Tucked away in Baltimore, MD and hidden from plain sight is Geppi’s Entertainment Museum. Opened over 11 years ago in September 2006, Geppi’s is a moderately sized pop culture museum. Special exhibitions are constantly rotating but inside you’ll always find a collection of over 60,000 amazing items including retro posters & artwork, collectibles, and rarities.

Tickets are reasonably priced and there are also memberships available.

The only way up to the museum is with an elevator spammed with pop culture decals… Random meters and dials, comic book character logos, and other references are plastered all over its walls:

And once you’re upstairs, you’re greeted by none other than the bounty hunter himself, Boba Fett!

Before you even pay for your ticket, you get an idea of the vibe awaiting you inside the museum. Vintage posters, framed art, things you’ve only seen on Google and Pinterest: 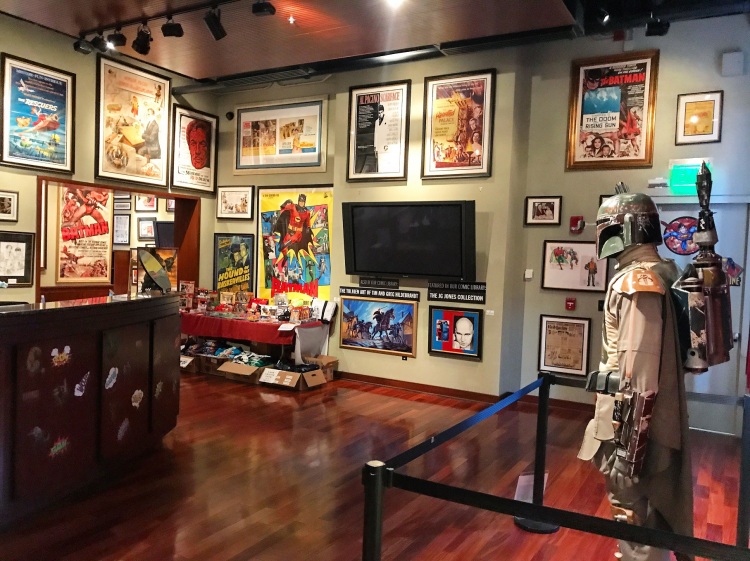 In no particular order, we began to wander the halls of this 16,000 square foot museum. And by chance we entered the massive room filled with old comic books and magazines… Amazing!

Not only did they have Superman’s first appearance, Action Comics #1 (1938), but also Batman’s first appearance, Detective Comics #27 (1939)! I’ve never seen these up close and in person before, so this was truly a one of a kind experience. Plus, this year Superman and Batman both released their 800th issues, so that’s something!

Not to mention all the other fantastic and iconic covers throughout the decades! 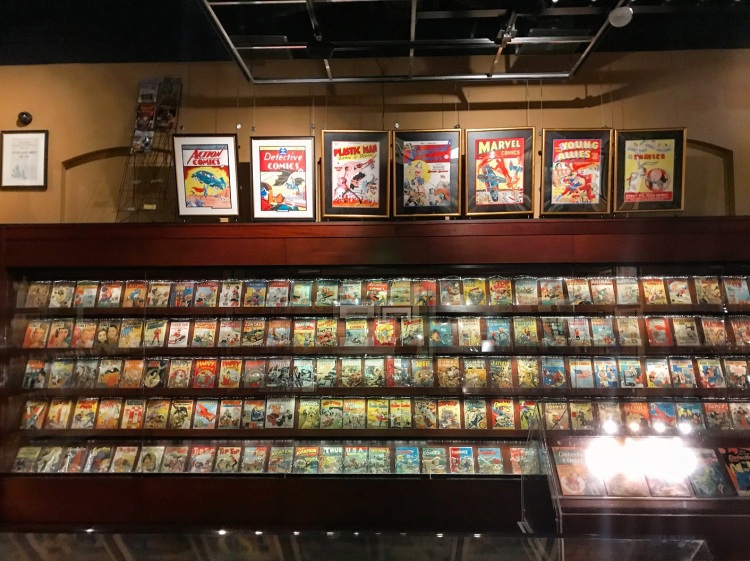 I thoroughly enjoyed each room, which housed its own era or theme. One room in particular was home to a very cool Daily Planet display case, surrounded by Superman artifacts and clippings. Toys, certificates, games, and art were all present here.

Check out this 1943 issue of World’s Finest #9 featuring Superman, Batman, and Robin throwing baseballs at the heads of the Axis alliance:

But one of the coolest rooms was the one that honored everybody’s favorite caped crusader… Batman!

Inside was a life-size statue of the Dark Knight, along with the iconic red 1960’s Bat Phone and Shakespeare bust with moveable head (see the video at the end for more)!

(Don’t worry if Superman is more your thing… Geppi’s has 2 lifesize statues of the Man of Steel!)

When I visited, Geppi’s was also running a special exhibit, “The Dark Knight Through The Decades”, which featured many rare collectibles and photos throughout the years. Autographed pictures, one of a kind art pieces, and more! It was a pretty hefty room, but here’s one part of it: 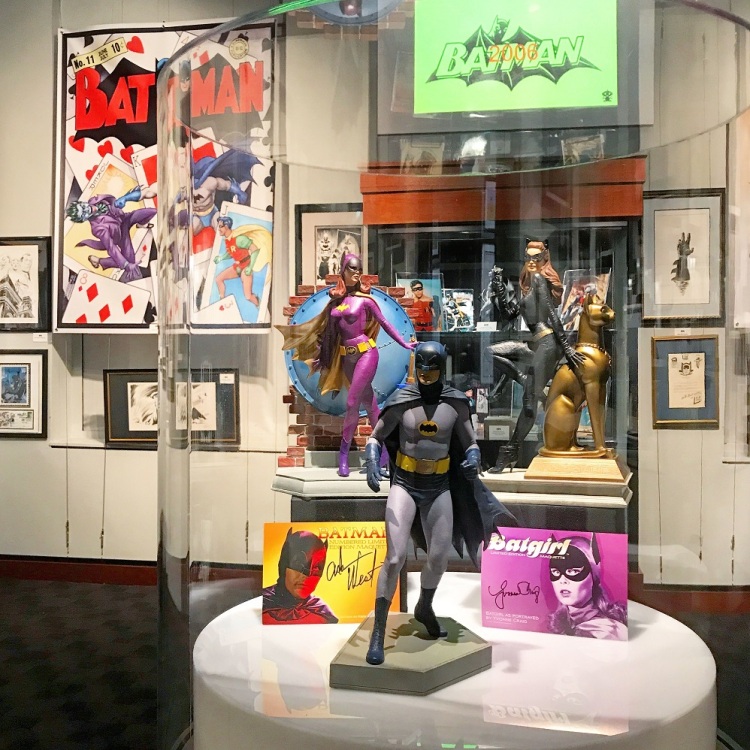 But with The Last Jedi releasing in one week (AHH!!), I’d be remiss not to mention all the great Star Wars items on display. 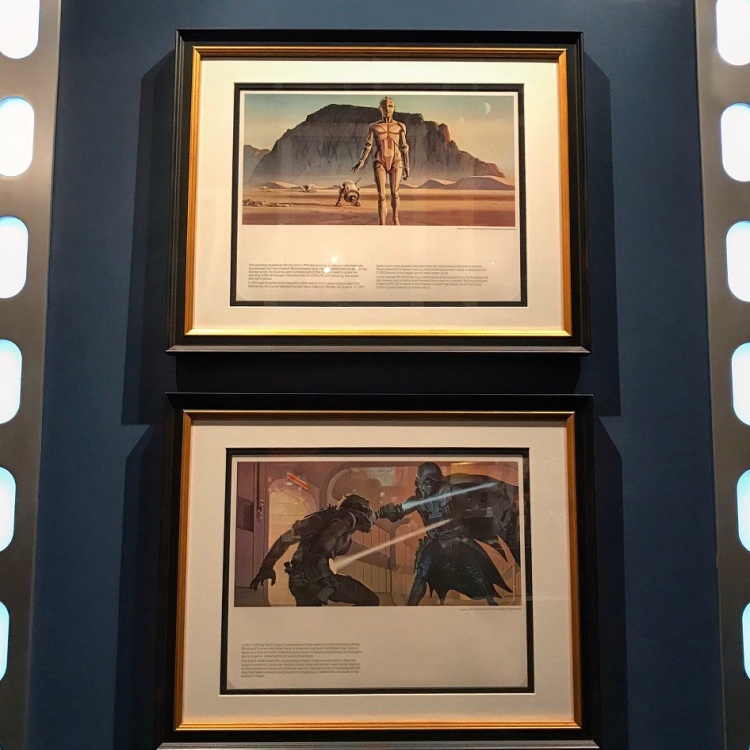 As a huge Star Wars fan, this was a lot to take in!

So much eye candy and so little time!

I couldn’t believe how many spectacular pieces this place had acquired… But it’s important to note that while many of the exhibits are Geppi’s, many are also on loan from dedicated collectors all over the world.

It’s what allows the museum to have such pristine condition collectibles displayed, like these Transformers toys of Grimlock, Hot Rod, and Bumblebee:

All in all, for the low admission price, Geppi’s Entertainment Museum is just that: entertainment. If you’re a collector, pop-culture pundit, or just love watching reruns of Pawn Stars or American Pickers, you have to check out Geppi’s!

And as if all of that isn’t enough, as you exit the museum you’ll walk through a very extensive gift shop! You’ll find modern collectibles both cheap and not, as well as an impressive selection of comic books. (If you’re looking for any back issues, be sure to ask!)

Try to walk out empty-handed!

So check out Geppi’s Entertainment Museum! It’s open Tuesday to Sunday from 10am-6pm and closed on some holidays. Check out www.geppismuseum.com for contact or more info.