Hey True Believers! From January 8, 2019 to March 30, 2019, the Museum of Illustration at the Society of Illustrators in NYC will feature a special tribute exhibit for comic book & pop culture icon Stan Lee. For decades, Stan was a pivotal part of the creative direction at Marvel Comics, and was responsible for the creation of many popular superheroes like Spider-Man, The Fantastic Four, Black Panther, Daredevil, Iron Man, Thor, and The Hulk! Many of these characters can be seen at the “Excelsior: The World of Stan Lee” exhibit, where about 50 original pieces of art are on display, as well as collectibles and memorabilia.

Here’s an idea of what to expect inside this astonishing exhibit, followed by a video walk-through at the end of this post! 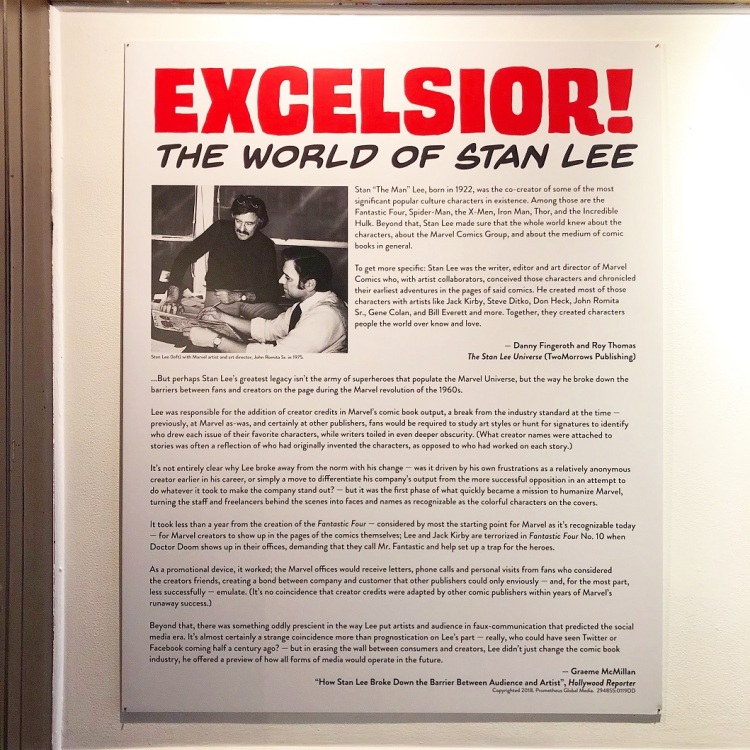 On the top floor of the museum, you’ll find walls and walls of amazing pieces for this exhibit: pieces by Jack Kirby, John Romita Sr., Don Heck, Mike Zeck, Steve Ditko, and so many more artists!

I really liked this Black Panther pin-up drawn by John Buscema from 1970: 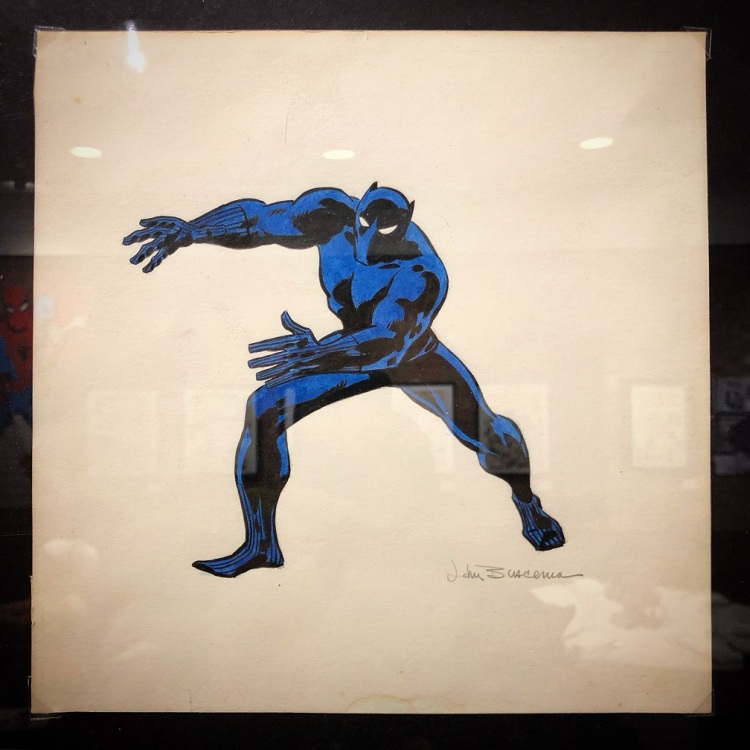 Following some of their recent incredible exhibits like The Art Of The Avengers and The Art Of Spider-Man, Excelsior: The World of Stan Lee shows you multiple ways in which “Stan the Man” had an influence on Marvel Comics.

Each piece was displayed with a corresponding tag containing applicable details such as artist name, year, and title/issue.

From “The Avengers” to “The Search For Pan” to even Namor the Sub-Mariner, there’s a little bit of something for every Marvel aficionado. 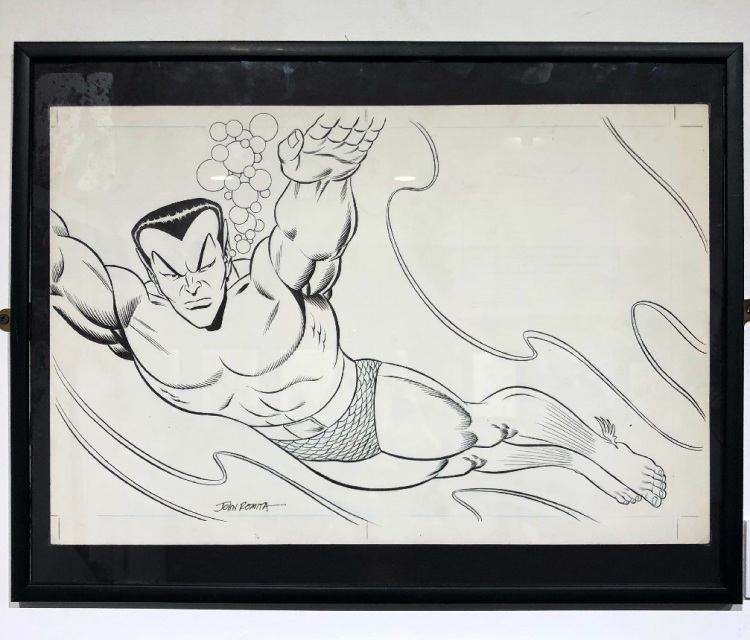 And in the glass cases on the 63rd Street side, the exhibit showcases some books ranging from vintage to modern that represents Stan Lee’s legacy. With a page titled “More Than Just a Cameo”, you can really appreciate all that Stan has done to shape the Marvel Universe as we know it! 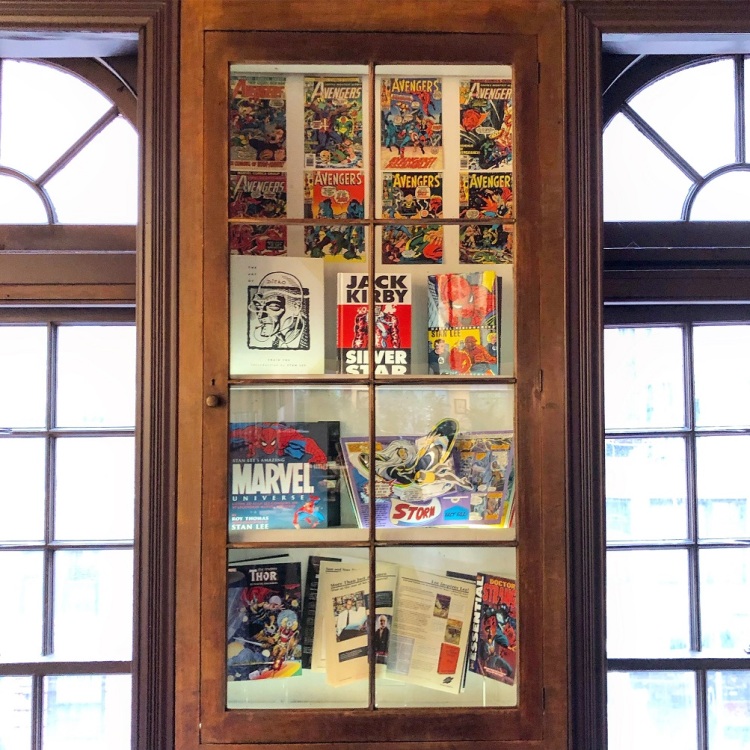 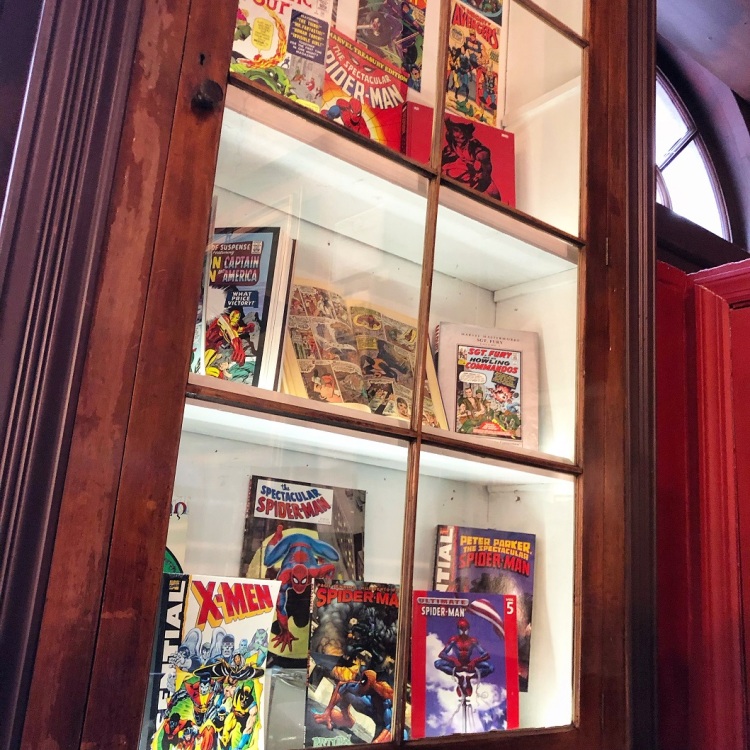 By these cases is the bar for the restaurant of the museum, The 128 Bar & Bistro…

Might I recommend Stan Lee’s favorite drink while you browse… the screwdriver? 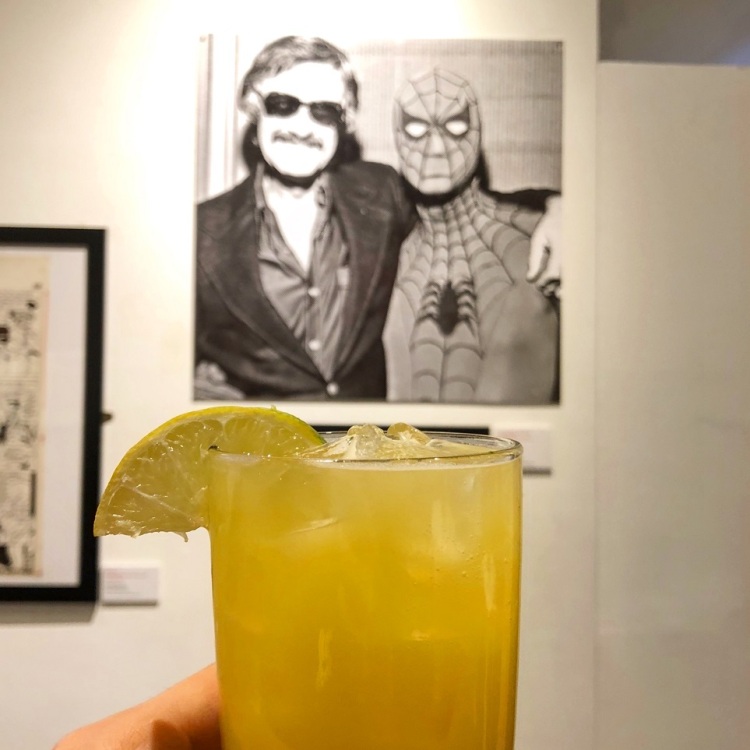 As you can see, the exhibit also has some vintage photos of Stan throughout the years. Many might recognize this look which is closest to his recent cameos in Marvel movies but it goes even further back! 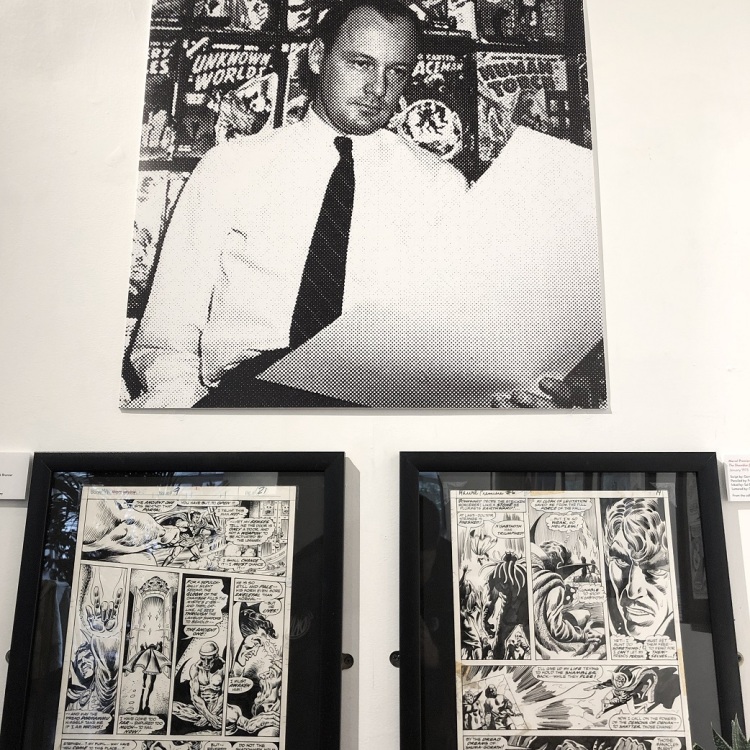 But my favorite part of Excelsior: The World of Stan Lee is seeing so much one-of-a-kind comic book art.

To be able to see the trial & error, mistakes, cover-ups, etc… it’s priceless! It just goes to show that all the success Stan Lee helped create was always a work in progress. 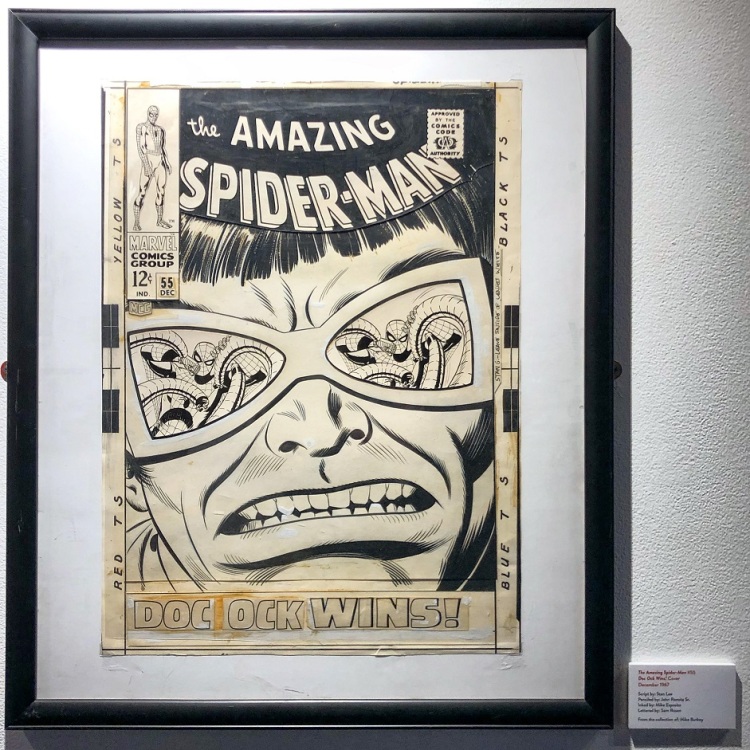 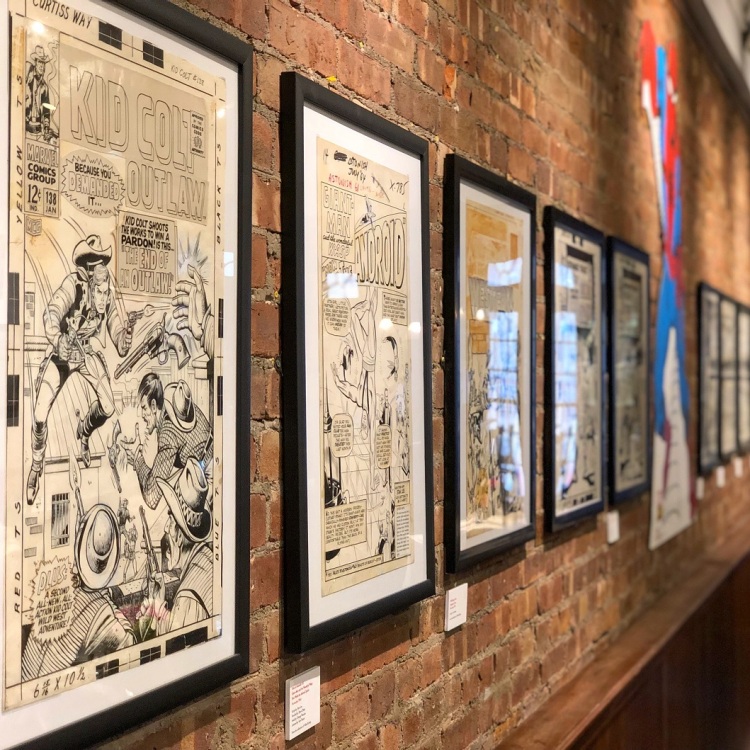 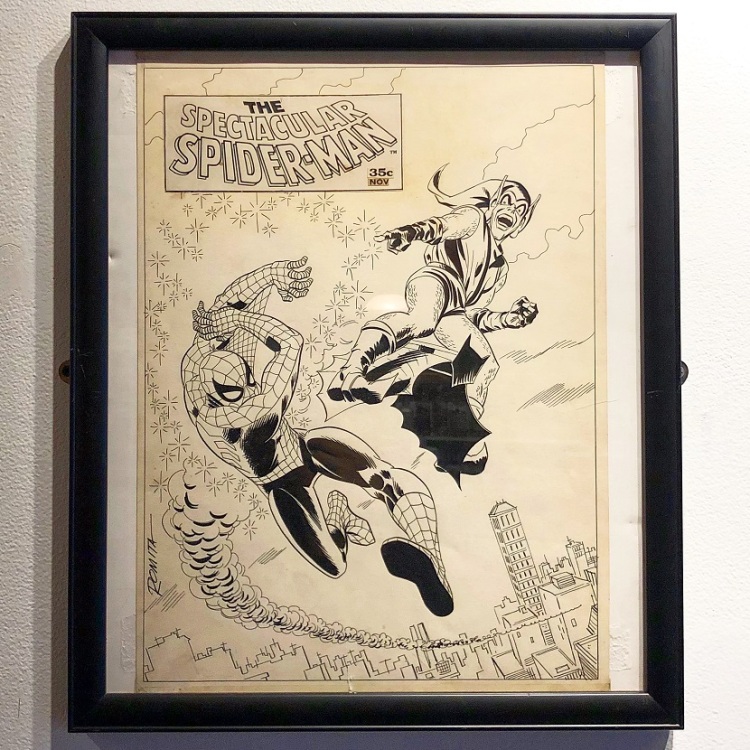 I took my time at this exhibit to really soak it all in and I hope you will too! Even though Stan is no longer with us, this is just one of the many ways we will always remember his legacy and his imprint going forward.

And in the Gift Shop there are even a couple of Stan Lee books that you can purchase as well! Excelsior! 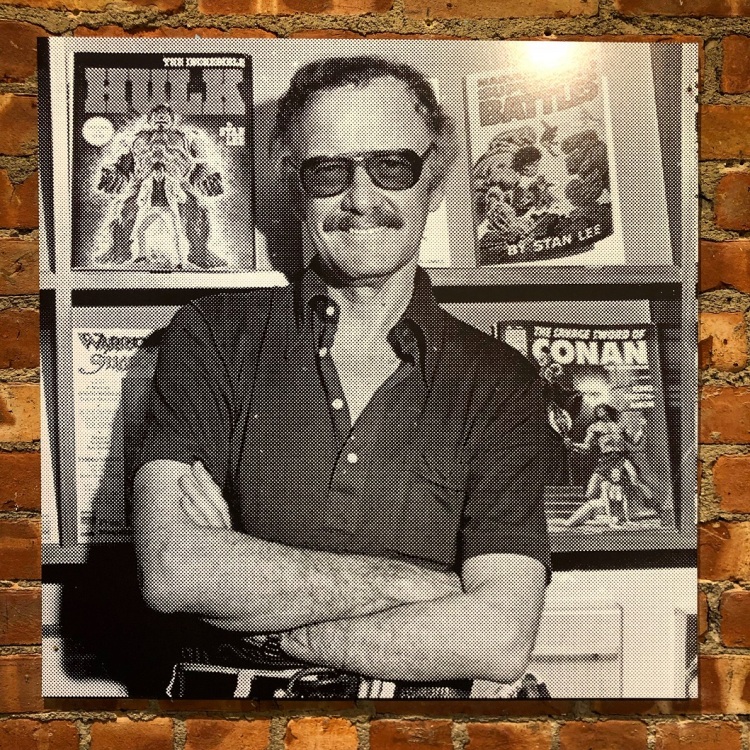 One thought on “Excelsior: The World of Stan Lee (Society of Illustrators NYC)”