Zoinks! From October 6-8, 2017, Warner Bros. partnered up with Boomerang and BoxLunch to bring some very iconic cartoons to life! To name a few: Looney Tunes, Tom & Jerry, and Flintstones…

In the style of Refinery29’s 29Rooms, this completely sold-out (but free) event contained a handful of interactive rooms & corridors that featured popular animated properties. Guests could fully immerse themselves in the world of Wile E. Coyote & Road Runner (with a “real” hanging anvil trap) or experience something spooky with Scooby Doo (complete with fog machine):

I chose Bamm-Bamm Thank You Ma’am!

They came in a specially marked cup with a color changing spoon! I’m telling you, the whole experience totally makes you feel like a kid watching Saturday morning cartoons all over again!

In the main hall was a line of tablets to watch clips of your favorite cartoons. But right by this section was the home of Bugs Bunny:

Pick up a giant carrot or two, pose with Bugs, or just grab a secret lollipop stashed inside his mailbox (you read that right)! You won’t be happier that it’s rabbit season!

As you feast your eyes on all the great wall decals and neon lights, you’ll also find some fantastic art pieces. The next room featured a collection of Marvin the Martian figures painted to resemble popular superheroes. Each was painted by a different artist. Here’s a “Wonder Woman” Marvin the Martian by Tony B. Kim: 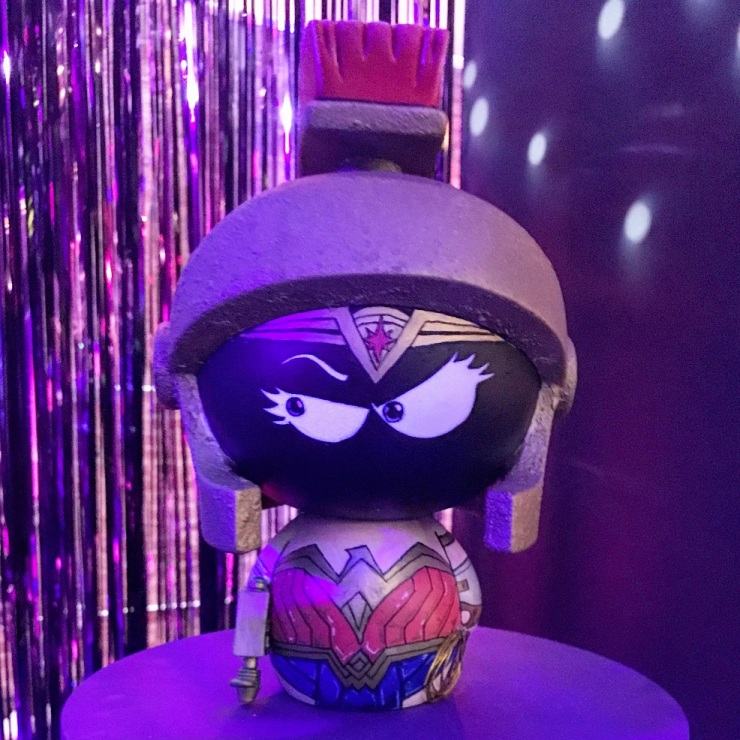 As you make your way towards the end, the exhibit doesn’t slow down yet… Giant Jetsons art can be found right next to the Warner Brothers Water Tower!

And if you blink, you’ll miss that clever cat Tom trying to catch Jerry! Sneaky sneaky… 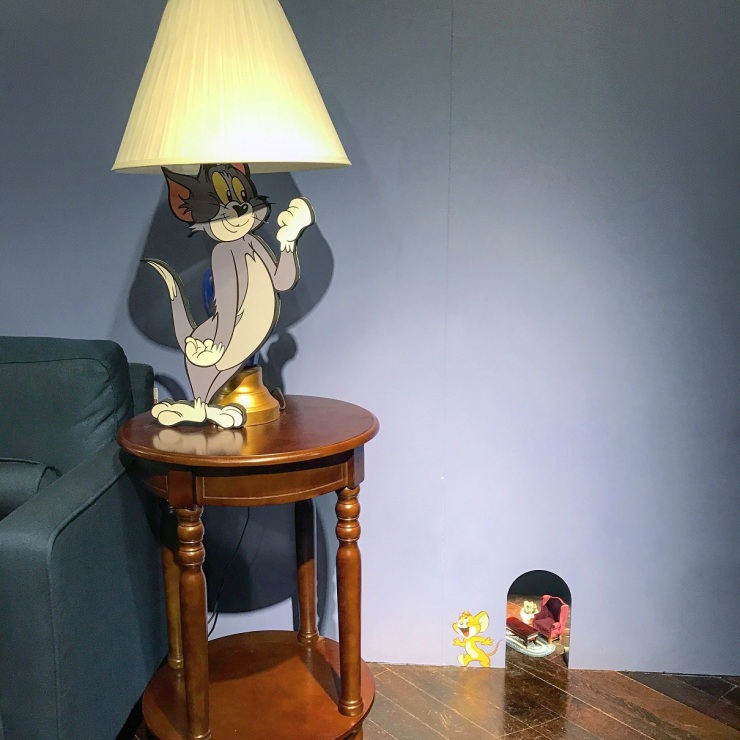 But all throughout the pop-up there were screens, big & small, playing clips from your favorite cartoons. It was great to just sit back and enjoy the atmosphere, while eating our ice cream. Mind you, this was all during New York Comic Con 2017, so some sitting was absolutely priceless!

There were also some fun inflatable chairs by the gift shop, accompanied by (you guessed it) more cartoons! 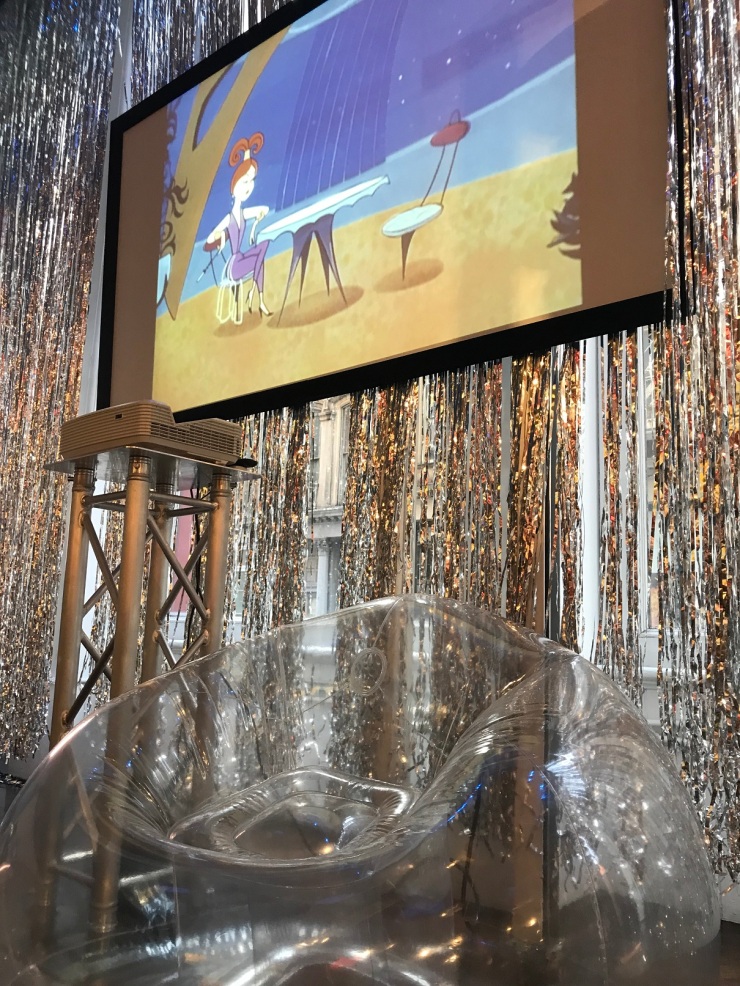 And the gift shop itself was pretty extensive. Brought to you by BoxLunch, you had everything from apparel to accessories: Flintstones hats, water bottles, Space Jam shirts, even Funko Pop figures!

The Get Animated Invasion Pop-up was a lot of fun and even though it wasn’t necessarily huge, it had tons of photo opportunities – plus it was completely free! Be sure to scroll to the bottom for a quick video tour of the pop-up! 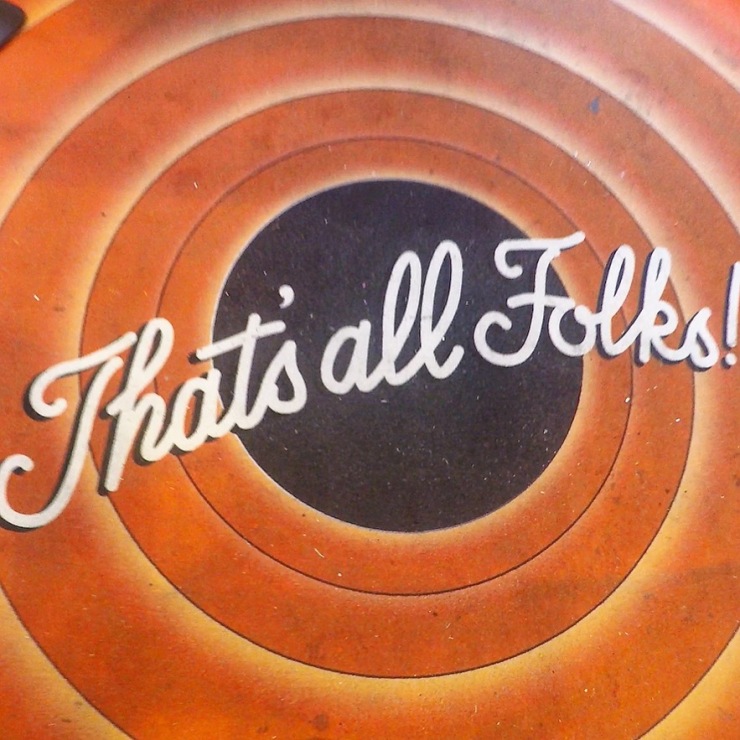