I had the honor of attending Disney’s first ever Star Wars: Galactic Nights at their Orlando Hollywood Studios on April 14, 2017. Coincidentally, it overlapped with Star Wars Celebration at the Orange County Convention Center which I also attended, so the Force was very strong that weekend!

Galactic Nights is a single night event taking over the entire Hollywood Studios park, transforming the area into one giant Star Wars attraction! Since it was the galaxy debut, no one knew what to expect with the $129 admission… except for:

Here’s a glimpse of the Star Wars themed pieces referred above:

Each piece puts together a mini poster on the back of your badge to reveal a collage of all the Star Wars film (to date), and when placed under a special light during the fireworks spectacular, reveals a special message: Celebrating 40 Years, May The Force Be With You.

The event was truly special because only special ticket holders could stay in the park for the event as others were escorted out. And though the night was short, it was a very packed schedule. Starting with the Motorcade, a slew of Star Wars celebrities drove down Hollywood Blvd. including Anthony Daniels (C-3PO), Peter Mayhew (Chewbacca), Warwick Davis (Wicket), Ray Park (Darth Maul), Alan Tudyk (K-2SO), Daniel Logan (Young Boba Fett), and Andi Gutierrez & Anthony Carboni from the Star Wars Show.

That led to this epic photo op:

If you’ve never experienced Star Wars Weekends (when it was around) and can’t afford to attend Star Wars Celebration, I highly recommend Star Wars: Galactic Nights. It’s just a fun-filled time with elements that make you feel like a part of the Star Wars universe! I mean, check out some of this amazing Star Wars themed food:

Always wanted to try the Star Wars lightsaber churros and we finally did at Disney's Galactic Nights! Impressive, most impressive! #GalacticNights

And what’s unique to Star Wars: Galactic Nights that you can’t find at conventions is the Star Wars Launch Bay.

Step inside and browse some of the galaxy’s finest offerings! Props, art, costumes, and even character meets! I got to meet Kylo Ren & Chewbacca and even collected character trading cards along the way. 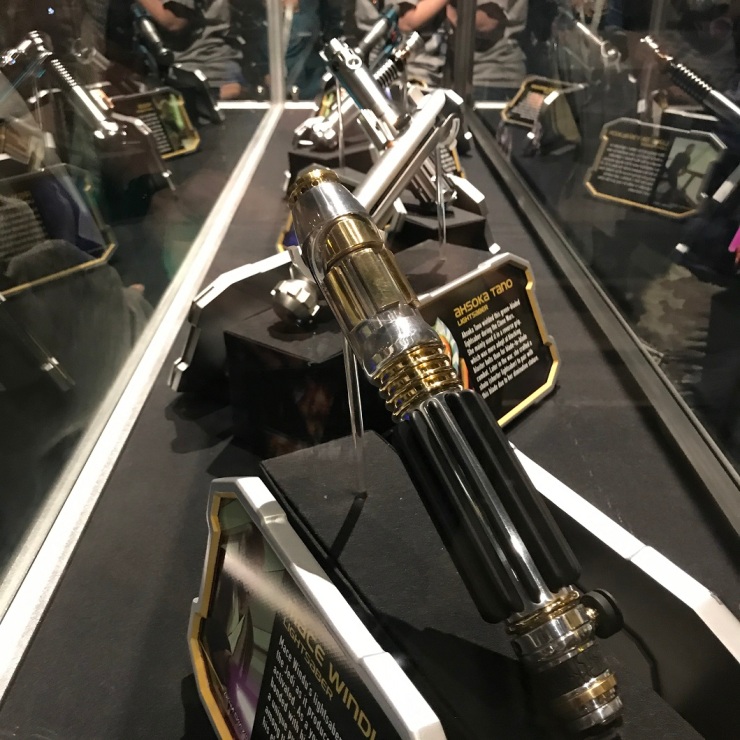 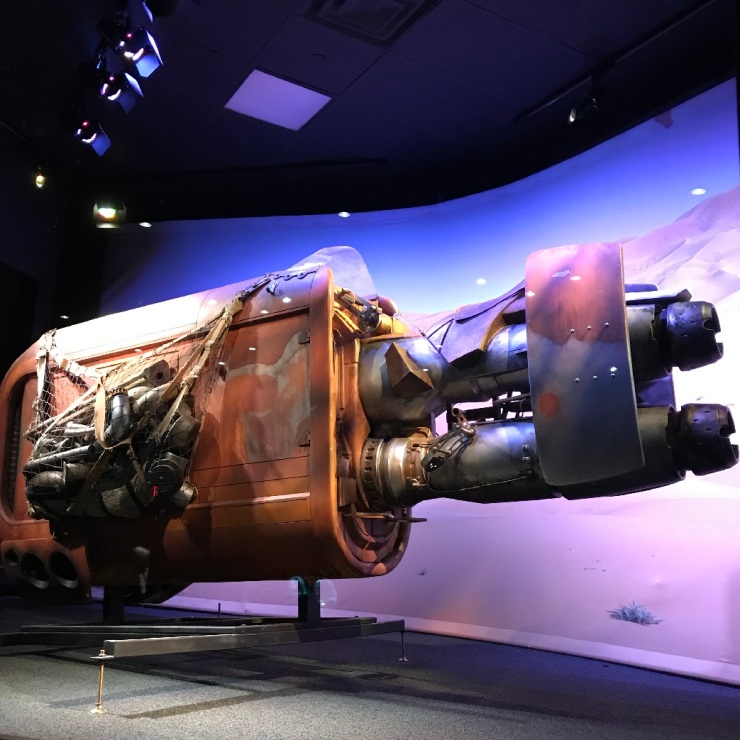 Be sure to check out the stores set up around the park to score some awesome park exclusives – collectibles, lightsabers, action figures, etc…

And on TOP of all that, most of the park is still accessible and maybe even Star Wars-ified: Rock ‘n’ Roller Coaster changed up its soundtrack with some classic John Williams score as you soar through the ride. It was epic!

I don’t know how many times I rode Star Tours but because this was a private event, the lines were almost nonexistent!

And of course Padawan training was still happening outside Star Tours:

If only they offered autographing sessions like they used to do at Star Wars Weekends… But again, I guess that’s what Star Wars Celebration was for!

But for 5 solid hours, my night was filled with fantastic photo ops and memories at the first ever Star Wars: Galactic Nights.