Here in America we’ve seen the typical flavors for Kit Kat: Milk Chocolate, Dark Chocolate, and even White Chocolate… but overseas, Nestlé has been experimenting with limited edition flavors such as matcha, cheesecake, soy sauce, sweet potato, and so much more! In fact, they’ve released over 300 flavors in the past 2 decades!

But 2018’s latest craze is the pink Kit Kat. The good news is that there are a few ways to get your hands on them: a bag of 12 mini raspberry Kit Kats, a 4-pack box of mini strawberry Kit Kats, and the highly sought-after Kit Kat Chocolatory Sublime Ruby (the world’s first ruby cacao bean chocolate)… but the bad news is that today being Valentine’s Day, you probably won’t be able to find them in time for your sweetheart. 💔

If it’s any consolation, all varieties of the pink Kit Kat would break the bank:

This bag of 12 mini raspberry Kit Kats will cost you $12-15, which is at least a dollar per mini pack.

And the pièce de résistance: a single stick of Kit Kat Chocolatory Sublime Ruby is anywhere from $20-30! If you’re worried that one stick won’t be enough, there are 4-packs that go for about $80!

So now let’s go through the different types and flavors. At the end of this post, I’ll rate them and tell you which one was my favorite! 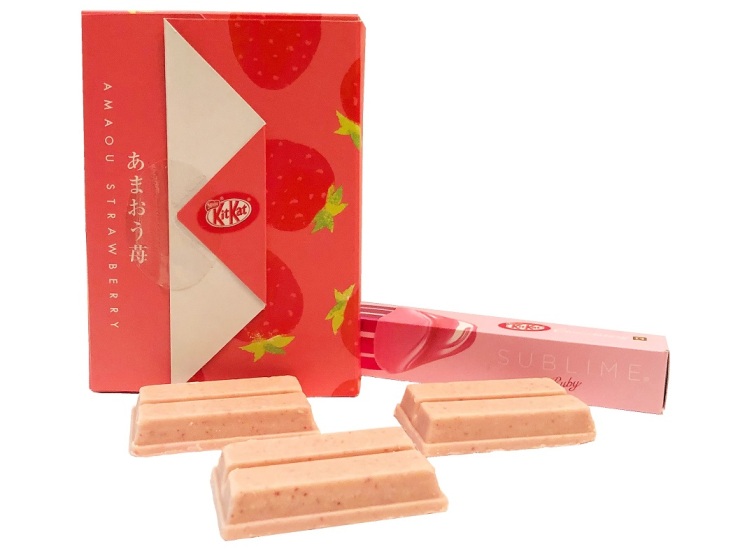 The mini raspberry Kit Kats were the cheapest so I started with those first. The texture is exactly what you would expect from Kit Kat, nothing different there. But the taste of raspberry was very prominent – a combination of sweet and tart, it was very berry! As you can see in the above picture, they have a slight graininess to them, almost like the seeds of a berry.

The mini strawberry Kit Kats were sweet as well, but less tart. I actually enjoyed these a lot and I even liked the color of them better. They were more convincing as a “pink” Kit Kat. But the packaging seemed more red: 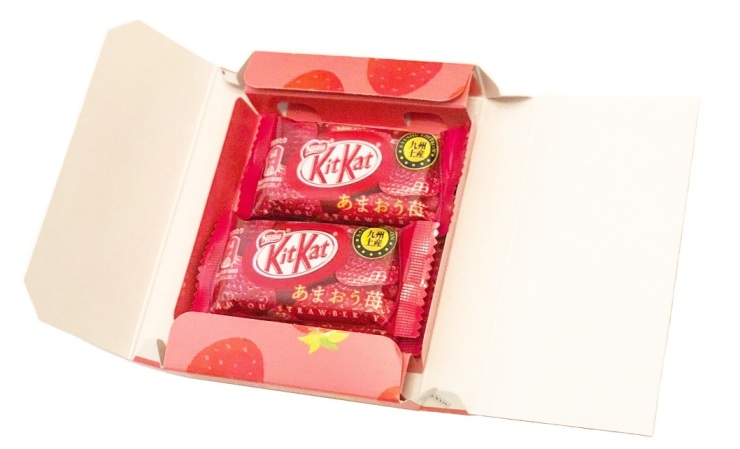 Finally, the Kit Kat Chocolatory Sublime Ruby. Debuting just a few weeks ago, it’s the first new natural chocolate to hit the market in 80 years. Swiss chocolatier Barry Callebaut developed this deep pink chocolate from the ruby cacao bean, which has a natural pink color. The taste was unique and had similarities to berries. I can see why this rare chocolate fetches such a high price! 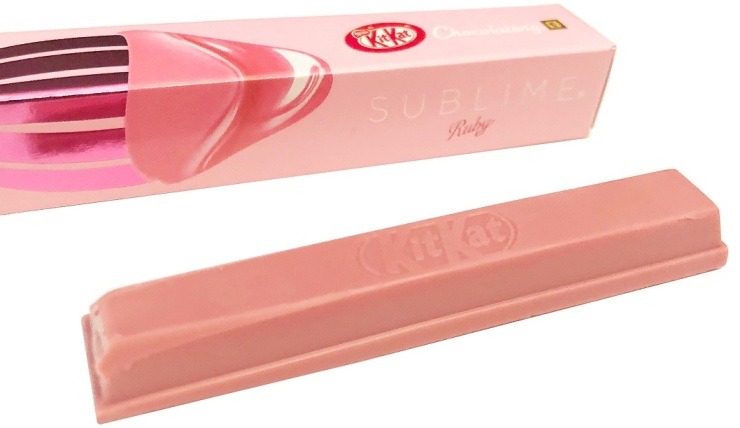 Hershey, the U.S. distributor of Kit Kat, said that they have no current plans to bring this Kit Kat to the States. So your best luck is finding them online or possibly in a Japanese market!

So who won the Kit Kat shootout?

The three Kit Kats were all delicious and how can you go wrong with pink? But in ascending order, I’d rate them as (3) raspberry, (2) Sublime Ruby, and (1) strawberry!

Wherever you’re at and no matter what chocolate you receive today, I hope everyone has a happy Valentine’s Day! 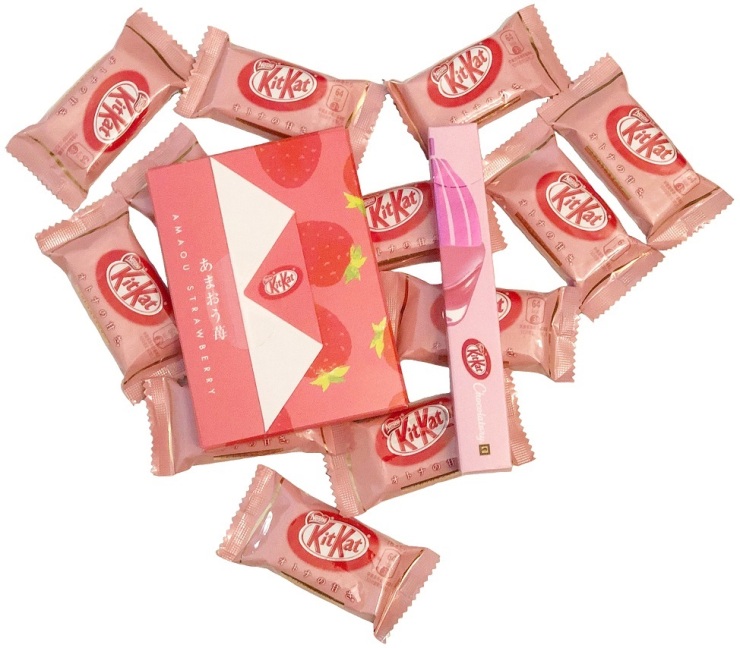