Zapp Comic Con 2 is a sequel to last year’s ZCC and because it’s such a momentous anniversary, I knew I couldn’t miss this one! I had heard a lot of great things about their first con so I was looking forward to checking this one out. (Be sure to watch the video at the end of this post!)

With a motto like “A Comic Con For The Comic Fan”, Zapp aims to bring their comic con back to the roots: tons of long boxes filled with their warehouse inventory, cozy panels, local vendors, and art from established & on the rise artists.

Housed inside the Wayne Fire Co. #1, Zapp Comic Con was an all-day affair from 9am to 7pm. But (200) fans with the Early Bird Pass were able to enter at 8am. If you’ve been to a comic book convention before, you know that your best shot at grabbing all the items you’ve been chasing is by coming in early! That’s exactly the case with ZCC because Zapp makes it all about the comics.

Everyone with their badge received a stamp on their hand for re-entry, as well as the day’s program and a $5 coupon good at either Zapp Comics location from April 2 to May 4 (which already breaks you even from the $5 badge fee). There were also a limited number of Rick Sanchez keychains given out to the first 200 customers. Schwifty!

Having seen Zapp’s behind the scenes videos and also year 1’s recap video, I knew that the space would be snug. But surprisingly, it was neither congested nor limited – there was plenty of room for people to filter through and more than enough boxes of back issues. The best part? We’re talking about alphabetically sorted $1 bagged comics (as old as the 60’s), $2 bagged & boarded books, $5 trade paperbacks & hardcovers, and some hard to find variant covers! You wouldn’t believe how many attendees I saw with notebooks filled with countless issue numbers they’re after. 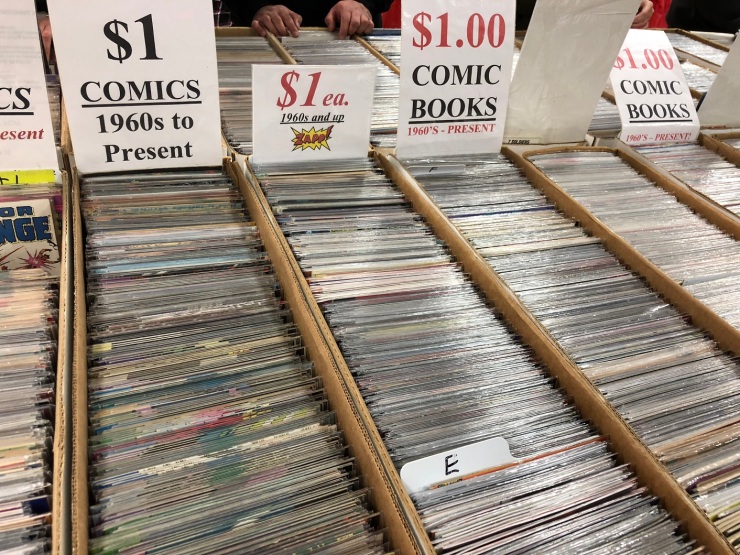 I had one goal for my personal hunt: 1st printings of Dark Nights Metal #1 & #2. Not only did I get them, I also picked up some other great comics for only $1 each! 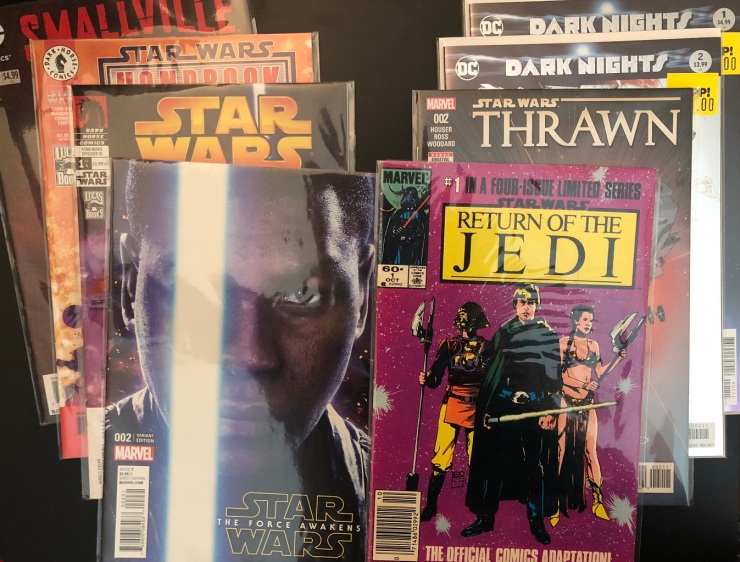 Unlike large comic cons, Zapp offers a handful of panels back-to-back in a single room:

I only attended the Comic Book Trivia panel but it was very entertaining and just as informative! The winner took home two tickets to next month’s East Coast Comic Con.

Another event held during the bulk of the day was the Retro Arcade Challenge. Though it was held outside, the weather was absolutely beautiful so it was fun watching contestants attempt to complete challenges for prizes like Funko Pops, Zapp Comic Con posters, and East Coast Comic Con tickets.

And what’s a comic con without some collectibles?

Zapp put out some of their highest demand brands including Marvel, DC, Disney, Star Wars, Funko Pop, and much much more. Granted, it was a much smaller space than the comics but it was a good amount and priced to move!

You also had a very tight group of talent in Artist Alley including, but not limited to: Chris Campana, Andrew MacLean, Fernando Ruiz, Adelso Corona, Nick Justus, Emma Kubert, and a special appearance by Joe Caramagna later in the day.

Check out this amazing Topps AP sketch card I picked up from Nick Justus! 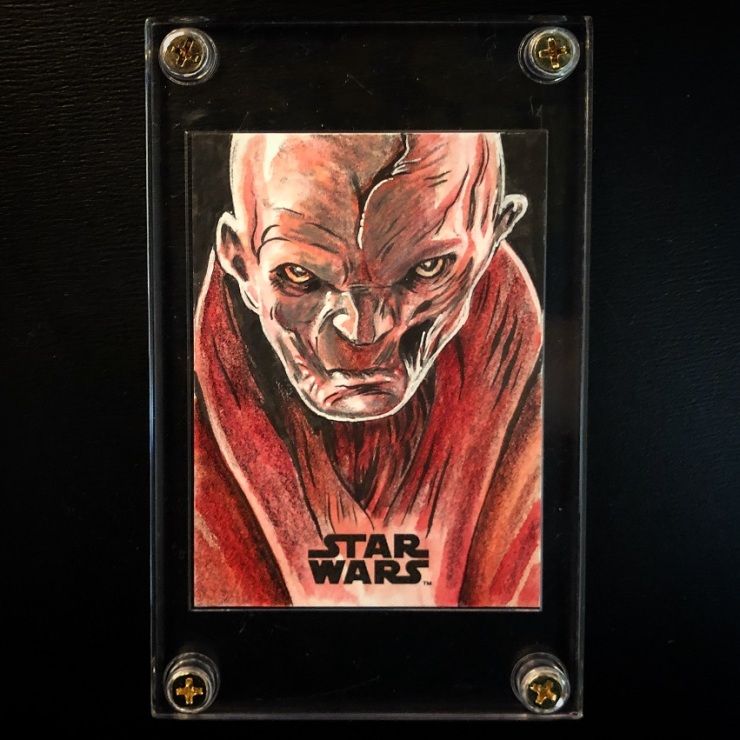 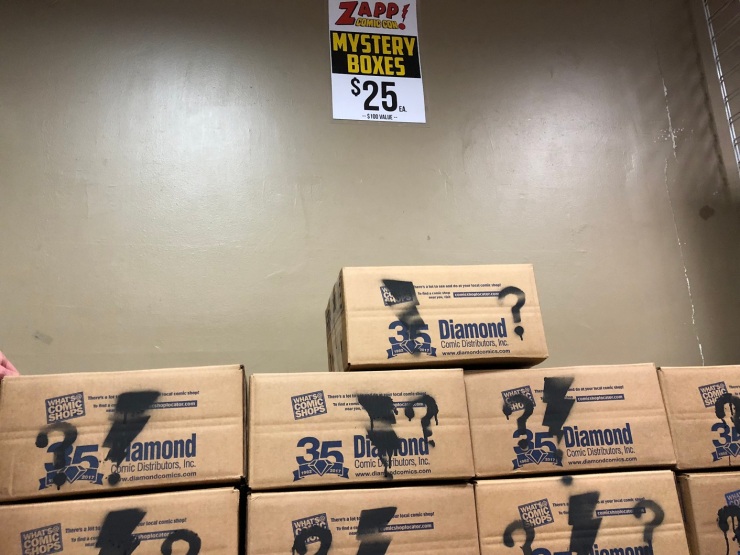 At $25, you’re looking at a $100 value inside – anything from comic books, paperbacks, toys, miniatures… But the real mystery was the fact that 20 of these boxes contained an ultra prize on top of the original contents!

I opened mine and lo and behold… 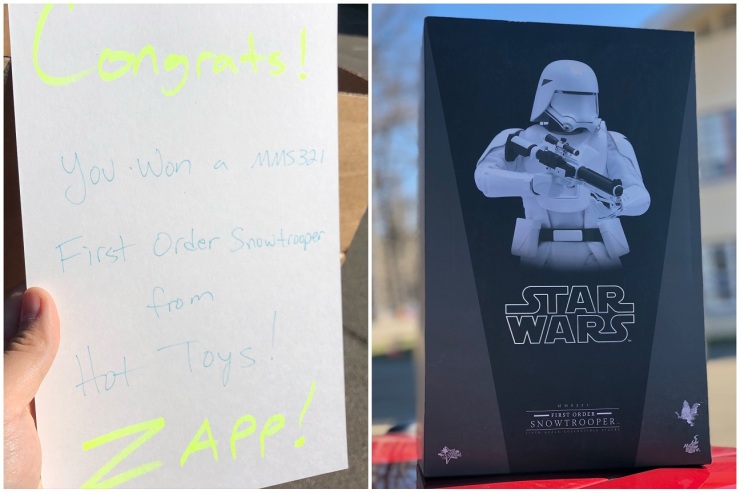 Unbelievable! And like I mentioned, this bonus prize is even on top of all the other goodies inside the mystery box. The other items I got were a huge stack of comic books, a paperback of Power Pack Classic, an older issue of Image+ magazine, some mystery bag keychains, and a Funko Batman (Robot) from The Animated Series. Win!

Lastly, food trucks Kaiju Kitchen and Empanada Guy were present outside and I got to try the Oolong Shredded Pork off of Kaiju Kitchen’s special Zapp Comic Con menu – seared & slow-braised pork with a side of Kaiju Rice and Singapore Slaw. With a touch of their house Thai spicy sauce, it was absolutely killer!

Here’s a little bit of everything that happened at Zapp Comic Con 2: