For its 21st year, Big Apple Comic Con brought in a number of celebrities, comic book guests, artists, and all kinds of vendors. It’s a comic con that’s been around so long, you know there’ll be a little something for everyone… Mike Carbo’s curated them all!

The aisles quickly filled up with all kinds of comic book fans. Whether it’s cosplay, graded comic books, vintage collectibles, or autographs, chances are you’ll find an exhibitor with exactly what you need!

Imagine not one, not two, but countless dealers with hard to find wall books! We’re talking about first issues, first appearances, rare variants… you name it! And I think that’s a lot of the fun of attending a comic con. With so many comics spread across the show floor, you’ll have an exciting time hunting down those elusive books on your list. From the really expensive Golden & Silver Age comics to the random $1 bin, you could be walking out with long boxes full of comics alone!

On top of the comics themselves, you have the opportunity to meet some amazing comic creators as well. Big Apple was able to bring on board well known creators such as Jim Steranko (who even had his variant cover of the upcoming Action Comics #1000 for sale 3 days early!), Michael Golden (co-creator of X-Men’s Rogue), and Neal Adams (known for his work with DC Comics). 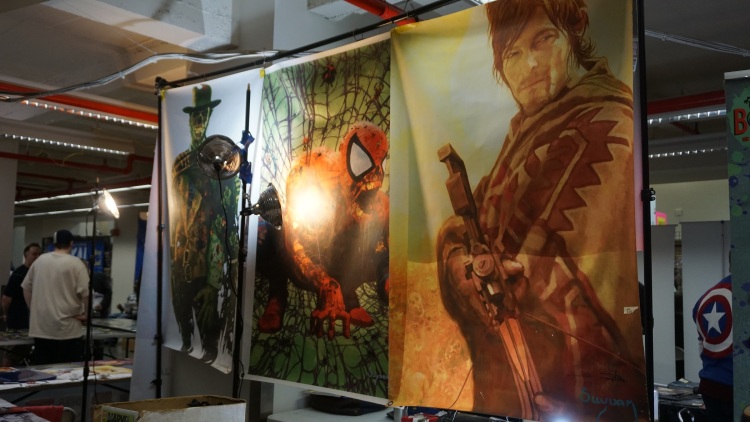 Fans could meet these creators for exclusive prints, an autograph (whilst also getting their signed comic book witnessed & slabbed by CGC) or if they’re lucky, an actual sketch!

But I know a lot of people are really into the local art scene as well, which is why Artist Alley is where it’s at. Dozens of talented artists on the rise were located against the south wall of the show floor. 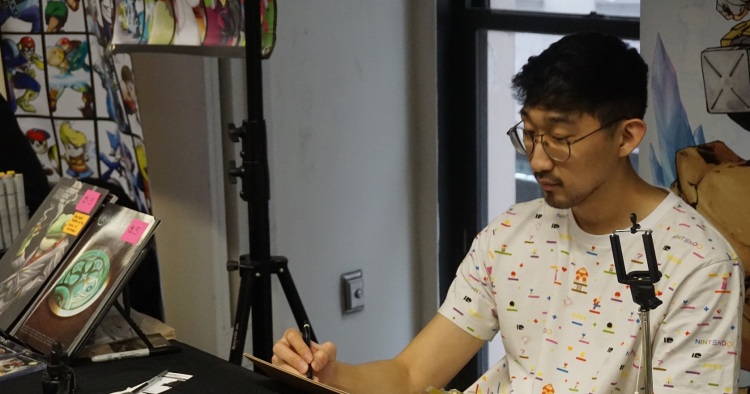 Many of them were hard at work with commission requests, where fans have them sketch/ink/color specific characters for prints, comic book blanks, or personal art books. These range from headshots, busts, full body poses, or even an assembly of characters!

It was also common to find artists who had art all ready for purchase – prints, cards, stickers, buttons…

(Bun Leung‘s stickers are a popular choice and cover a multitude of franchises!)

I personally picked up a couple cards from Mel Doodles for my nieces – the top left Disney Lilo/Stitch & Tangled cards: 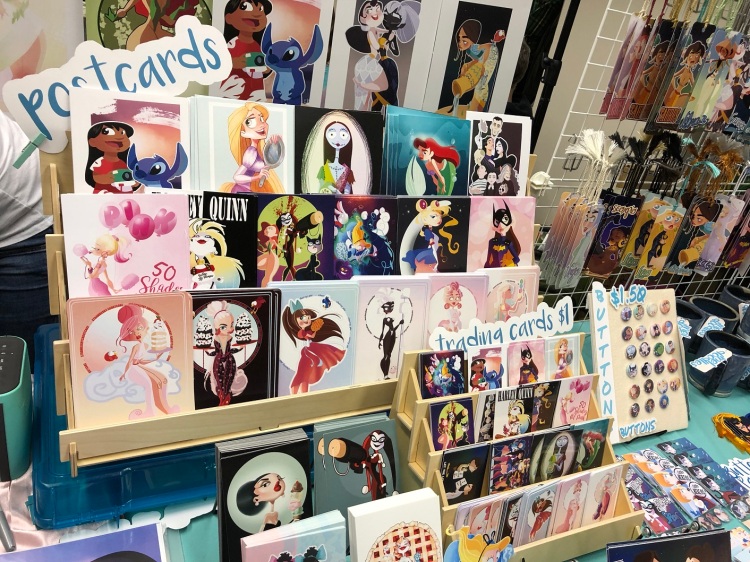 And as if the weekend weren’t already packed with panels, interviews, photo ops, and live streams… 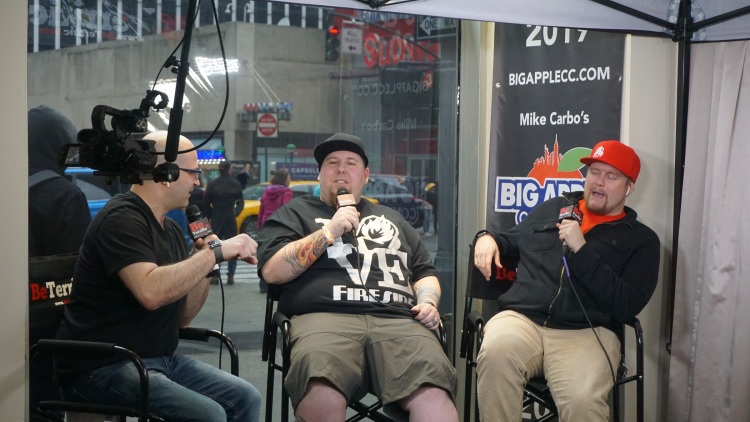 You could even line up to meet some great celebrities along the way!

Imagine being able to say hi and get an autograph from Wilson Cruz from Star Trek: Discovery, Jenel Stevens from Black Panther, Cas Anvar from The Expanse, Jerome St. John Blake from the Star Wars prequels, John O’Hurley from Seinfeld, Nicholas Brendon from Buffy The Vampire Slayer, and so many more!

I personally got to go up and meet Johnathon Schaech who is known for That Thing You Do (one of my favorite movies) and for playing Jonah Hex in the CW’s Legends of Tomorrow (one of my favorite shows). Very nice guy who is new to the convention scene and just wanted to start meeting the fans! It’s fan-tastic!

But on the way out, I had to make sure to check out some of the great merchandise for sale.

LEGO Minifigures are always a hit and the best place to get them is Brick Swap USA. While you could easily get LEGO knock-offs at any other booth for a fraction of the cost, Brick Swap USA is one of the only vendors in this region who sells 100% genuine minifigures. You can always count on them to have some really rare and exclusive ones too! 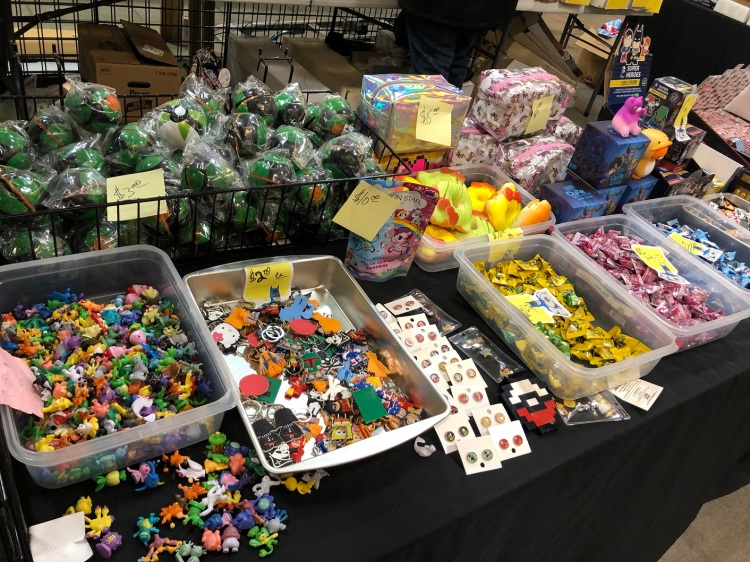 There were also tons of dealers who were selling all sorts of knick knacks… keychains, patches, squishies, blind bags… and everyone’s favorite: Funko Pops! 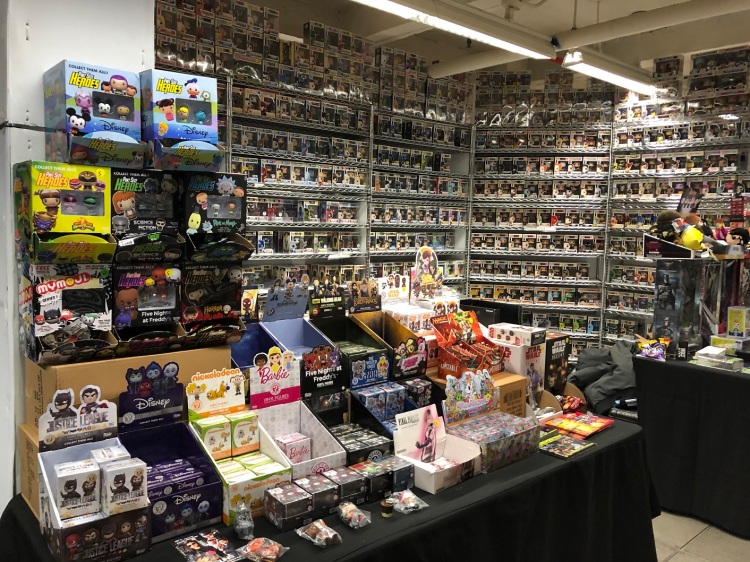 What I loved (and you might too) about Big Apple Comic Con is that though it’s not a huge convention, it still offers a lot to the fan who’s seeking for a con that has it all. Even if you’re not looking to meet a celebrity, or obtain an autograph or sketch, there’s just so much to look at that even if you walked around the floor twice, you probably missed something the first time around!

And with so many fans walking around, you’ll never know who you missed cosplaying as your favorite character(s)! Just look at this amazing duo of Defenders, Jessica Jones & Luke Cage! 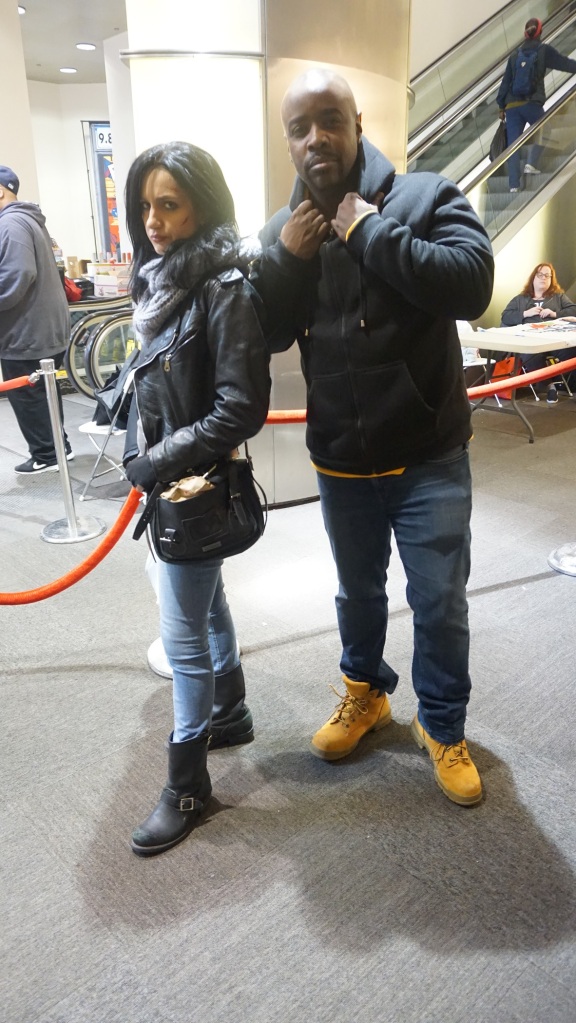 So although Big Apple Comic Con has come and gone for this year, Mike Carbo’s already got next year’s dates set. And he’s promised even bigger & better things for the coming years!