“BookCon is the event where storytelling and pop culture collide.”

Hosted by ReedPOP (New York Comic Con, PAX, C2E2, Star Wars Celebration, MCM, etc…) at the Javits Center, you know that you’ll be immersed in an epic event full of good times with more authors & publishers than you can count, one-of-a-kind exhibitors, and of course panels & giveaways too! With so much going on at BookCon, treat what I’m about to say simply as a dust-jacket blurb! There’s just way too much to see & do… but if you like what you read, watch the video at the end for a more in-depth look! 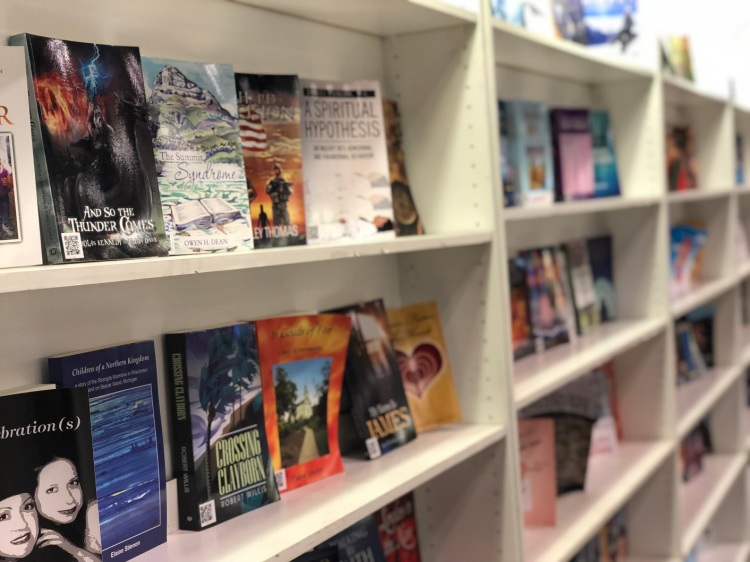 With an attendance of roughly 20,000 people on Saturday & Sunday, BookCon attracted readers of all ages and fans of all genres. Even exploring the show floor I was able to experience a plethora of styles and offerings – from children’s books to best sellers, from graphic novels to indie releases.

If you’ve never attended BookCon before, the first thing you’ll want to take advantage of is a complimentary tote bag (or 2, or 3…)! You’ll want to do this because first off, many of the booths have amazing giveaways like samplers or even complete books. And secondly, there are just way too many great deals to turn down!

Staff members at every booth were all very friendly and sometimes just by signing up for their mailing list you could win additional free stuff!

Not only that, you’ll come across unbelievable offers like 50% off, buy 1 get 1 free, or even low flat rate prices throughout a particular booth! Here are some of the books I was able to get:

I was able to speak with the staff at Little Hippo Books who publish the two books above “Goldilocks and the Three Bears” and “The Three Little Pigs”, which use a special 4D augmented reality app to make the books come alive! This totally takes reading to the next level, especially in this day & age where kids may want a little extra oomph from their reading. Definitely check them out!

BookCon is also a great way to get a first look at up & coming brands & publishers. You get a first glance at new books, toys, or even apparel!

But you may be wondering like those who’ve already asked me: “Is BookCon only for avid readers & aspiring authors?” The answer is no! On top of all the interesting books for sale and on display, there are also loads of interactive experiences as well! 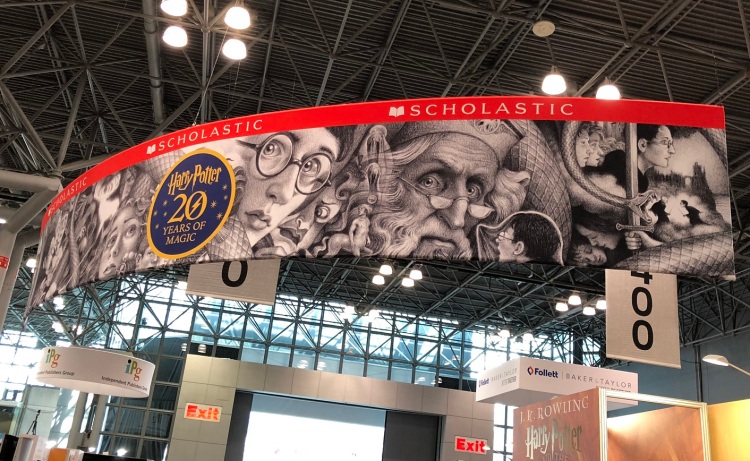 What was especially special about this year’s BookCon was that it was celebrating several special anniversaries like the 30th anniversary of Where’s Waldo? (including a special scavenger hunt around the con) and the 20th anniversary of J.K. Rowling’s Harry Potter!

Scholastic Books had an incredible booth set up to promote Harry Potter and the new anniversary covers releasing June 26, 2018. They even had a “Muggle Wall” for fans to write & share what Harry Potter means to them, and a photo op to recreate the iconic cover of Sorcerer’s Stone (complete with props)! 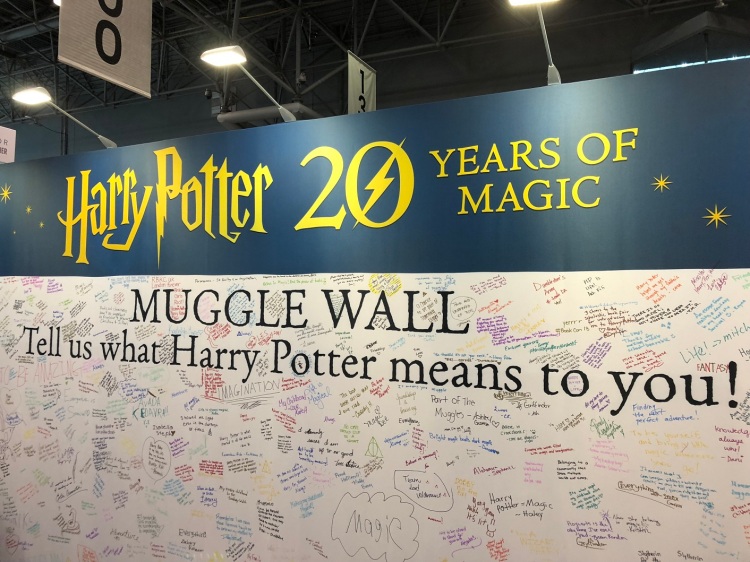 Additionally, fans could participate in other book memory walls like “Share The Book That Changed Your Life”: 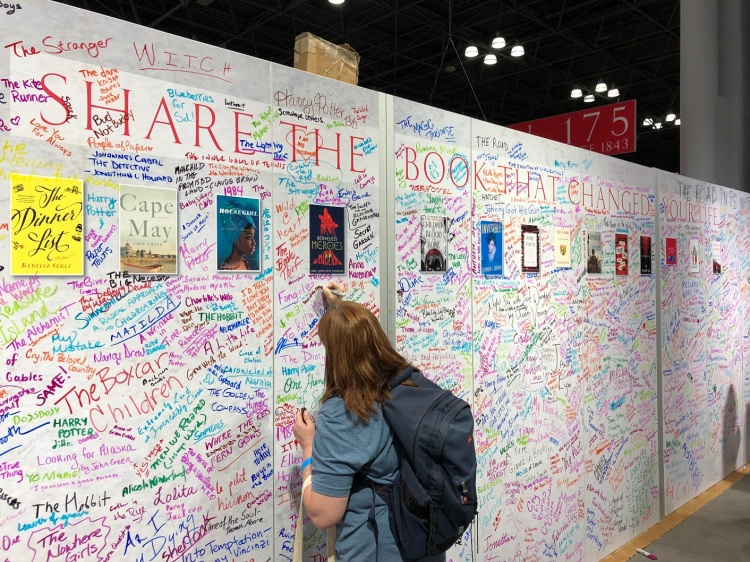 Or “Tells Us What Books Mean To You!”:

And there were plenty of other photo ops after you were able to pick up all your favorite reads. With the time I had to spare, I swung by to take a pic with Branch the Troll from DreamWorks Trolls The Beat Goes On! from Netflix, Elmo from Sesame Street (via Phoenix International Publications), and the cast of the film Book Club! 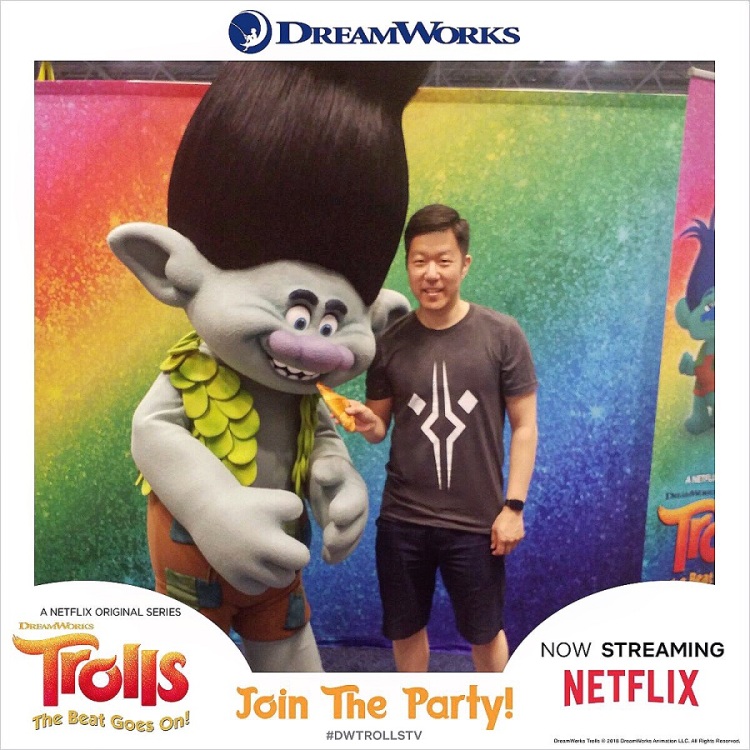 But in closing, I would have to say that the most energetic and lively part of BookCon was the autographing and meet & greets!

Many of the main authors and illustrators were in the autographing hall, while some were strictly in-booth or ticketed events like Omar Epps, President Bill Clinton and James Patterson.

You’d be surprised how many authors & illustrators also have a hand in many comic books! I actually brought a bunch of mine for these meet & greets. I was able to meet Mariko Tamaki for Hulk #1, Iván Brandon for Batman Black & White #5, Brooklyn Allen for The Powerpuff Girls: Super Smash-Up #2, Richard K. Morgan for Black Widow: The Things They Say About Her #1, and Fred Van Lente for Iron Man Legacy #1 & All New Savage She-Hulk #1.

My favorite author to meet was Ashley Eckstein, founder of clothing line Her Universe, voice actor behind Ahsoka Tano from Star Wars, and now author of It’s Your Universe!

It’s always a pleasure seeing her and talking about all things geeky – and believe me, she definitely knows her fair share & can keep up!

Ashley had pre-signed copies of her book at the Disney booth, which included a limited edition Ahsoka pin, but also took a few minutes to talk to all the fans, even posing for a picture too! 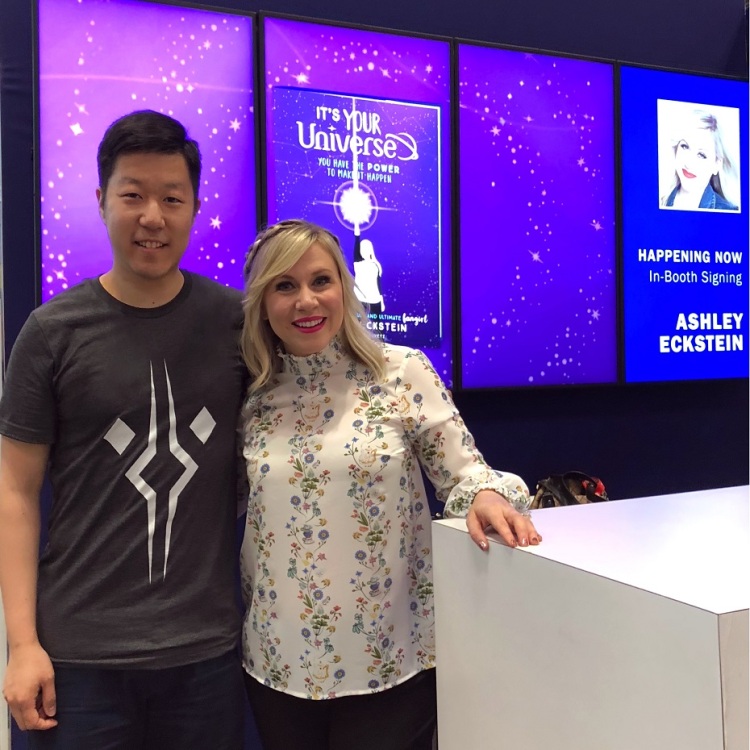 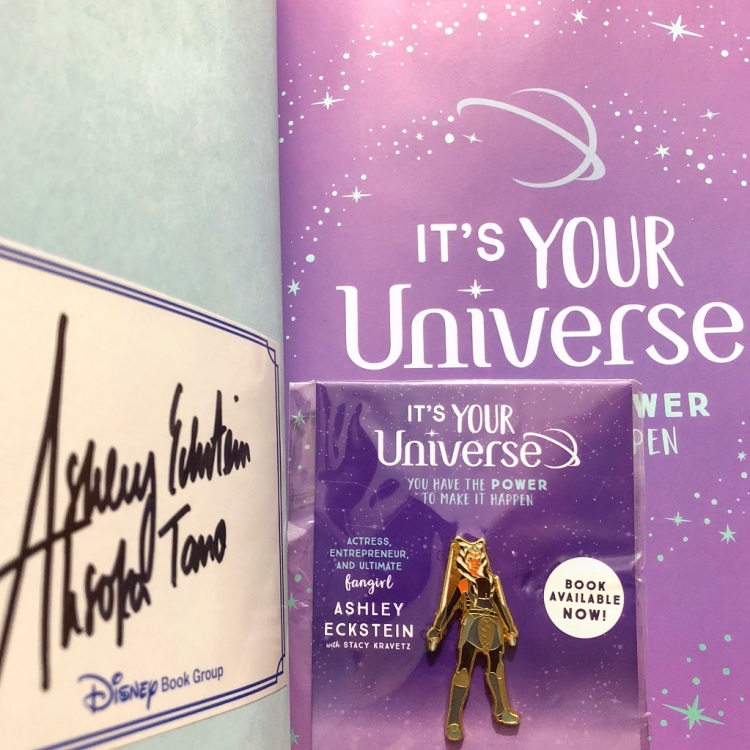 So here’s the CliffsNotes version: You don’t have to read books 24/7/365 to appreciate BookCon! There’s tons to see and do even if you’re a casual reader, a comic book reader, or a magazine reader! Hopefully my walk-through gave you a little taste of what it has to offer because as always, BookCon is coming back to the Javits Center in 2019!

Be sure to visit their website for all the latest info on tickets & guests, and maybe I’ll see you there!