The Dave & Buster’s in West Nyack, NY was a little different on Saturday, March 2, 2019 because it was the launch of their one-day Toy Show! From 9am to 4pm, fans from all over the area gathered at Palisades Center Mall, the sixth-largest mall in the United States. If anyone could host a toy show like this, it’s this Dave & Buster’s! 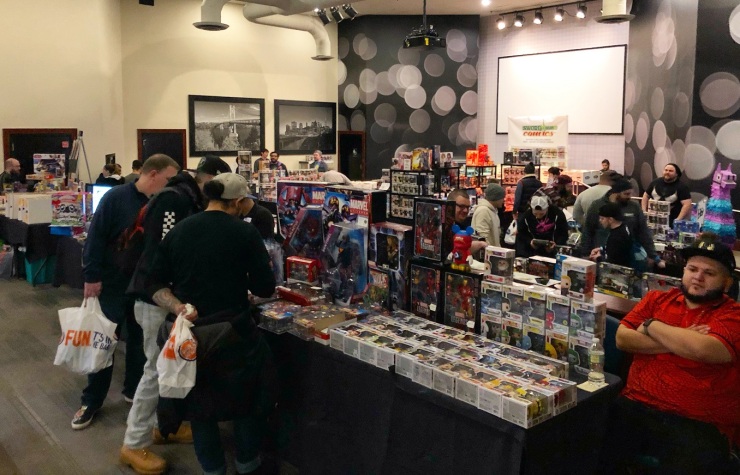 Boasting 20 vendors specializing in action figures, miniatures, Funko Pops, video games, comic books, and other collectibles, there was a little bit of everything you could ask for!

The show’s organizer, Melyssa Mercado, is a collector & fan herself and carefully arranged the show floor in a way where both attendees and vendors could benefit – by keeping each vendor uniquely different from the next to prevent the clashing of products that are too similar. 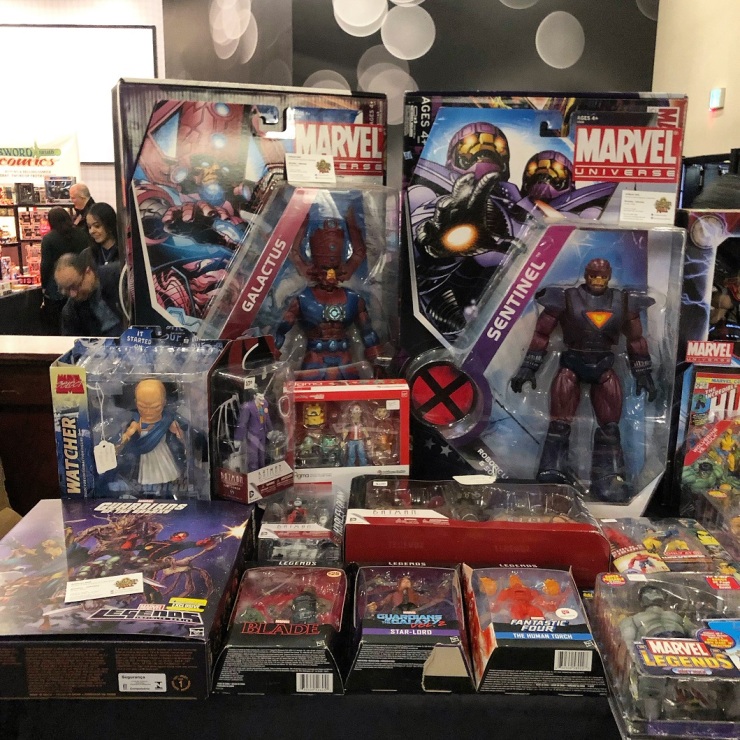 Melyssa expressed the importance of featuring old toys just as much as the new. Whether it was an old Toy Biz DC figure or a modern Hasbro Marvel Legends collectible, there seemed to be a great variety available at the show. 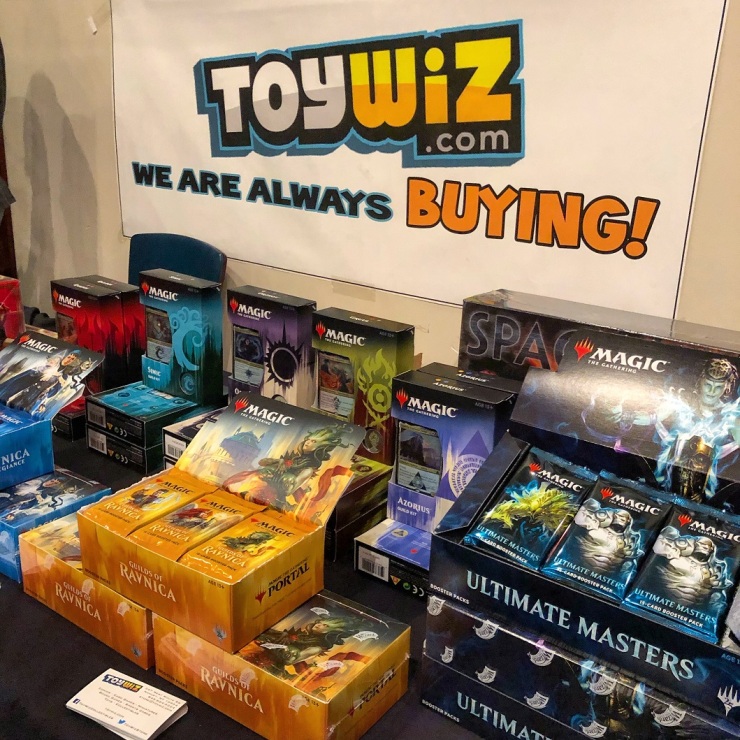 And while some booths were run by established stores like GameStop (with some fantastic freebies) or local shop ToyWiz (with a huge assortment of TCG sets), many were collectors who run their companies right out of their own homes. I was able to talk to Brian, who hopes to launch a storefront very soon. His tables displayed a lot of unique toys, including custom Pokemon & superhero Pikachu statues (which makes for the perfect gift ahead of the new Detective Pikachu movie in May): 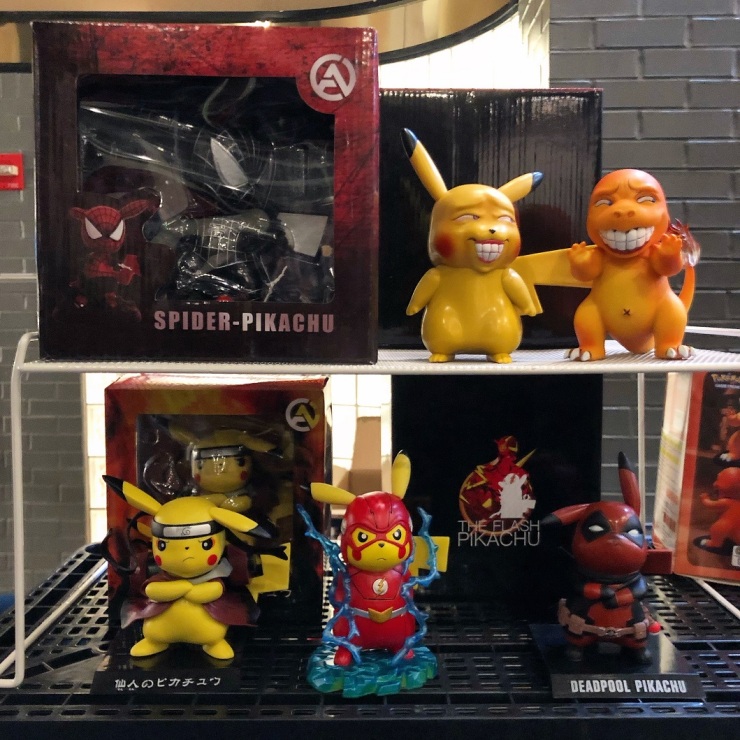 He also carried vintage-style Wacky Wobblers and mini figurines, which could be bought at a bulk discount: 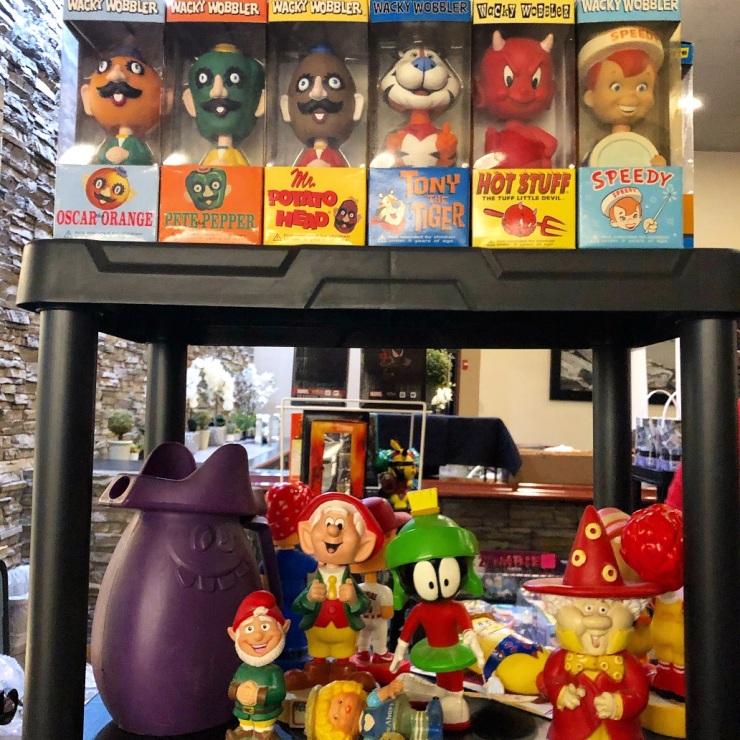 And it’s true! Even if you or your kids weren’t into this kind of “analog” fun, Digital Press had an incredible selection of retro video games ranging from GameCube, Xbox, PlayStation, and even cartridges for NES & Sega! 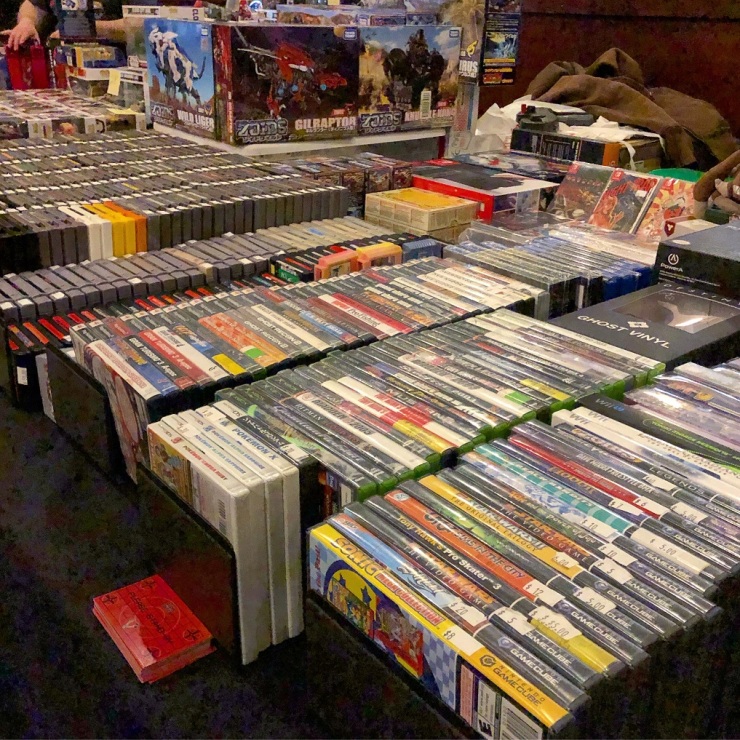 Wherever you turned, the show was very inviting to all fandoms. The homey environment lent to a comfortable atmosphere, allowing fans to shop around and see what they’d want to add to their personal collections.

I was able to see wave after wave of shoppers filter in throughout the day, looking for a childhood blast from the past, or for a long lost Funko Pop: 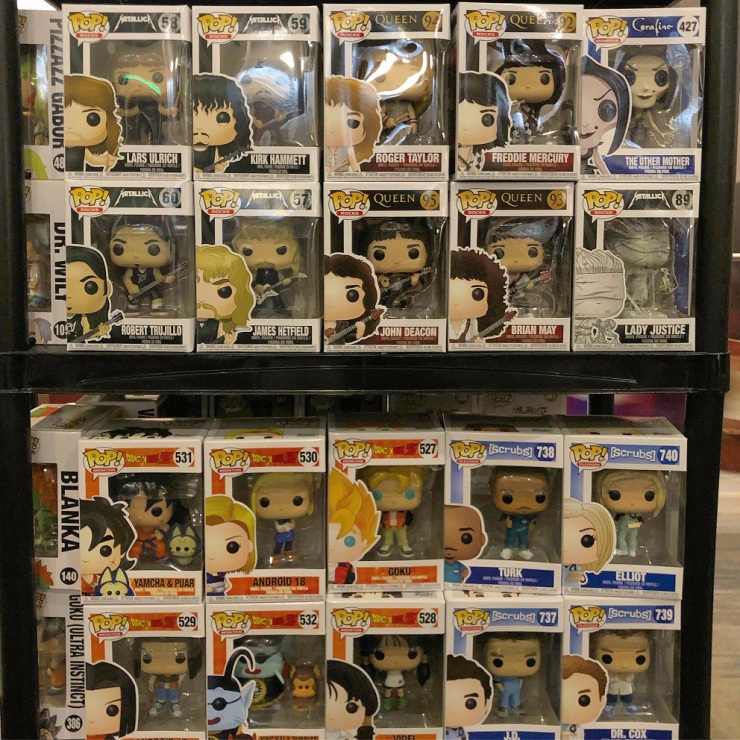 If you’re able to, I’d highly recommend the Early Bird admission next time because many of these vendors will bring in some highly sought-after items or extremely exclusive variants that will easily sell out in the first hour or two. So if you’re looking for something particularly hard to find like an original Master Replicas lightsaber (courtesy of The Evil Lair), or even something imported from overseas (like the Japanese exclusives at Collector’s Crate), you’ll need to get there ASAP! 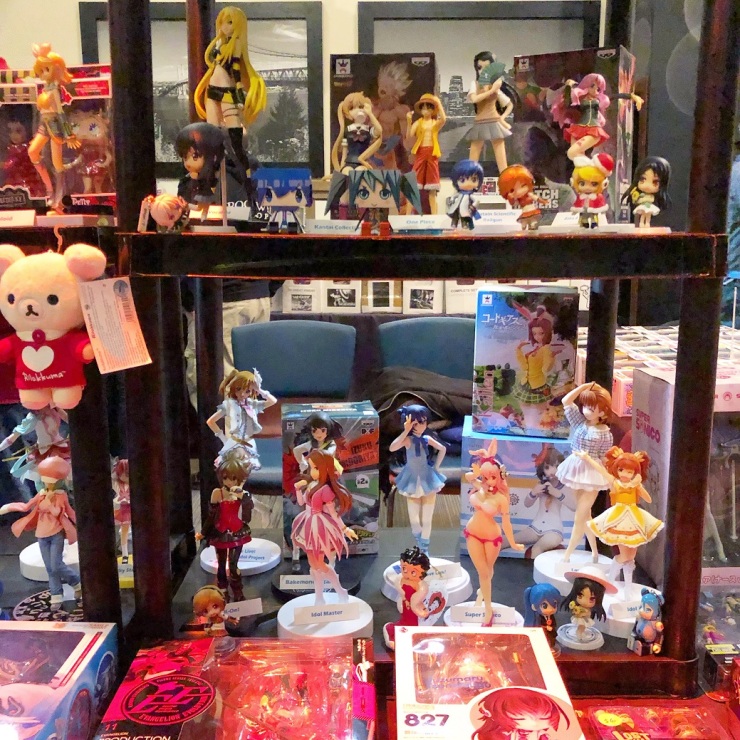 Plus, you never know what you’ll find at D&B’s Toy Show – whether it’s an exclusive DC Comics Hot Wheels car, a set of Hess Trucks you missed in the 90s, or the latest sci-fi novel series by Gerrit S. Overeem, they’ve probably got you covered! 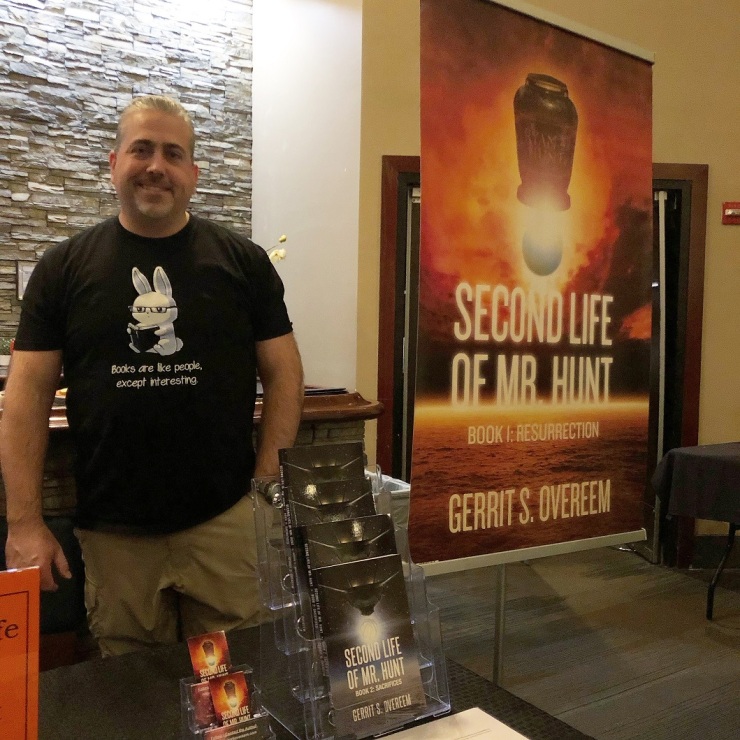 Although I wasn’t personally looking for anything in particular, I did walk out with a bag full of goodies! (Be sure to scroll down to see my haul and for a video walkthrough of the event!)

But on my way out, I got to chat with David, the owner of Sword of Truth Comics, who had one of the largest spaces at the Toy Show. 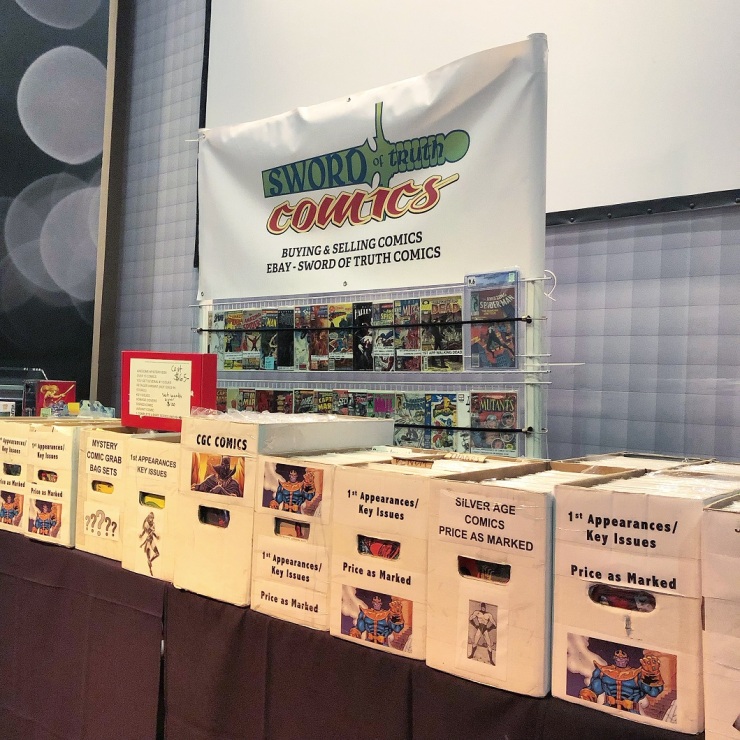 With a ton of short boxes filled with first appearances, key issues, homage variants, CGC graded slabs, and more, David was able to share how he loves getting to know collectors at shows like this because Sword of Truth isn’t just his business… it’s his personal passion, too!

We had a great time talking about graded books, sketch covers, and swapping stories about meeting various comic book icons. I was able to pick up some key issues and a handful of $1 comics from his booth. 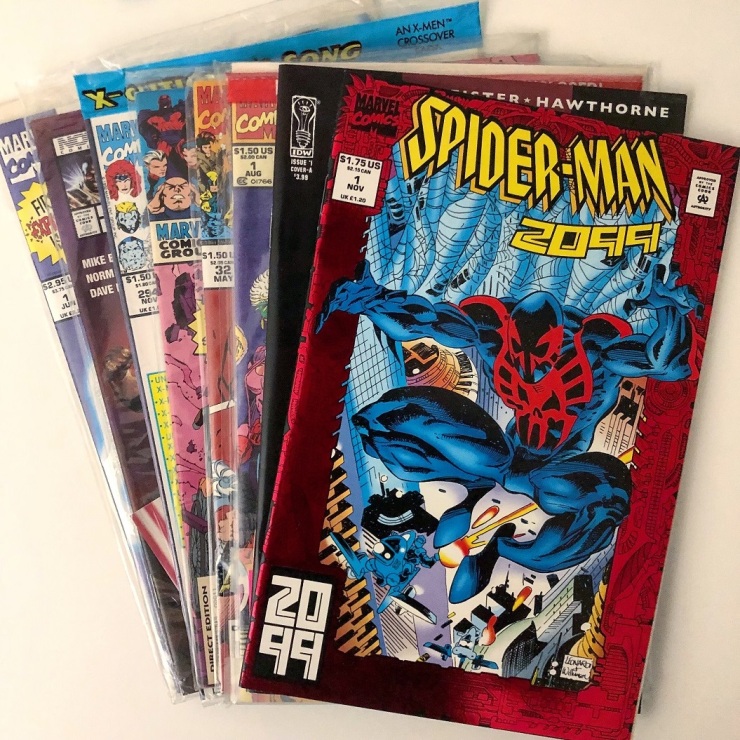 And here are some other toys I picked up along the way too: 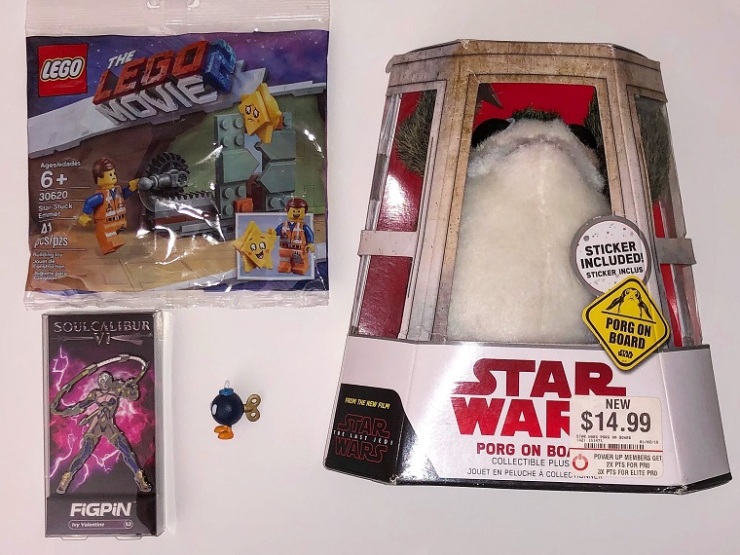 All in all, Dave & Buster’s First Toy Show was highly enjoyable for all ages! It was a very safe space, with plenty of breathing room, and tons to look at! Not once did I feel pressured to buy anything and all the vendors were very accommodating, with many even offering attendees deals to meet their budgets.

And I’m very excited to say that they’re already planning an even bigger show for Spring 2019! To stay up to date, “Like” the West Nyack location’s Facebook page for the latest news!