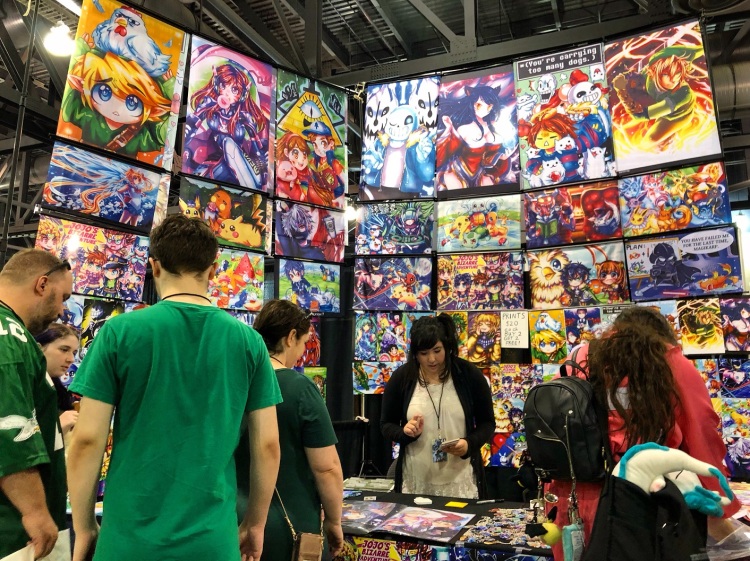 This year, there was no dull moment inside the Pennsylvania Convention Center. From August 23-25, Keystone Comic Con was packed with programming, eye-catching vendors, original art, and tons of cosplay! 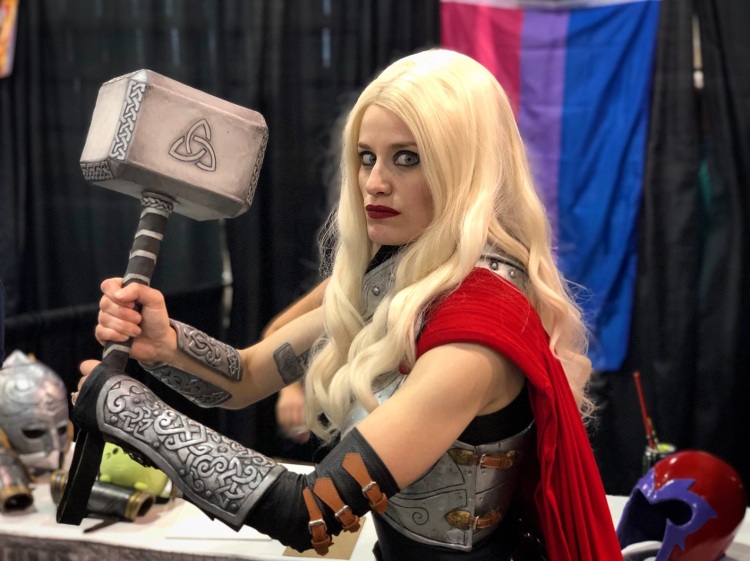 Pepper Monster Cosplay (above) was one of the judges of the Cosplay Contest, and was donning an amazing Lady Thor costume, which was perfect following the news of Natalie Portman becoming Thor in Thor: Love and Thunder!

Even more great cosplayers could be found throughout the many fan experiences at Keystone Comic Con including the Star Wars area hosted by the charity costuming group 501st Legion, a Harry Potter Sorting Hat experience, and the Philly Avengers with a fun photo op with Thanos’ Throne: 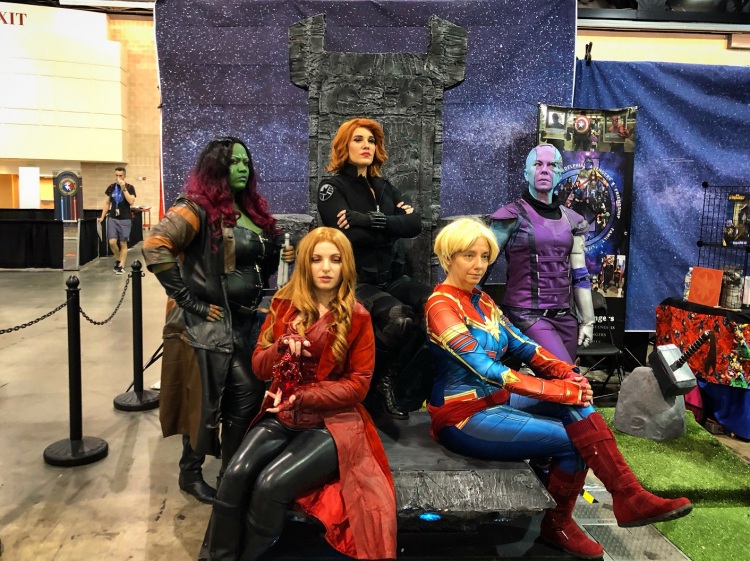 Meanwhile, other features throughout the con included a gaming zone (complete with retro & modern consoles), a wall of tattoo artists, a special wrestling arena, and Family HQ (featuring a kids’ Scavenger Hunt to find Thanos’ Infinity Stones scattered across Keystone)!

(Be sure to watch the video at the end of this article for even more, as well as the full photo gallery online!)

There were plenty more ways to get immersed in the full experience of Keystone Comic Con this year!

Sour Punch had a prize wheel to take home freebies and a sampling of Sour Patch Straws, the Show Store had one-of-a-kind merch including exclusive Marvel apparel which would be perfect for your Tom Holland meet & greet, and of course aisles & aisles of exhibitors! 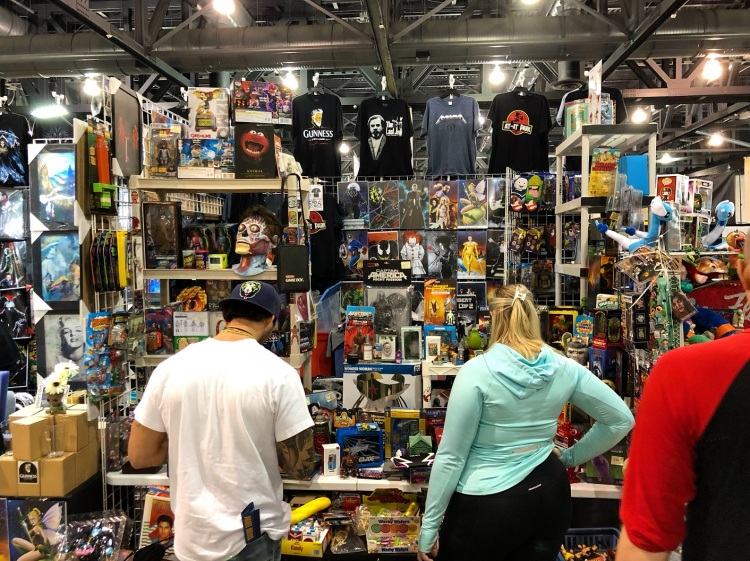 Fans of any genre will be pleased to be able to find all kinds of swag including action figures, prints, LEGO minifigures, board games, Funko POPs, and so much more.

Controller Chaos was present with beautiful custom designed gaming controllers, 3D Printing by Muckychris had a plethora of statues, accessories, shirts, and even brand new Han Solo Sabacc dice, and the creators of Broken Archer had demos of their original party games like “Best Pitch” & “Stick Figure Fighters”: 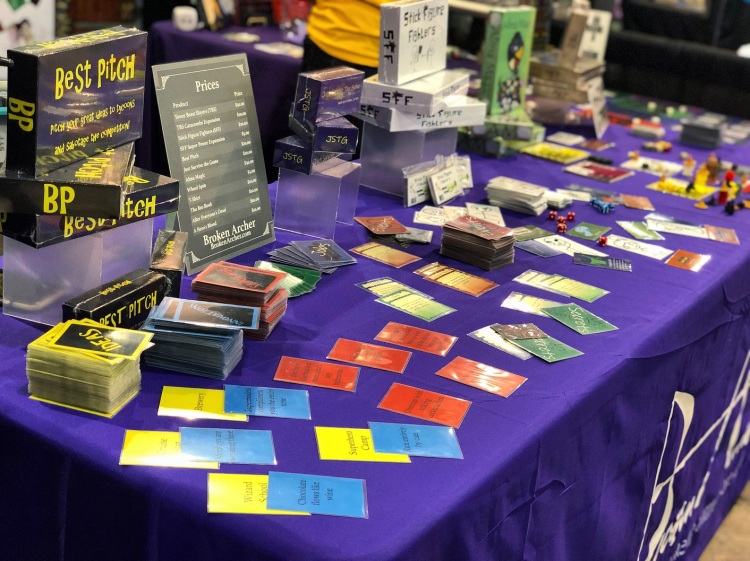 But some of the hottest items selling this weekend were the comic books. Keystone Comic Con brought in even more comic book vendors specializing in everything from vintage to modern books, autographed books, and even graded books. 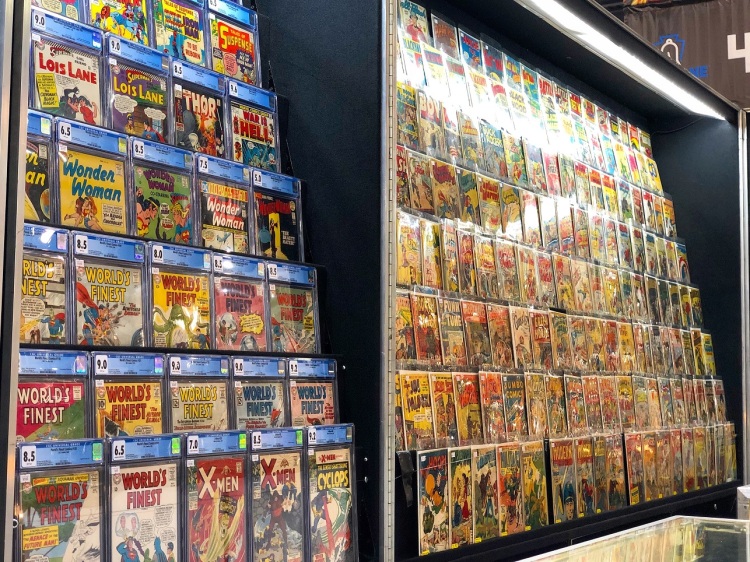 Meanwhile, comic book publishers like Zenescope Entertainment (Robyn Hood) and Absolute Comics (White Widow) had booths to promote their latest indie issues. And new to the scene is Warrior Island Comics whose books aim to advocate anti-bullying and moral principles. 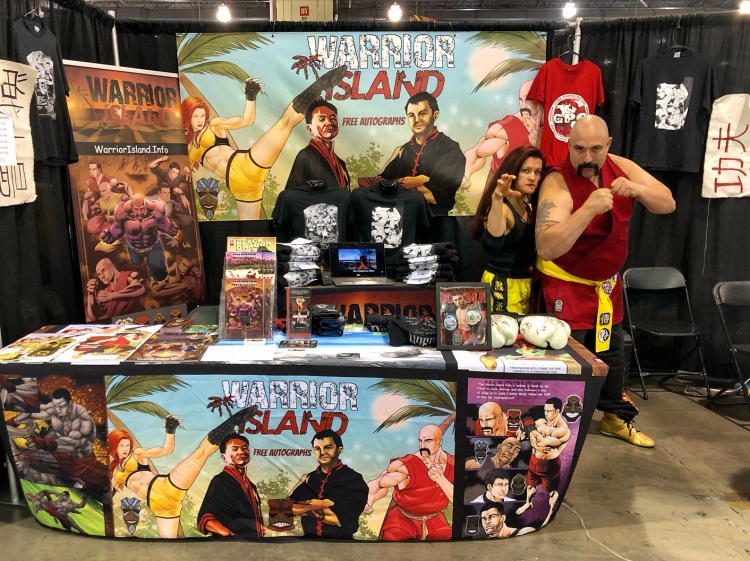 Their original characters were available all weekend for free autographs and photo ops with fans.

And plenty of attendees were looking to get all their collectibles signed by the roster of creators & celebrities at Keystone Comic Con!

With comic book grading company CGC on-site to witness and even grade in-person, collectors were lining up to submit their signatures & sketches. Here are some fans ready to pick up original art from artist Will Torres, creator of Mr. Venture (co-created with Stan Lee) and Killborg: 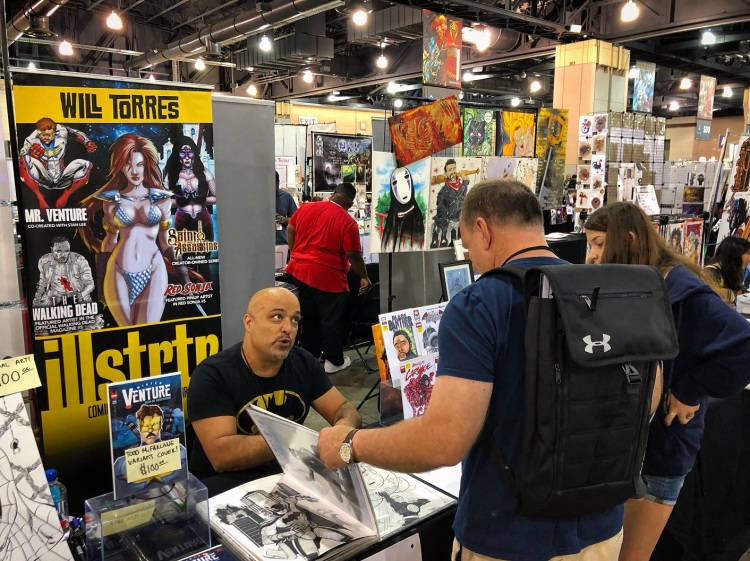 As I was browsing Artist Alley, I was able to get books signed by Amy Chu, Jim Steranko, and Mike Capprotti who doesn’t appear at many conventions. You never know who you’ll meet at Keystone Comic Con!

I also picked up a sketch cover from Christian Espiritusanto, swung by Topps artist Brian Kong‘s booth, and commissioned Tony Moy for a Joker remark on a Batman/The Maxx book: 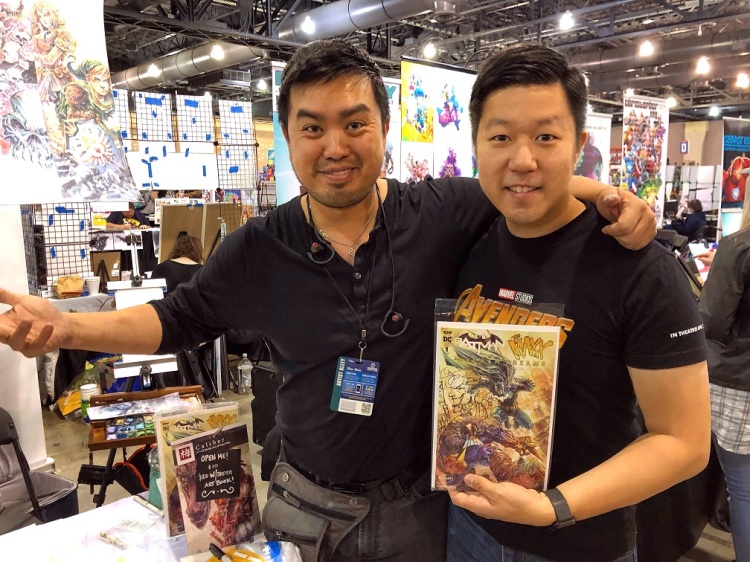 But the pinnacle of the weekend was definitely Tom Holland erupting the convention center!

Die-hard fans from all over were lining up to meet the Spider-Man actor, with a panel on Sunday morning followed by photo ops & autographs. It was an overall epic convention! You won’t want to miss out on Keystone Comic Con 2020 which already has dates set for August 28-30, 2020. Be sure to check out the video below & the photo gallery online, as well as the official Keystone Comic Con website for more information.

But for now, it’s time to finally rest and watch the sun rise on a grateful universe…