Celebrating its 20th year, Baltimore Comic Con once again delivered an amazing comic-focused convention of massive proportions with an immense roster of guests all under one roof! Read through for some of the highlights and be sure to check out the full photo gallery and video recap at the end of the article!

Baltimore Comic Con 2019 brought in many heavy hitters of the comic book industry like Jim Lee, Brian K. Vaughan, Clayton Crain, Marv Wolfman, Tom Palmer, Tom King, Mitch Gerads, and even a rare appearance by Stan Sakai! Plus hundreds of other artists were tabling all three days from October 18-20. Chances are if you’re looking to get some iconic books signed or wanting to commission your favorite artists for sketches, Baltimore Comic Con is the place to do it!

The tremendous Artist Alley had so much to offer – from a vast array of art prints to exclusive variants, there was a little bit of everything for everyone! We found ourselves weaving through the aisles all weekend, talking to artists that are both very established and also working their way up. Neal Adams was a treat as always with his incredible booth filled with prints, covers, and originals: 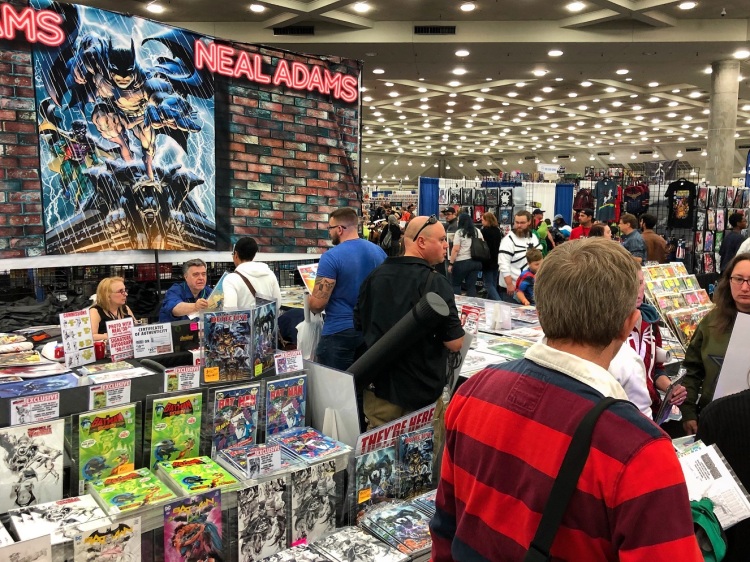 And representing their latest titles were comic book publishing companies like Zenescope with their exclusive Baltimore covers, AWA Studios with their Frank Cho/Sabine Rich series Fight Girls, and Valiant with the anticipation of the upcoming Vin Diesel movie interpretation of Bloodshot.

Indie artists & publishers were also promoting their works and we saw some great ones like Angel Santiago with Amazing Action Comics‘ Project Shadow Breed. Angel, like many creators in Artist Alley, was serving up sketch commissions all weekend which is perfect for fans who are looking to take home a custom piece on something like a blank comic cover or inside their own personal sketchbook.

After browsing for a while, I commissioned Teenage Mutant Ninja Turtles artist Ryan G. Browne for a special sketch cover that is an homage to Avengers #1 (1963), picked up a few prints from artist @FarlyCreates, and purchased an exclusive variant cover of Vampirella/Red Sonja with a remarque from Scarlet Huntress creator Sean Forney!

And, of course, for the collectors there were plenty of comic books for sale at Baltimore Comic Con! We’re talking about key issues, slabbed books (and CGC & CBCS were both on-site for grading & submissions as well), or just good old-fashioned $1 back issues.

But not everything at Baltimore Comic Con was super serious comic book business. As someone who grew up on comics, I was happy to see that BCC does not ignore the kids! A devoted “Kids Love Comics” section was featured at the center of the show floor. Here dozens of kid-friendly artists were showcasing their art, books, and collectibles. In fact, there were even special panels, activities, and even caricatures being offered for you & your family! Author/artist Dawn Griffin had a bright corner booth that attracted tons of kids to her children’s books and illustrations:

Even if comics aren’t completely your thing, there was enough pop culture presence at BCC to make your stay worthwhile too! One of my favorite moments was getting my “That Thing You Do!” vinyl record signed by Johnathon Schaech who portrayed lead singer Jimmy from the movie’s band, “The Wonders”! Other media guests included wrestlers Scarlett Bordeaux & Killer Kross, actors Aaron Douglas & Joel Stoffer, and legendary voice actors Tara Strong & Greg Cipes: 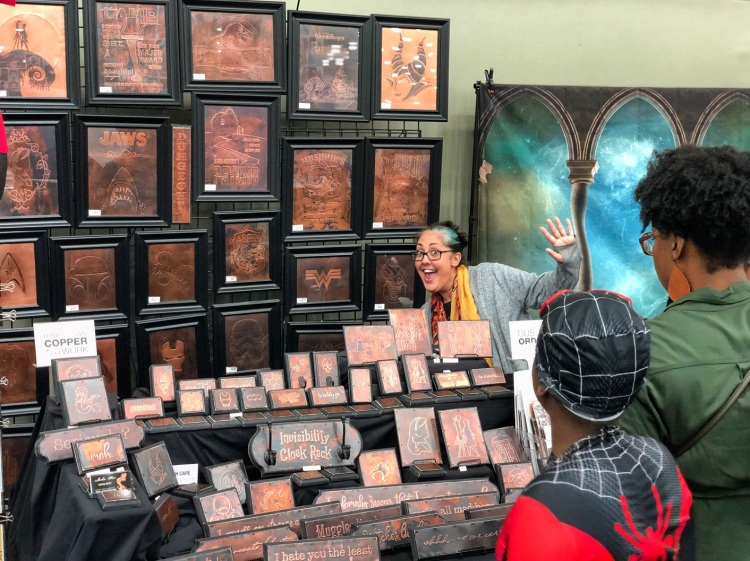 But one standout vendor was the booth of Hake’s Auctions who had displayed super rare collectibles like a CGC 6.0 Amazing Spider-Man #1 from 1963 and an actual rocket firing Boba Fett prototype figure from 1979! This prototype is estimated to be worth roughly $200,000 and is as hard to find as they get!

All in all, there were so many ways to spend your weekend at Baltimore Comic Con’s 20th year!

From meeting your favorite creators to collecting autographs in their annual yearbook to win exclusive prints, or taking part in panels & special events like the ticketed Jim Lee or Brian K. Vaughan meet & greets or even attending the 2019 Ringo Awards, Baltimore Comic Con is always a great time. 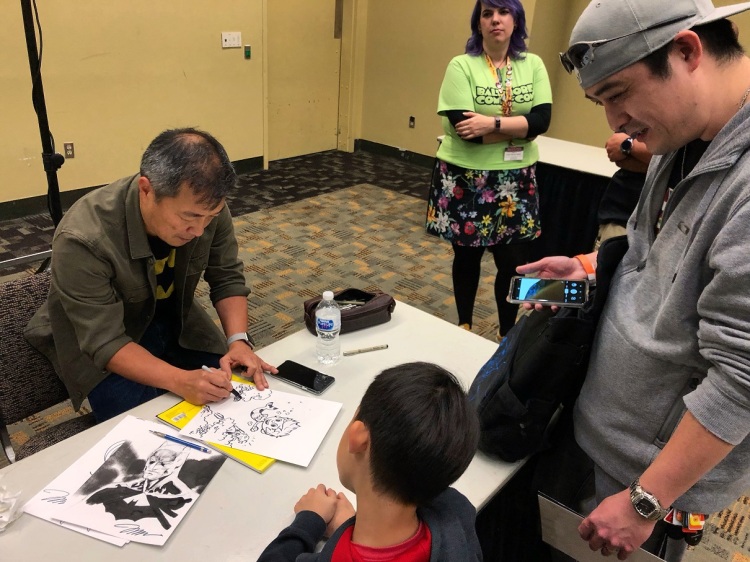 And who can forget about the cosplay contests (for both adults & kids!)?

Here are some of the phenomenal costumes we saw throughout the con: 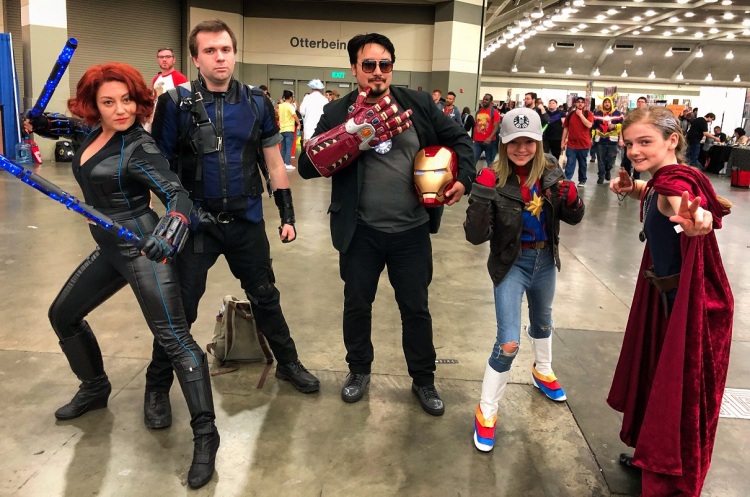 For even more from Baltimore Comic Con 2019, be sure to check out the full photo gallery online as well as our video recap below. And for official announcements for next year’s Baltimore Comic Con (October 23-25, 2020), follow their website & Facebook posts!