Celebrating their 10th anniversary, EMcon of Long Island’s East Meadow Public Library held its first online convention from May 16-17. It’s normally a show that brings in thousands of attendees but unfortunately due to the pandemic, had to convert itself into a virtual experience this year. Free to attend, EMcon Online AnimeFest was broadcast live on Zoom & Facebook Live with spotlights on art, cosplay, workshops, and even live music!

Though EMcon was advertised as an AnimeFest, it did include many elements that you would find at a typical “comic con” type event such as a vast assortment of illustrators.

Rich Drezen was one of the featured artists over the weekend and taught the basics of how to draw cartoons & webcomics using characters like Sonic the Hedgehog & Mickey Mouse, and even talked about his own comic Luckyzilla. On Sunday he also appeared during the Artist Round Table alongside children book artist Kyle Horne and Peat Vazquez of Fat Guy Inc.

This online version of EMcon also brought on board a fantastic digital artist alley with “booths” set up on the Facebook event page. Some of the vendors on tap included pixel artist Anime Supreme, Twitch streaming artist Mad Artist Paradise, and Daniela Grillo who produces fun accessories like buttons, stickers, and t-shirts!

But since this is a library show, it was great to see a panel with author & playwright Leanna Renee Hieber to discuss her book series with moderator Mark Torres: 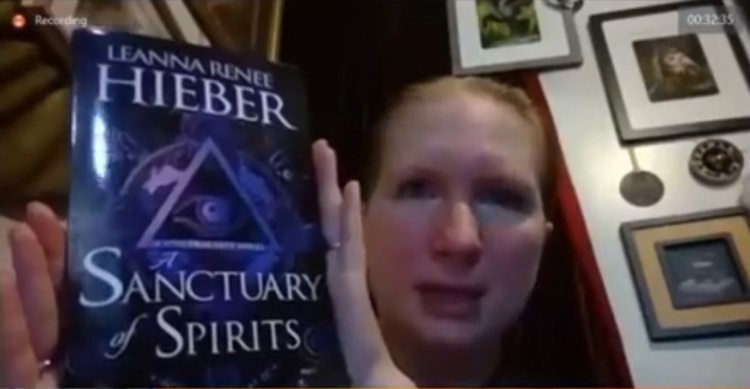 And that’s just the beginning!

In fact, there were even presentations that got attendees involved! DJ Justin brought a whole hour of music, spinning tunes around anime themes & visuals:

All throughout, fans were excitedly chiming in with the chat feature. And things got taken up a notch once the dance parties kicked in!

On both days, EMcon featured dance parties on Zoom, with cosplayer Peace leading one session and Tampa Bay Buccaneers cheerleader Diana Portes leading another. Some participants even got to login with Zoom to come on screen! 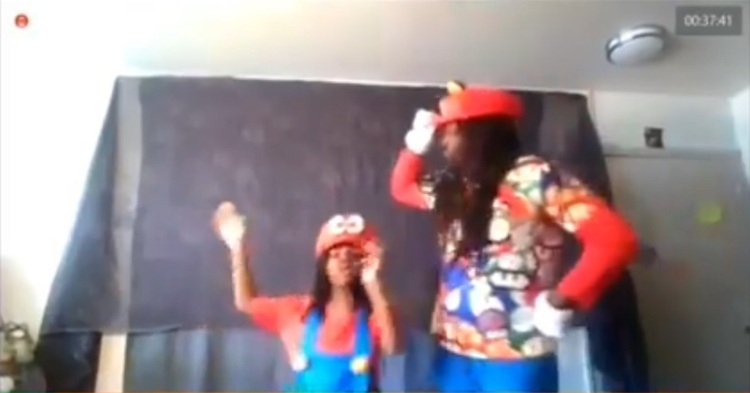 It was exciting to see some of EMcon’s attendees pop up because being at a con is all about the participation and interaction with fellow fans! Which is why the Cosplay Party with Rizuki Cosplay was a treat.

For many fans, cosplaying (whether it’s enjoying other cosplayers or actually dressing up yourself) is the highlight of attending a convention but due to the cancellation of every convention for the time being, virtual cosplay contests seem like the way to go for now! Here are some of the “selfies” from the Cosplay Party:

And who could forget this incredible panel featuring the voice actors of Pokemon’s Team Rocket: Michele Knotz & James Carter Cathcart! As the final panel of EMcon Online AnimeFest, the voices behind the infamous Jessie & James spoke about their experience with the hit show as well as their other voicework & projects:

Hopefully EMcon’s 11th show will be back at the library and we’ll all be able to enjoy an amazing show like this in person next time! For more information on EMcon and upcoming events, please visit their official Facebook page and the East Meadow Public Library website.