No, but seriously – Garden State Comic Fest does stand out from many comic book conventions (and trust me, I’ve been to a lot just within the last year). Reason being that it’s very comic book focused, very affordable (about $30 a day), and gives off a very local family-friendly vibe!

Held at the Mennen Arena in Morris, NJ, the convention is still run by locals Dave O’Hare and Sal Zurzolo. Rather than focusing too much on pop culture & celebrity appearances, this show brings in more comic book creators, artists, and writers. And this year the only 3 celebrities were John Wesley Shipp from Flash from both 1990 & 2014, Dean Cain from Lois & Clark / Supergirl, and Loren Lester, the voice of Robin/Nightwing from Batman The Animated Series. Because it’s a smaller show, the lines for each guest were not very long but with the constant flow of attendees, they never died down either.

Leading up to GSCF, Six Flags Great Adventure hosted a mini con on May 27 with a special appearance by John Wesley Shipp and several vendors who would eventually be at GSCF itself as well.

I’m always fascinated to see the kinds of crowds that these local conventions draw in. Will there be mostly comic book fans? Comic book movie fans? Cosplayers? Collectors? Well, I’m glad to say that it seemed to bring in a little bit of all of them!

The convention is split into two rinks (yes, ice rinks) so some navigating was necessary. The floor was lined with panels which didn’t get too cool, but some people mentioned that they saw some water rise up from the melting ice. One thing GSCF should work on is the accuracy of their maps because many booths were not where they were supposed to be, and the volunteers weren’t entirely sure how it all worked either. Still, I was able to eventually find my way and start with the celebrities:

I was fortunate enough to have already met John Wesley Shipp at The Great Philadelphia Comic Con back in April so I had plenty of time to line up and meet Dean Cain & Loren Lester. Loren was nice enough to take a picture with me and we got to chat about the upcoming Batman And Harley Quinn animated movie which is going to be a lot of fun! He and Kevin Conroy reprise their roles as the Dynamic Duo with Harley voiced by Big Bang Theory’s Melissa Rauch. While talking about how the movie will feel like it picks up right where the Animated Series left off, I pointed out to Loren that there was one change, however: no more Nightwing mullet! 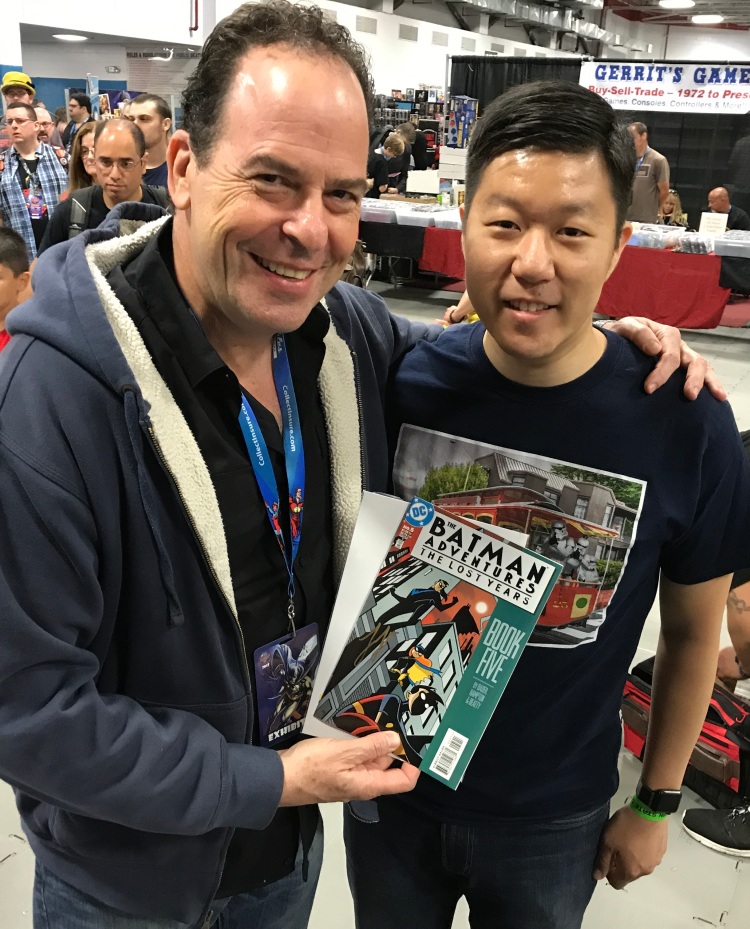 Book Five of the Lost Years comic series is a special book to me, plus I plan on getting it signed by Kevin Conroy & Tara Strong as well. And right next to Loren’s booth, I stood on line to meet Dean Cain who also brought along his son. Dean is a very friendly guy, just as you’d imagine him based on his TV roles (minus the ones where he’s the antagonist, of course). We talked about him hosting the Today Show all week in NYC, filming the next season of Supergirl, and he even asked about my ethnicity because we both have an Asian heritage. Did you know that Dean is a quarter Japanese?

He was fascinated by the comic book I brought for him to sign. Can you spot why? 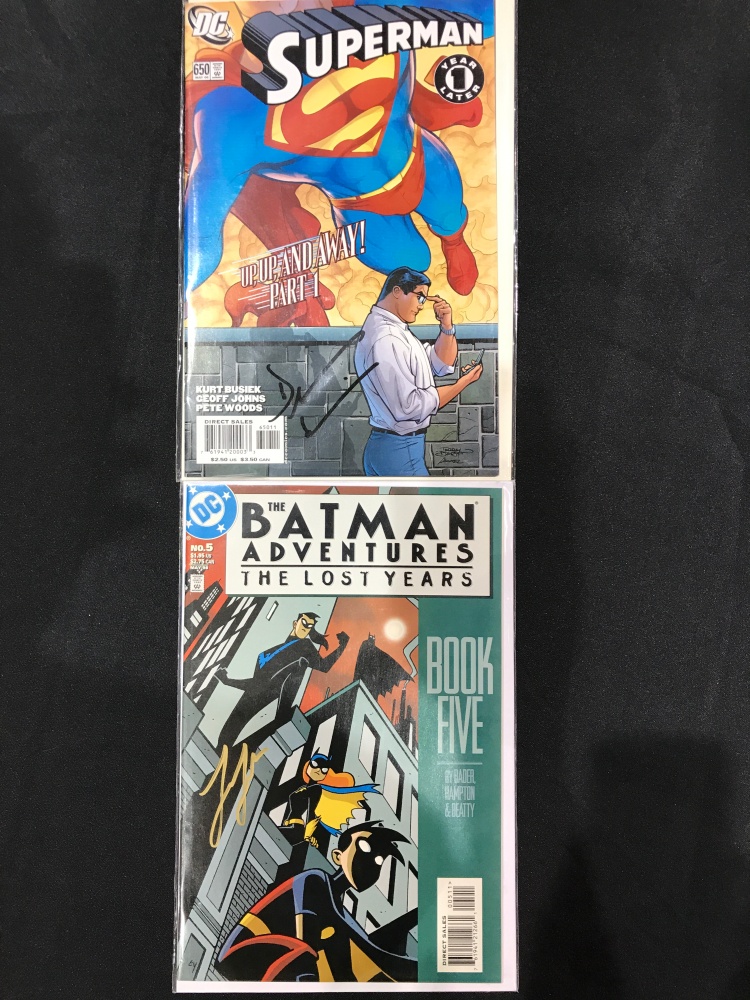 This rendition of Clark Kent looks exactly like Dean Cain from the 90’s Lois & Clark series!

But as always, these conventions aren’t just about the celebrities. Many fantastic comic book creators, both established and up & coming, were present. To name a few: David Finch, Adam Kubert, Walter Simonson, Tom Palmer, and Greg Hildebrandt (who even signed my Topps Star Wars 40th Anniversary poster card).

I also got to meet Joe Caramagna, the writer responsible for turning many of the current Marvel cartoons into comic book series. I picked up a couple comic books from him, which he signed and applied 100% of the cost directly to the Ronald McDonald House. Good man!

My comic con go-to artist booth was also present… the artist currently known as Creees! I’ve lost count how many times I’ve stopped by his booth over the years but I’ve collected a few pieces of his work now, anywhere from an AP sketch card for Spider-Man to a funny Minion print. And this time I was finally able to commission him for an awesome sketch cover for an Obi-Wan & Anakin comic book. Can’t wait to share with you all! Definitely check out his amazing work: 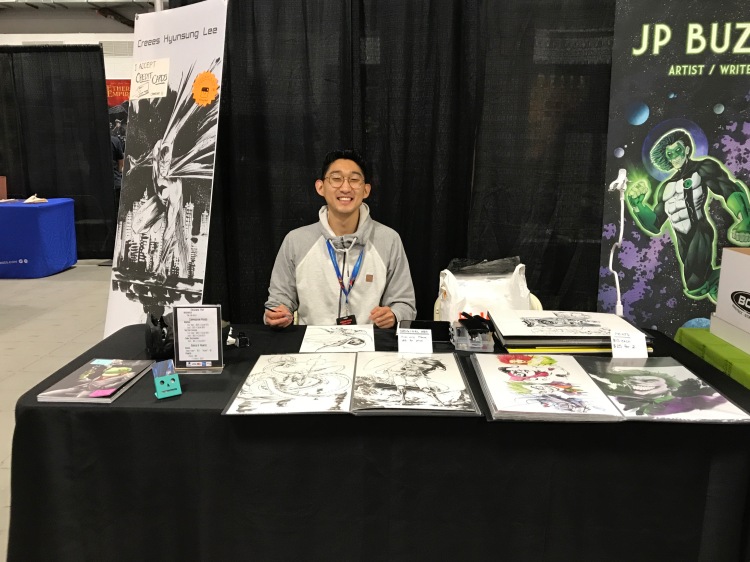 I ended up staying for almost the entire 8 hour day and it’s not even because of all the lines, like at other cons. There really was something for everybody. 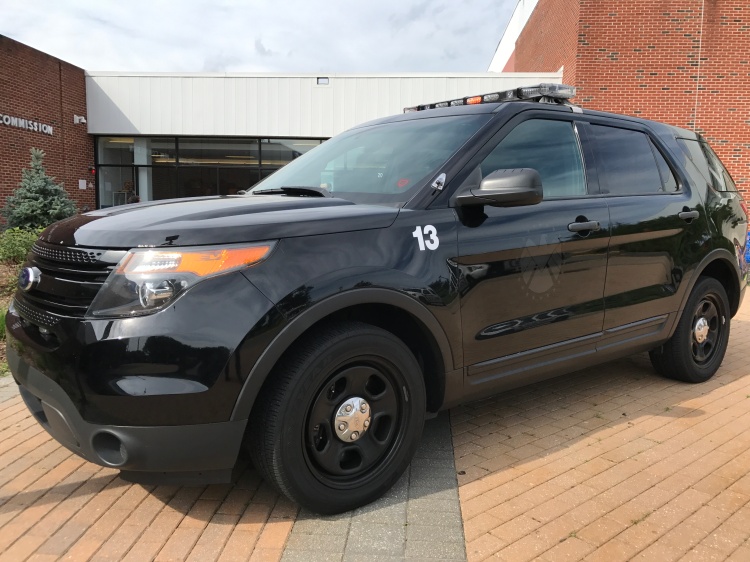 Whether your interests are in cosplay, comic books, collectibles, replica vehicles (like the SHIELD SUV above), or BB guns… 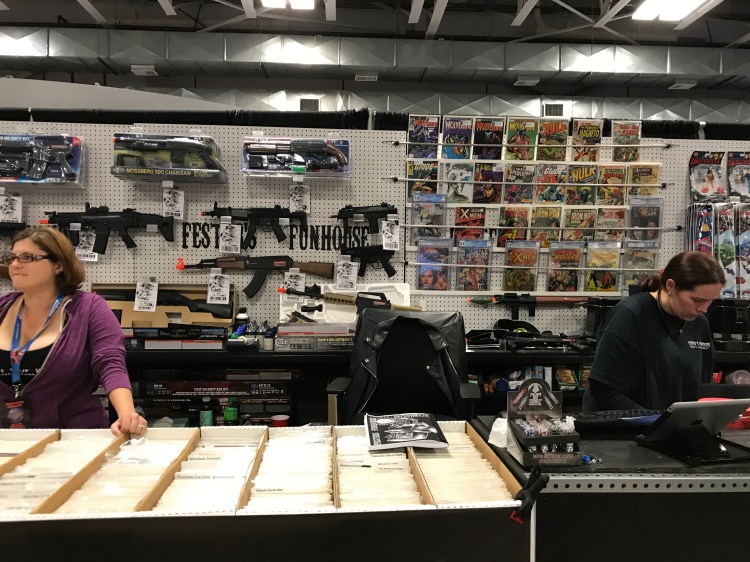 …Garden State Comic Fest is a convention for all fans! So glad I went this year and I’m looking forward to their next event. Until then, check out a quick video I put together from my visit: