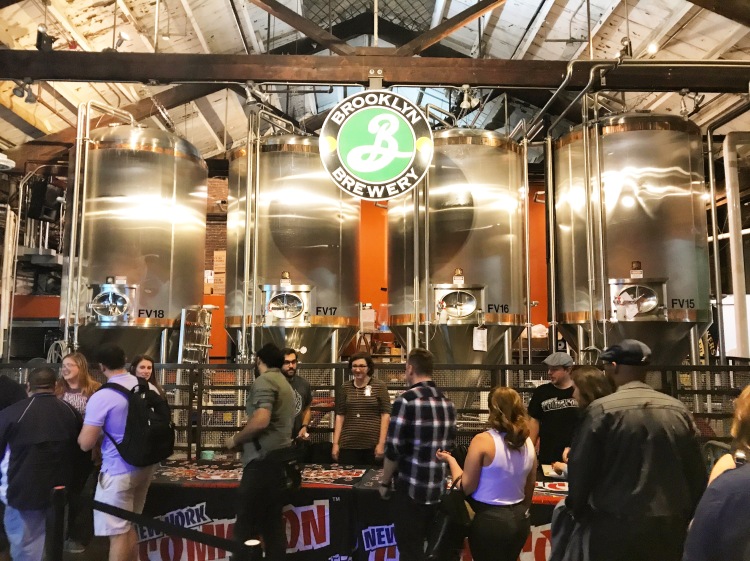 The event was jam packed with fans eager to try the new golden IPA but the night wasn’t just about beer, no.

ReedPOP/New York Comic Con was in the house, providing fun all night long! As we entered, we received a raffle ticket for the end-of-the-night prize drawing, a couple of NYCC stickers, and a voucher to redeem a limited edition Brooklyn Defender pint glass!

Once we were inside, everyone was already enjoying the Brooklyn Brewery Tasting Room atmosphere, except this time it’s been decked out with #DefendBeer artwork and photo ops! 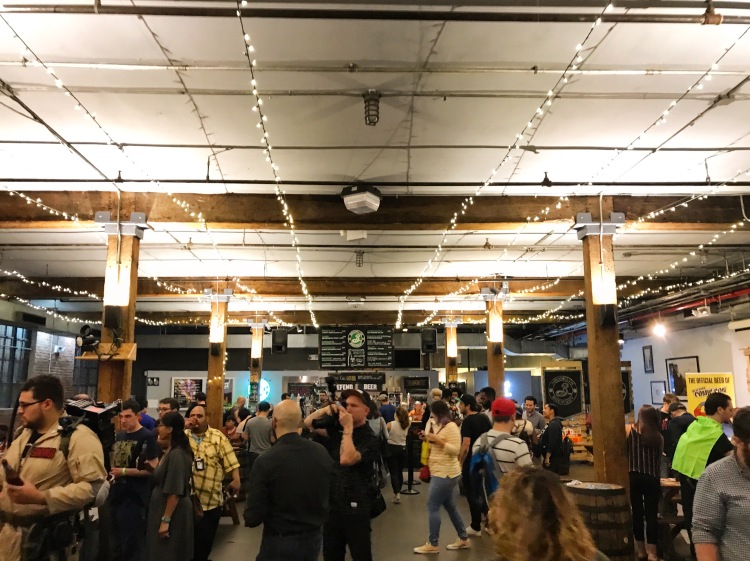 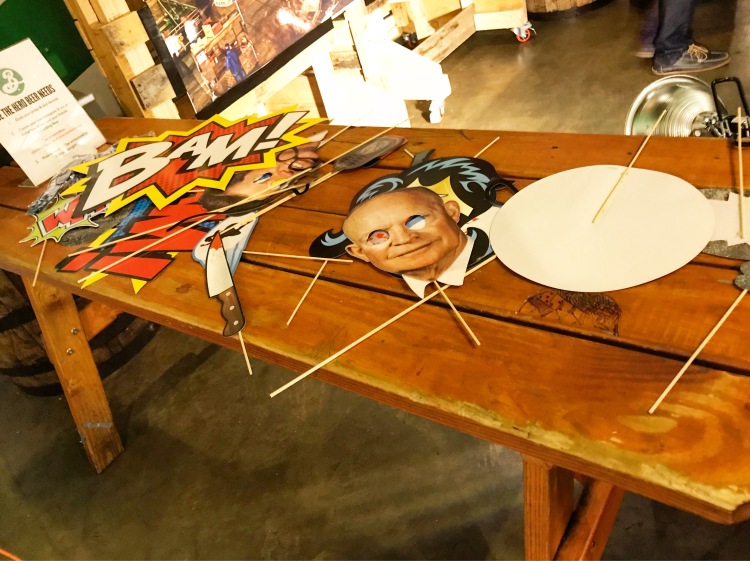 You could enjoy the existing arcade games inside, grab a seat at one of the many tables for coaster/paper sword decorating, or head over to the superhero backdrops where you can pose with props in front of the skyline or a wind machine!

Eventually, the pizza that was promised showed up and it didn’t disappoint.

Brought to you by Sizzle Pie, an assortment of slices fed the hungry crowds!

While waiting for the raffle drawing, we got to sit down and check out the “Design Your Own Coaster” baskets:

But honestly, even the printed side of the coasters were keepers! 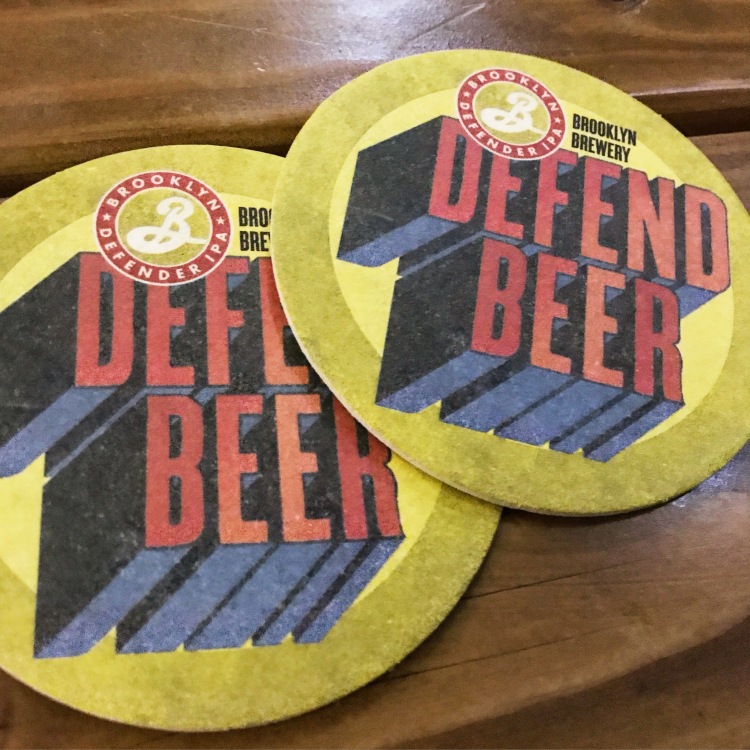 Next, we had to check out the fondant cake by Rock Candy Cakes. Modeled after the Brewery, this cake was intricately detailed, down to the building design and the superhero pose on top! 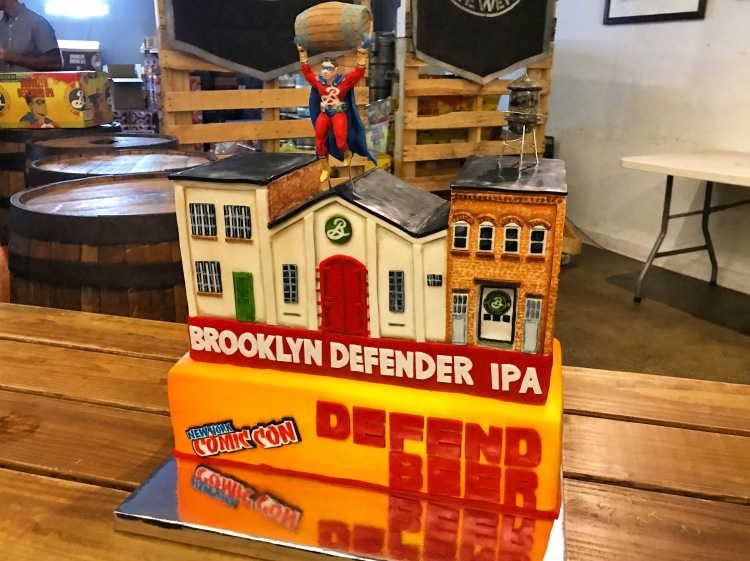 As the night came to a close, the MC announced the Instagram story winner who would win a 4-day pass to New York Comic Con next month! Though multi-day passes are not an option this year, these special passes would allow entry for all 4 days. Lucky!

The same top prize was given to the raffle ticket winner… except this was 5 minutes after the MC attempted to read off winning raffle tickets pulled from the wrong bucket… (Runner-ups won Brooklyn Beer swag!)

The final event was the cosplay contest. Many entered and I saw a bunch that were phenomenal like this Batman costume from Christian Bale’s Dark Knight Trilogy.

Winners also won the special NYCC passes, with a Grand Prize of 2 passes. Check out the top 3:

Congratulations to all the winners!

The whole event was well thought out and didn’t leave a single second for a dull moment. And the night just made me that much more excited for New York Comic Con, October 5-8, 2017 (buy tickets here)!

And to top it all off, on our way out we were able to redeem our vouchers for that limited edition pint glass! Originally behind schedule, we were told we would need to return to Brooklyn after 2 days to pick it up… but thankfully the shipment had arrived just as the event was winding down!

Thanks, Brooklyn Brewery & ReedPOP for hosting a fun event for us! Cheers! 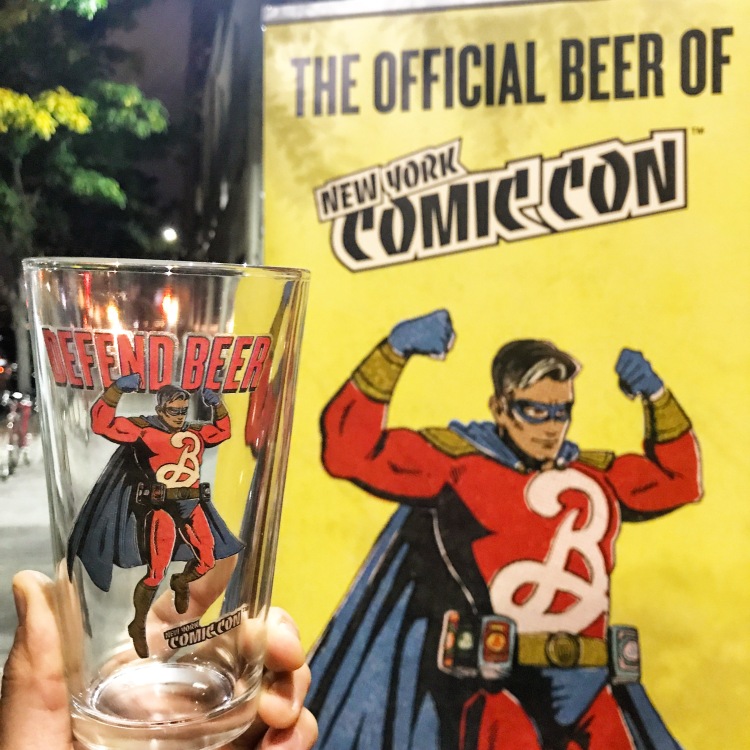