Chef Central is a one-stop shop for all the needs of the professional chef and home cook. Since 1999, it’s provided a great variety of items, a fantastic schedule of classes, and a diverse selection of demos. In early 2017, Chef Central had to close its locations due to rising operation costs and internet competition, according to founder Ron Eisenberg. But since then, it has been acquired by retail chain Bed Bath & Beyond and has now reopened!

For its Grand Reopening on May 9, 2018, guests were invited to be a part of the Culinary Superstore’s special event – reps from top manufacturers showcasing their latest products, live demos & tastings from chefs in the new demo kitchen, VIP gift bags, free raffles, and even charity (20% of the evening’s purchases went towards Center For Food Action)!

Officially kicking off the Grand Reopening was the VIP gift bag giveaway, which was set aside to the first 125 guests to RSVP for the event. The contents varied but mostly contained products from sponsored manufacturers like Calphalon, All-Clad, and OXO.

While waiting, employees from Bed Bath & Beyond locations all around the tri-state area were greeting guests, handing out iced water bottles, and snacks likes Rice Krispies Treats!

But regardless if you registered, all were welcome inside the newly designed space for Chef Central. And it had it all! Cutlery, specialty cookware, food processors… you name it! But I really liked the “Choose Your Brew” wall where you can sample all kinds of Keurig K-Cups! 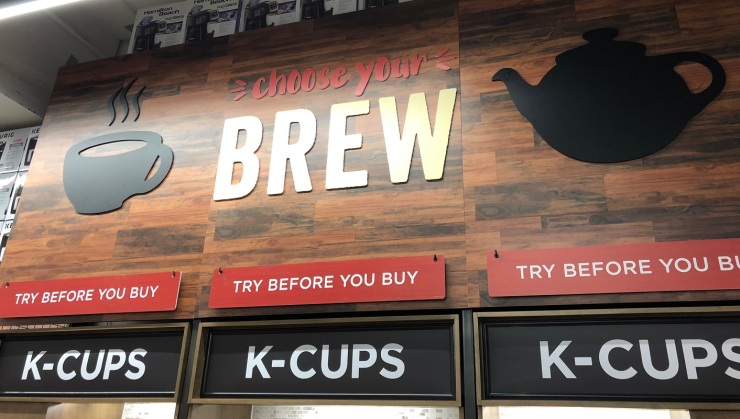 From 6:30pm to 9pm, there was constantly something going on in the store but one thing that many guests were participating in was the “Small Talk” mission card, where you receive a stamp after interacting with a manufacturer rep (All-Clad, Anolon, Calphalon, Dyson, Nespresso, OXO, Vitamix, Zwilling J.A. Henckels)… Once you collect all 8 stamps, you could redeem the card for a raffle entry to win tons of great prizes (a cookware set, Nespresso machine, etc…)!

Meanwhile, a DJ was spinning tunes to keep the energy going all night long!

But I would have to say that the best part of the night took place at the Demo Kitchen. Following the opening remarks by Chef Central founder Ron Eisenberg, there were back-to-back cooking demos along with samplings from Chef Jim Edwards (Culinary Director of Chef Central), Chef Jesse Jones (Ultimate Chef Bergen County), and Chef Santasha Radcliffe (Santasha’s Cooking Tonight).

I’ve never had Salmon Mousse before but that little thing packed some great flavor! Chef Edwards later had a meet & greet following his demo, signing copies of his book, and taking photos as well.

But he had to introduce Chef Jesse Jones because of his amazing story. Chef Jones has had a lot of ups and downs during his career but it’s all led him through an amazing journey that’s made him the cook he is today. Much of it is chronicled in his new book “POW! My Life In 40 Feasts“. I really enjoyed his enthusiasm and ability to work the crowd. He had some awesome things to share while preparing his Spicy Shrimp & Harissa on Cornbread:

Not only was it a memorable demo but the hors d’oeuvre itself was so delicious! I saw multiple people treat themselves to not just 1, not just 2, but much, much more! (I may be guilty of this too!)

Finally, the demos wrapped up with a KitchenAid demonstration as Chef Santasha Radcliffe showed how quick & easy it was to make fresh pasta from beginning to end. I couldn’t believe that it took less than 30 minutes to go from raw ingredients to cooked & sauced pasta in my hands!

But one of the cool things about the Grand Reopening was that you didn’t have to stick around the Demo Kitchen to have a taste of the fun!

All around the store were tables serving up samples of some of the best things Chef Central has to offer: Stonewall Kitchen had their spreads to go along with pretzel sticks and crackers, Hoboken Farms had samples of their marinara sauces, Pons had a variety of their olive oils out, SodaStream was offering bottles of customized drinks, and so much more! 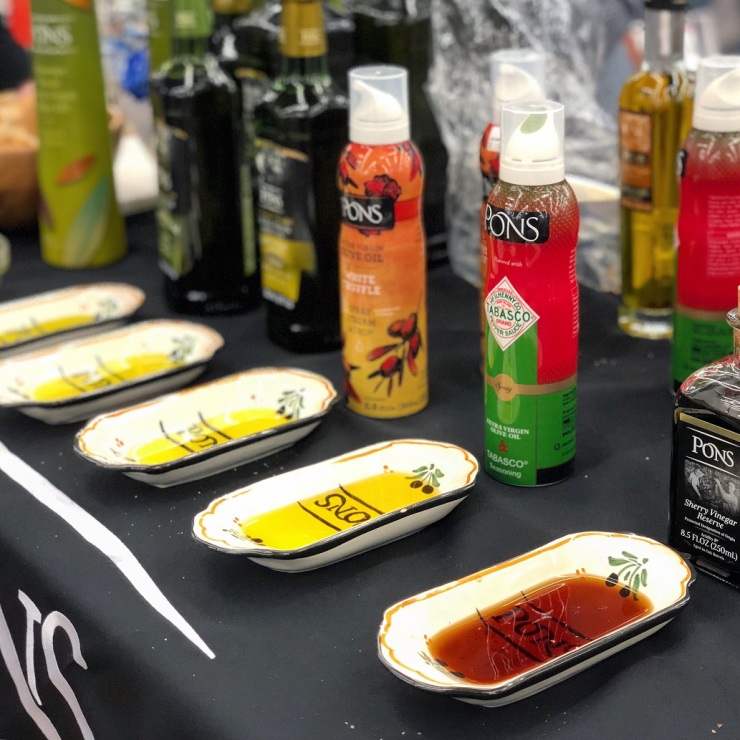 And on top of it all, Bed Bath & Beyond had a table set up with complimentary snacks while you shopped. All in all it was an unforgettable Grand Reopening and they sure won me over! I already loved shopping at Bed Bath & Beyond but adding a Chef Central to this location is just the cherry on top!

If you’re looking for a Bed Bath & Beyond with a little extra horsepower then you have to check out Chef Central! Its hours are Monday through Saturday from 9:00am to 9:30pm. For more information, visit www.chefcentral.com or www.bedbathandbeyond.com.