Year four at Heroes & Villains Fan Fest and this time they’ve upgraded the venue! I was really pleased to find out that the makers of Walker Stalker Con moved HVFF from the Meadowlands Exposition Center in Secaucus to the New Jersey Convention and Exposition Center in Edison!

The space was large, there was plenty of parking, and it was perfect to house the 20 amazing guests from the DC Comics Universe! Though it may seem that way from this year’s NJ event, Heroes & Villains is not always exclusively DC – in fact, they frequently bring on board many actors from other fandoms (Marvel, The Walking Dead, etc.).

This year’s headliners included Ray Fisher (Cyborg of Justice League), Colton Haynes (Roy Harper of Arrow), Tyler Hoechlin (Superman of Supergirl), and many others across the Arrowverse & Gotham TV shows! Unfortunately, due to filming obligations, Stephen Amell, Katie Cassidy, BD Wong, and Italia Ricci were no longer able to attend. But that didn’t stop the show:

Fantastic programming was constantly available, from panels (Gotham, above) to meet & greets, and even live painting by featured artist Rob Prior, who is at every HVFF show. Here he is, putting together a massive Jeff Goldblum project:

In fact, you could say that Heroes & Villains Fan Fest is a great even mix of celebrities, art, and other merchandise! I had a blast looking at all the amazing things you can buy like these canvas prints featuring many of HVFF’s regular guests: 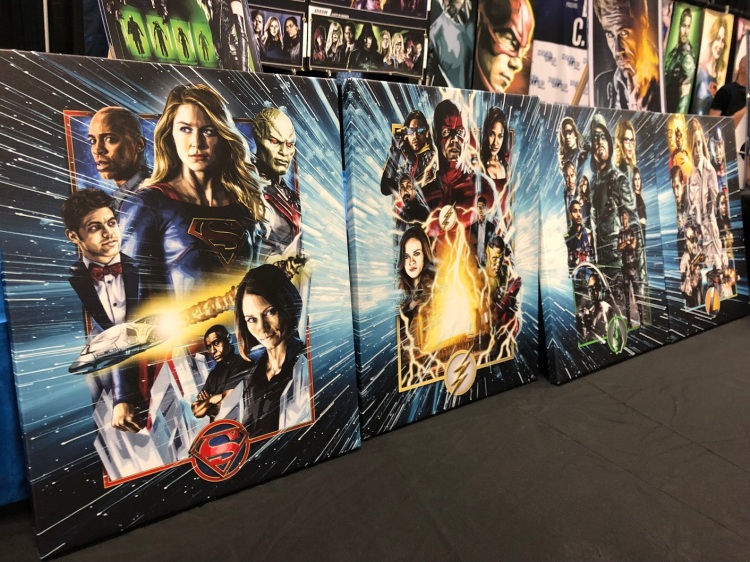 I did get to meet one guest, Tyler Hoechlin, who as I mentioned plays Superman in the CW series Supergirl. He also gained much popularity as Derek in Teen Wolf, and I noticed that many fans were there for his role in that as well! But I’m glad to get this issue of Superman signed by him. It’s still technically the 80th year of Superman, so it’s great to have another Man of Steel autograph in my collection:

And don’t worry – there were plenty of comic books available for sale too! 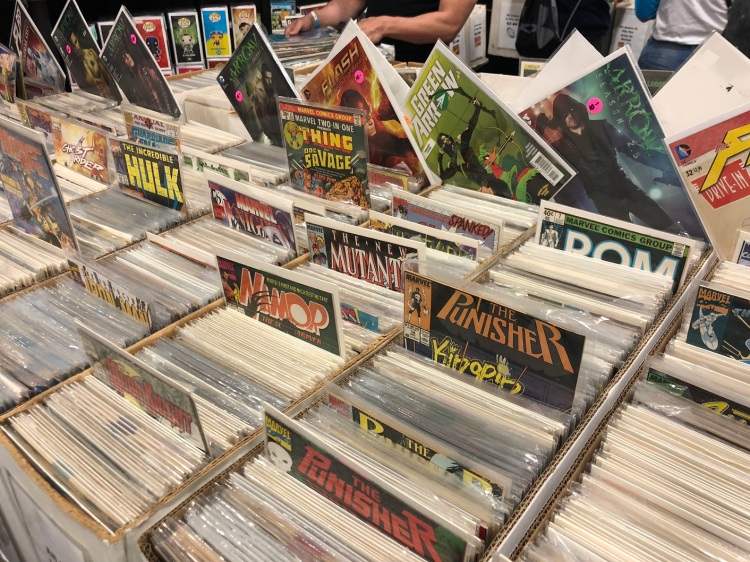 In addition, there were some great vendors exhibiting at this show with movie posters, other convention exclusives, mystery boxes, Lego minifigures, and so much more! 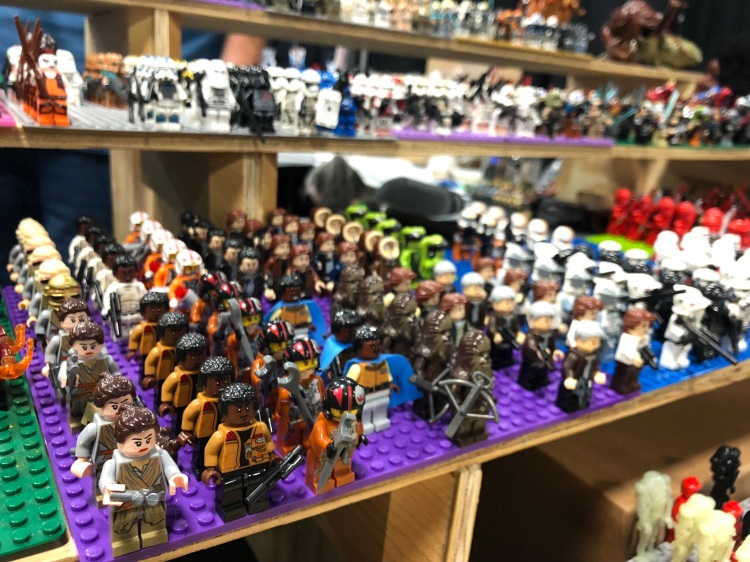 But I absolutely could not leave until I got this amazing handcrafted copper Mandalorian logo by Jackie Stier Copper Creations.

I’ve met Jackie a few times now at other cons, but once I saw this art piece, I knew I had to get my hands on it: 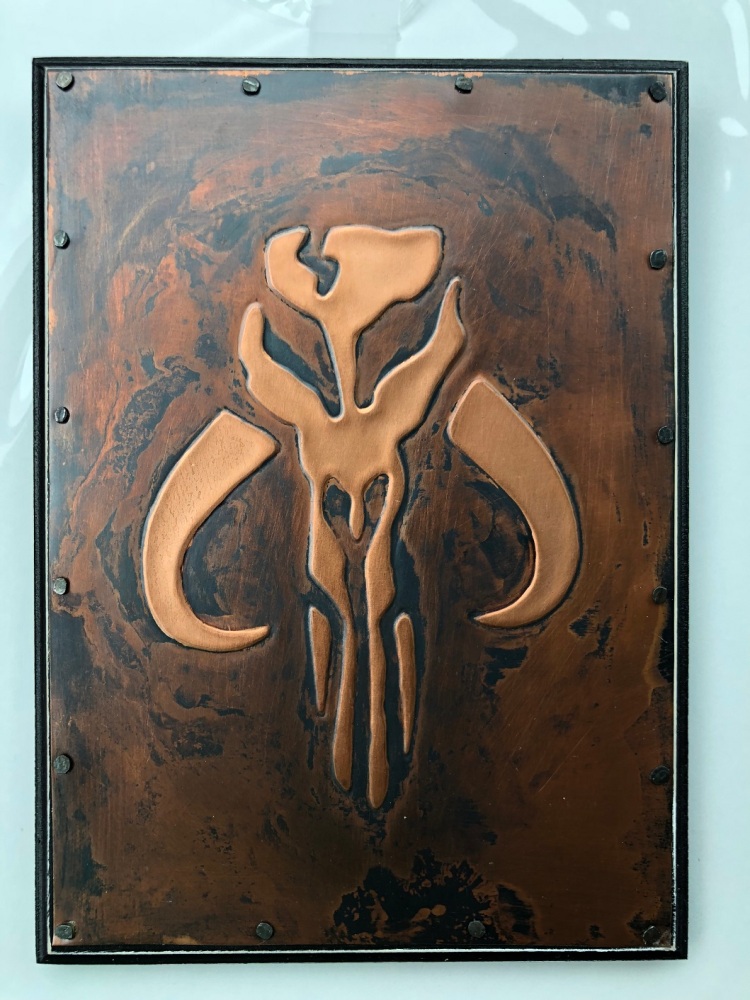 But this is indeed a superhero event, and it would not be complete without some superheroes of our own!

Cosplay was a huge deal at HVFF and you’ll see all sorts of fandoms from DC to Marvel, or even from Stranger Things to Rick & Morty! 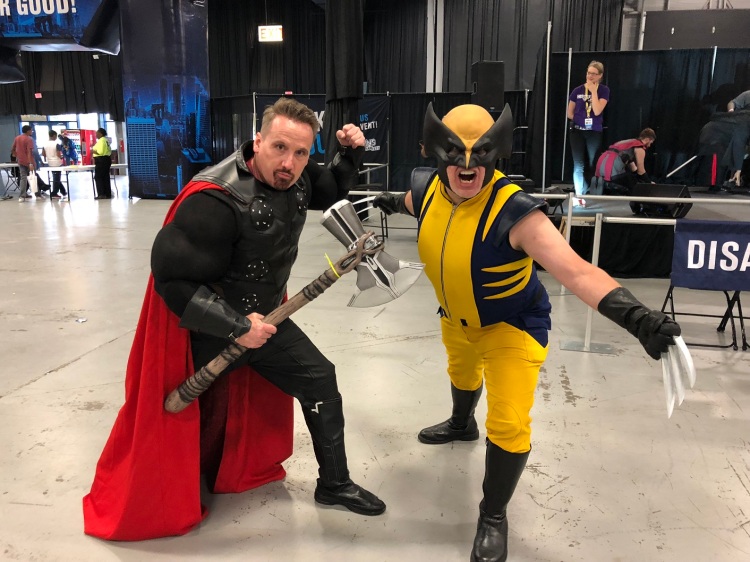 Cosplay groups 501st Legion and Rebel Legion were also in attendance, and there was even a lightsaber demonstration by Saber Guild Corellia. Very cool! 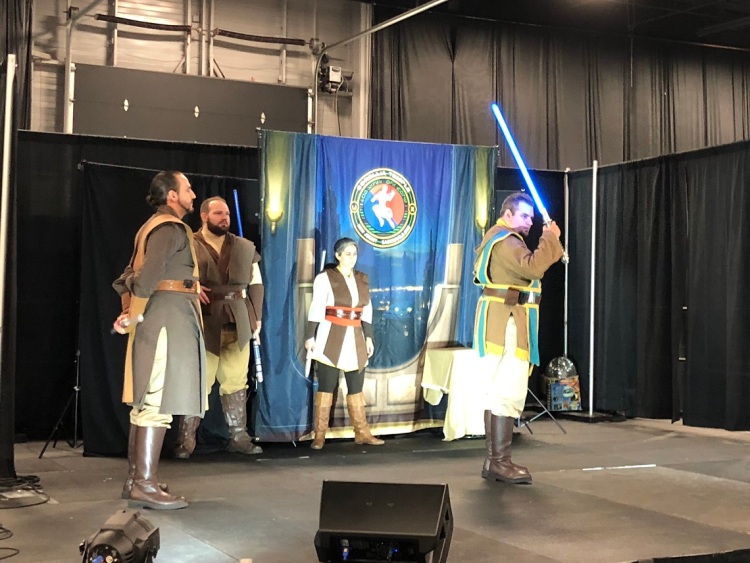 The 501st had some great photo ops with a working R2-D2 unit, their Clone Troopers & Kylo Ren cosplayers, and some cool props too.

Always swing by their booth at these kinds of cons because they often have raffles and giveaways! 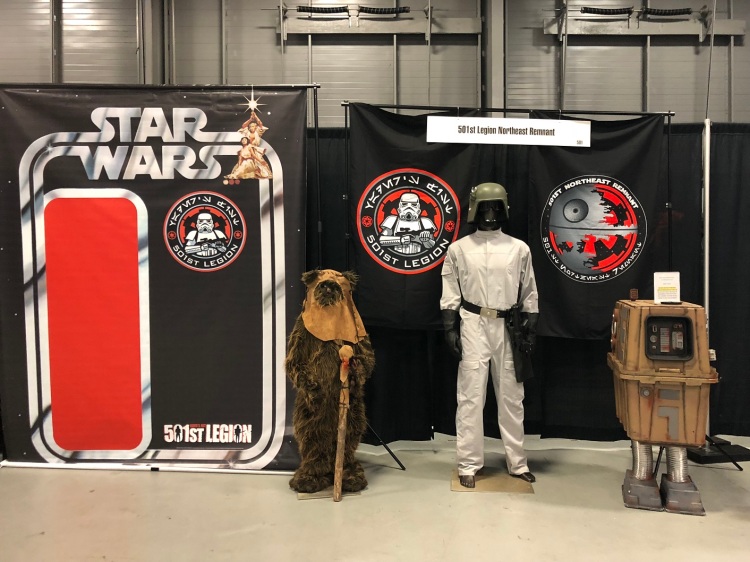 Even though the expo center was really packed, it never felt congested and even the longest of lines were reasonable. However, if lines just aren’t your “thing”, you could always opt for one of the show’s VIP packages to get you moving more quickly!

But whether you enjoy meeting your favorite celebrity, finding some pre-autographed swag, or just snapping a great photo op, Heroes & Villains Fan Fest is great for all ages and provides tons of fun for all fandoms. What I like about this show is that it isn’t overwhelming and is a great way to meet others who share your interests!

Find the next show nearest to you and more information on their website. 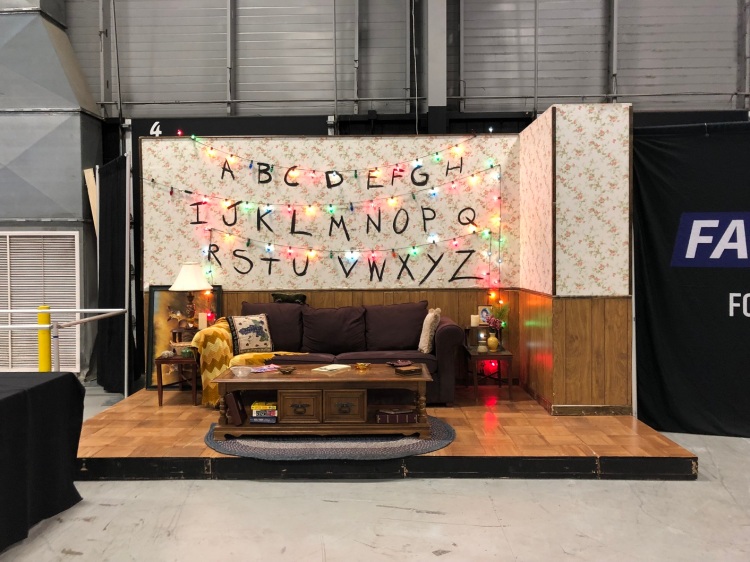