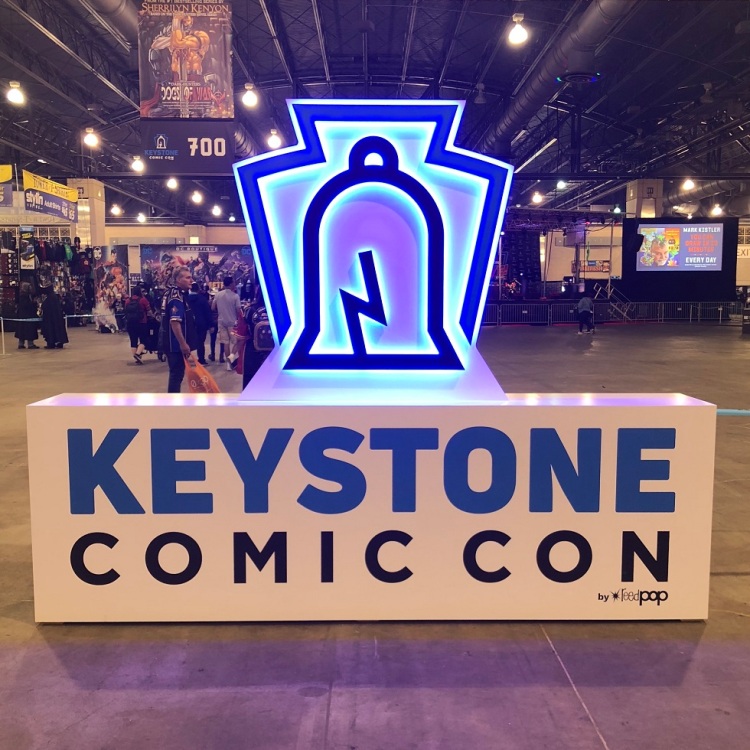 With panels, meet & greets, and fantastic vendors spread across the Show Floor, Keystone Comic Con was a great introduction to the convention scene in Philadelphia. I got to meet a lot of the guests and explore the con without any trouble. So let’s take a look inside and be sure to check out my video at the end of this post!

The first thing I noticed was that KCC had a lot of comic book vendors! In fact, I would even go ahead and say that they were the majority of the vendor booths present! This is great because there was an extensive Artist Alley, as well as many comic book guests that could sign these books.

I didn’t get any books signed by artists but I did meet some of the actors behind some iconic on-screen roles.

Saturday, September 15 was actually Batman Day which is a nationwide day to celebrate all things Dark Knight. It recently became more popular within the past few years and Keystone Comic Con upped the ante with free Batman capes & comic books to the first 1,000 attendees that day! Believe me, they went fast!

But I was glad to meet Kevin Conroy again, who of course is the voice of the 90s animated series Batman, video games, and more. I was fortunate enough to have met him at New York Comic Con in the past but I did have one more book for him to sign and he was happy to oblige: 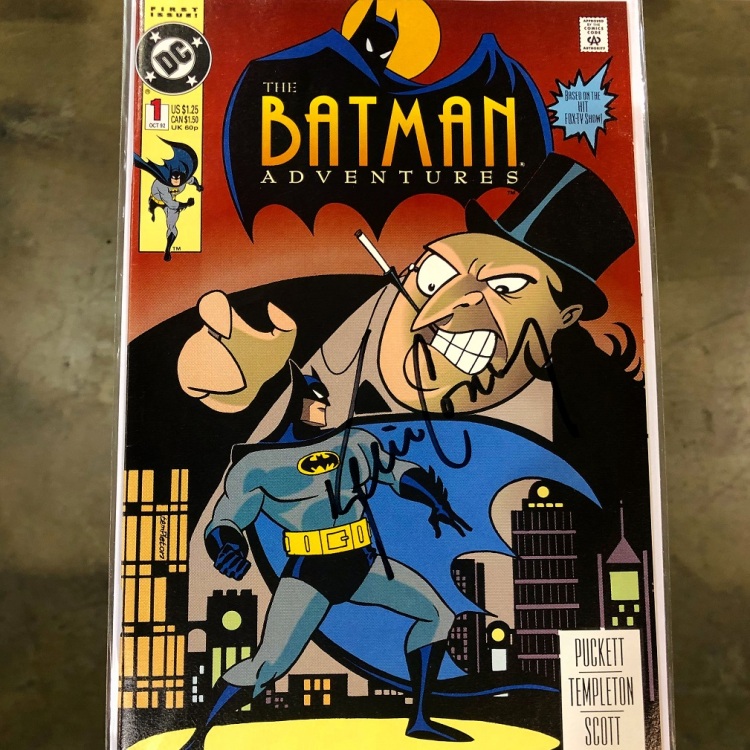 And because CGC was present at this show, I was able to have the autograph witnessed and submitted for their Signature Series (which I love). If you haven’t tried it before and like to get your books signed, I highly recommend their services! They are timely, efficient, and the final product looks amazing whether you display or store your signed pieces!

Speaking of Batman, I also met Joe Manganiello who portrayed Deathstroke/Slade Wilson in the 2017 live action Justice League movie. An appearance by Joe Manganiello at a convention is pretty rare so I had to make sure I stood on line for him!

We got to talk about his recent talk show appearances and what comics he enjoyed as a kid. He really liked the books I brought over for him. Check out how he signed Deathstroke #32 on the right, with the newer minimal title design for DC Comics:

You wouldn’t believe how many Batman shirts & capes I saw as I walked around! It really was quite the sight! But that’s the beauty of being at a comic book event like Keystone Comic Con – everybody has their own fandom and totally owns it…

Which is why I love Artist Alley.

KCC’s Artist Alley was very impressive, featuring roughly 100 artists showcasing their talents and works – all varying in styles & themes, too. Fan favorites like Chris Campana and Bun Leung were chatting it up with fans and working on commissions. But one artist I’d like to highlight is Orlando artist Joey Quintin:

As an Orlando native it only makes sense that he does an amazing job with Disney princesses and Disney-fying other pop culture characters. I made sure to pick up a couple of his prints!

Another cool vendor is Collectibles7 who meticulously hand-builds these figures with metal, even painting some of the armor to make them pop!

And as always, the 501st Legion, Saber Guild, and Droid Builders were displaying the best of the best – screen accurate cosplay & props, and epic photo ops!

And if Star Wars is your thing (because you sure know it’s mine too), you had to have met Ray Park – Darth Maul himself!

Ray’s been very active on Instagram lately and has even recently launched a Cameo account where you can request celebrities like Ray Park, Kathy Griffin, Tom Felton, Lance Bass, and many others to give you a shoutout via video! 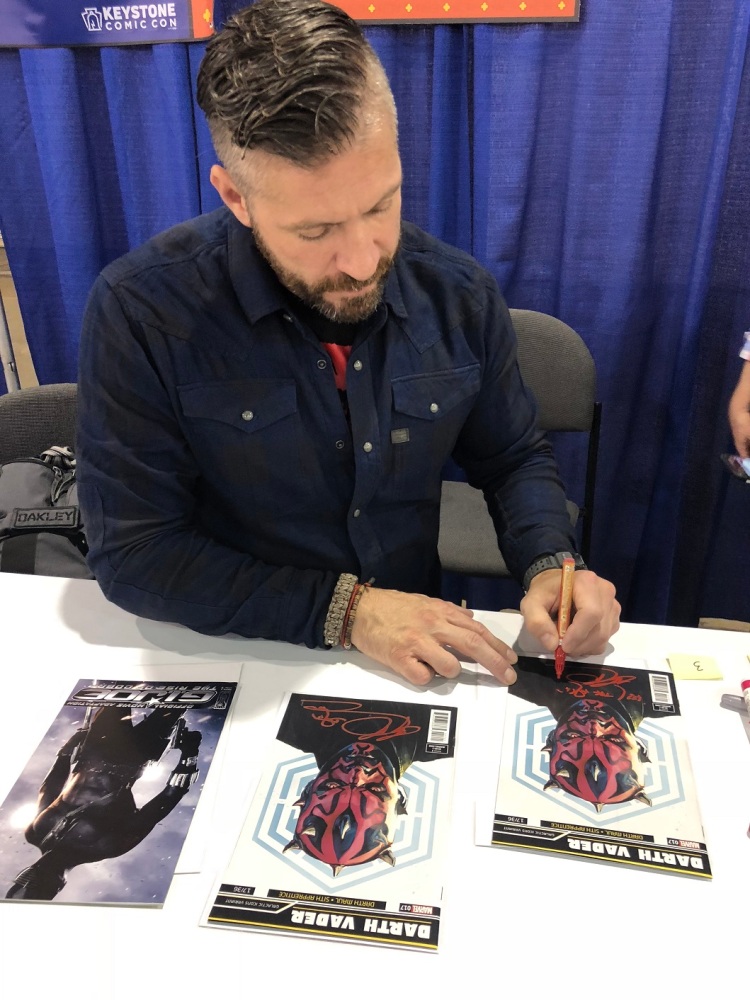 He was so great with the fans and even went the extra mile with inscriptions and telling you stories. If you’ve never met Darth Maul / Snake Eyes (GI Joe) / Toad (X-Men), I highly recommend it! He’s really great in person.

Here are some other autographs I obtained near the end of the con, including Phil LaMarr as Lego Darth Vader (The Padawan Menace) & Tyson (Star Wars Rebels), Rob Paulsen as Lego George Lucas (The Padawan Menace), and Grey Delisle as Maz Kanata (Battlefront II):

All in all, the first Keystone Comic Con was a blast! Filled with fun photo ops, celebrities, comic book creators, and merchandise, it was a solid con for ReedPOP and a memorable entry into the Philadelphia area. If you missed it this time around, be sure to be on the lookout for it next year – from August 23-25, 2019! You can find more information as it develops at http://www.keystonecomiccon.com/

And as always, check out my other photos on Facebook and my video overview below: