For its 19th annual convention, Baltimore Comic Con really took it to the next level inside the Baltimore Convention Center. From September 28 to September 30, BCC was packed with amazing comic book creators, artists, cosplayers, and even media guests for 3 epic days. 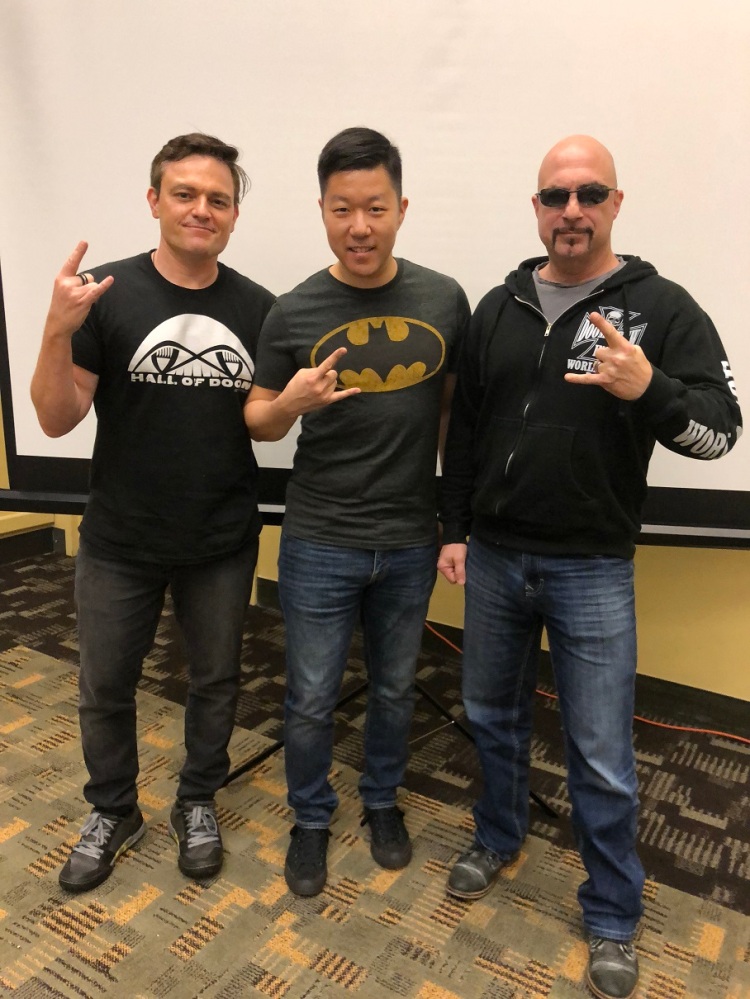 I was able to attend the private panels for Scott Snyder & Greg Capullo, as well as the private event for Frank Miller. As the top billed comic book guests, I couldn’t pass on the opportunity to meet these living legends!

Baltimore offered numerous “Fan Packages” that included autographs, exclusive comics and/or lithographs, and (at times) even selfies & admission. Personally, I think they’re time savers and though they make a dent in your wallet, it also grants you a more personal experience with the guests.

The Snyder/Capullo panel was filled with amazing DC Comics anecdotes about the duo’s collaborations in the past, present, and future. And they even took time to answer fans’ burning questions about the industry and their works.

What made this experience even more worth it was the 5 autographs (each) that was included and even CGC witnessing on hand! If you aren’t familiar with CGC, feel free to check out my two cents on them. 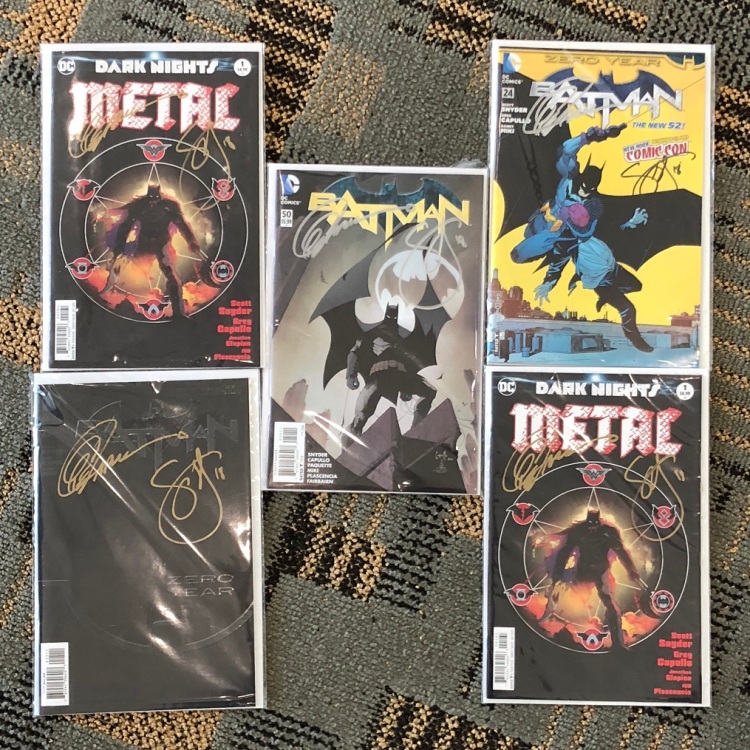 I got signed: two copies of Dark Nights Metal #1 (Midnight Edition), Batman #25 Zero Year, Batman #50, and the NYCC exclusive Batman #24! I can’t wait to get these back from CGC – along with my Frank Miller signed books:

Frank Miller was originally scheduled to appear on both Saturday & Sunday but due to unforeseen circumstances, he had to cut down to only Saturday. Regardless, his private panel was fantastic! There were only a few of us (I’m talking about maybe 25, tops) and a lot of us got to ask Frank questions or just thank him for his iconic work throughout the years. 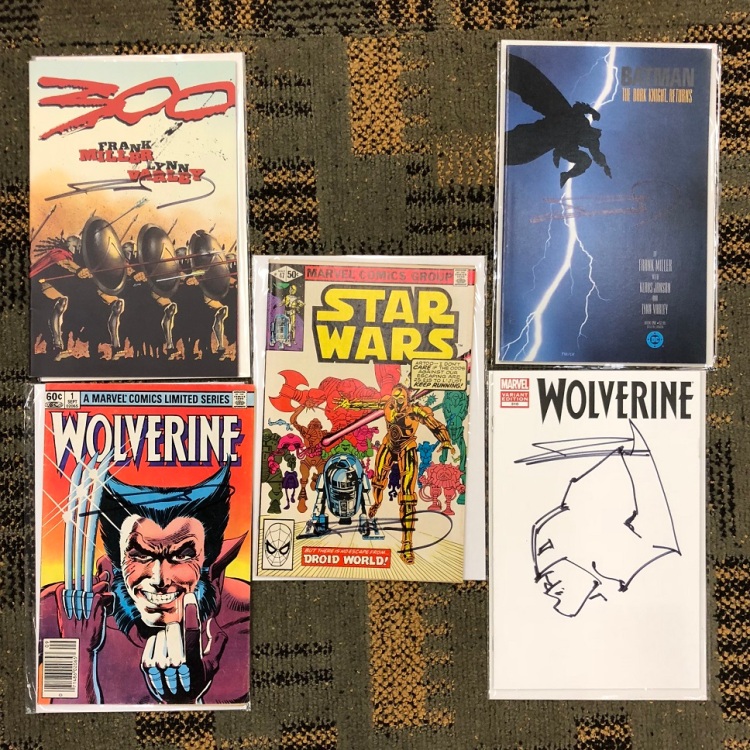 And the con only got better!

The show floor at the Baltimore Convention Center was filled with rows & rows of amazing vendors. Here’s some of the unique merchandise that was catching everyone’s attention:

Jackie’s Copper Creations was yet again a fan favorite at BCC. These custom made copper art pieces are the perfect way to accentuate your go-to fandom all around your home! 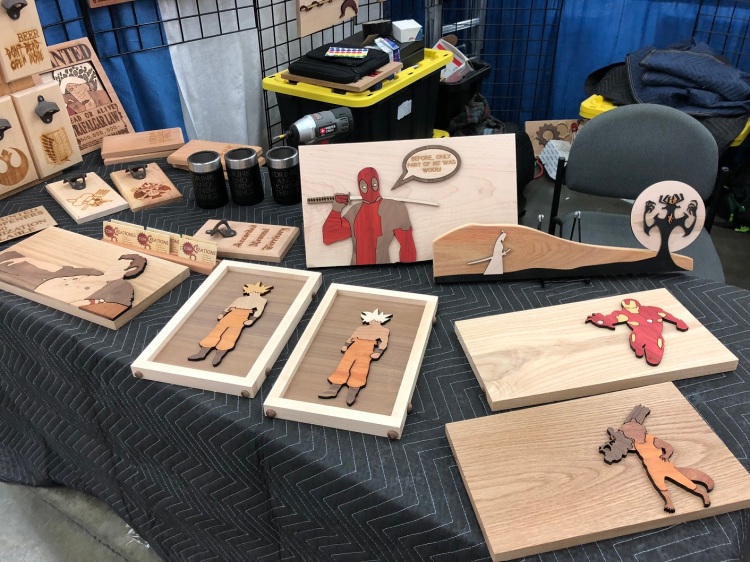 And then check out CDH Creations and their amazing custom woodwork! Not only are these pop culture art pieces colored, but they’re also layered to give off a popping 3D effect! 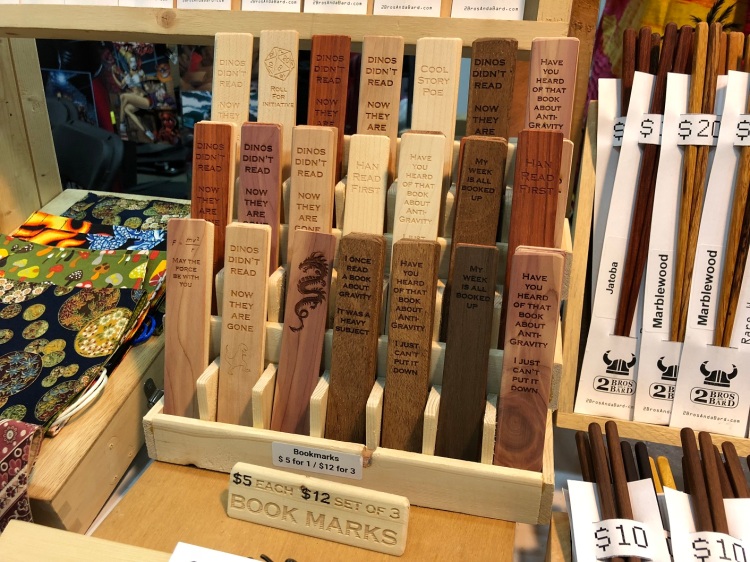 2 Bros and a Bard is another vendor with wood creations. He custom etches bookmarks, chopsticks, and even jewelry!

But I think the most interesting (and possibly creepiest) vendor was Darwin & Wallace’s fossil store:

Be sure to check out my Facebook photo album for the creepier artifacts (or don’t)… Not only did they display teeth & bones, but also preserved animal bodies, rare insects, and other odds & ends!

We even got to wish Zachary Levi & Katrina Law a happy birthday over the weekend!

Both were very great to their fans and I had a blast meeting them! Because there were only a handful of media guests at BCC, you can immediately tell that this was a comic & art focused show, which is great because you get to discover new & old artists. Books you may have already heard of, or stories that are up & coming!

That’s why Artist Alley is so great at comic cons like Baltimore. I stopped by IDW artist Chris Campana’s booth, IDW artist Creees Lee’s booth (and picked up a Daredevil sketch card too), and discovered others along the way!

Here’s Brad Hudson’s booth, who doesn’t necessarily do comic books but does officially illustrate for Star Wars with licensed art pieces. I was able to pick up a licensed Enfys Nest sketch card under Topps that he drew for the Solo: A Star Wars Story line! Very cool and such a great guy too!

I also came across Todd Napier’s booth who won me over with these hilarious Star Wars / Rick & Morty crossover stickers: 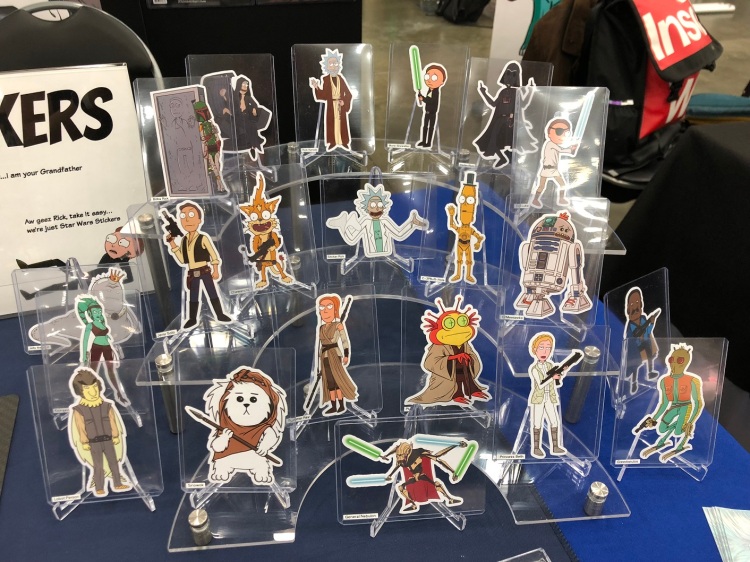 But I think what’s really cool about Baltimore Comic Con is the fact that there’s a very heavy kid-friendly section!

This stands out from other conventions because it creates a great environment for families and children who are just getting into reading and/or comic books. I got to chat with creator Dawn Griffin about her children’s books, illustrations, and 80s cartoon crossovers: 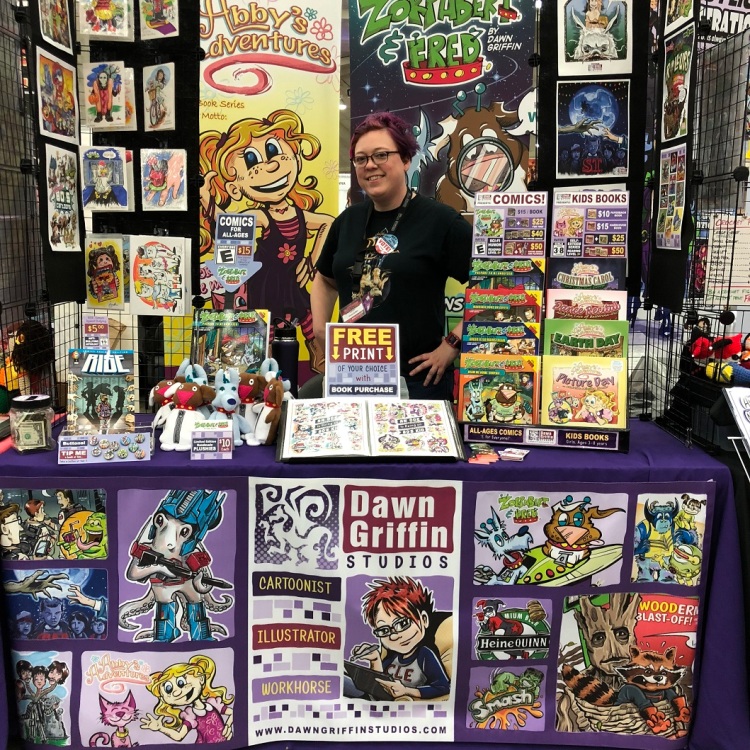 All in all, Baltimore Comic Con was an unforgettable time! Every day was full of amazing content and programming, and not to mention rare opportunities to meet your favorite celebrities and comic book creators!

From rare books to collectibles, to variants and posters, Baltimore Comic Con was constantly energetic and never died down… to the very minute they started shutting the lights off on us Sunday night!

I can’t wait to go back next year and hopefully you’ll be able to join too! But for now, check out my full photo gallery on Facebook and a quick video recap below!