Rhode Island Comic Con, “the BIGGEST show in the smallest state”, returned this year to The Rhode Island Convention Center, Dunkin Donuts Center, and now the Omni Hotel as well! With three action-packed days from November 2-4, RICC 2018 was a massive force to be reckoned with!

Organized by Altered Reality Entertainment, this year’s convention continued their tradition with a hefty celebrity guest list. With headliners like Hayden Christensen, Gwendoline Christie, Tim Curry, and Kiefer Sutherland, attendees were able to meet actors from all of their favorite fandoms. 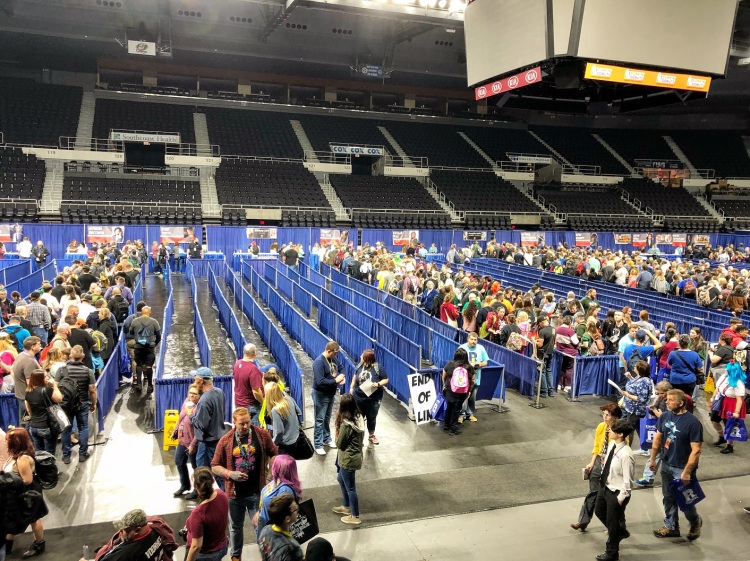 Having attended RICC twice in the past, I had a basic understanding of what to expect this year but was blown away by the organization of the event. With two entrances this year & more efficient security, the lines moved quickly and smoothly. And one of the biggest changes this year was turning the notorious Sky Bridge into a two-way path (previously fans had to exit the Convention Center in order to enter the Dunkin Donuts Center again). This was pretty important since this particular weekend was rainy and nobody wants their collectibles getting wet!

And plenty of collectibles could be found!

On top of the many vendors exhibiting at the con, the official show store was also selling exclusives. This is important to note because many comic cons do not offer exclusives like Rhode Island. We’re talking about comic book variants, convention exclusive books, and even an exclusive Funko Pop of Pennywise from the movie IT!

But if the show store didn’t have exactly what you were looking for, not to worry – there were still aisles and aisles full of great merchandise: 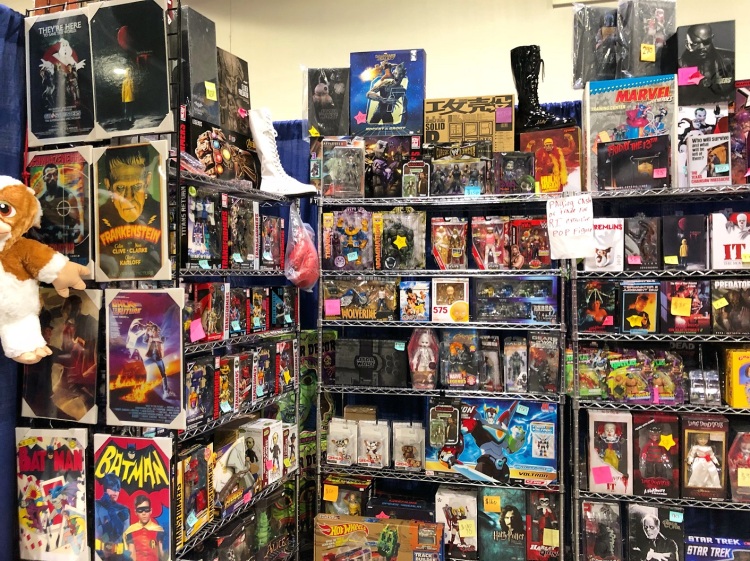 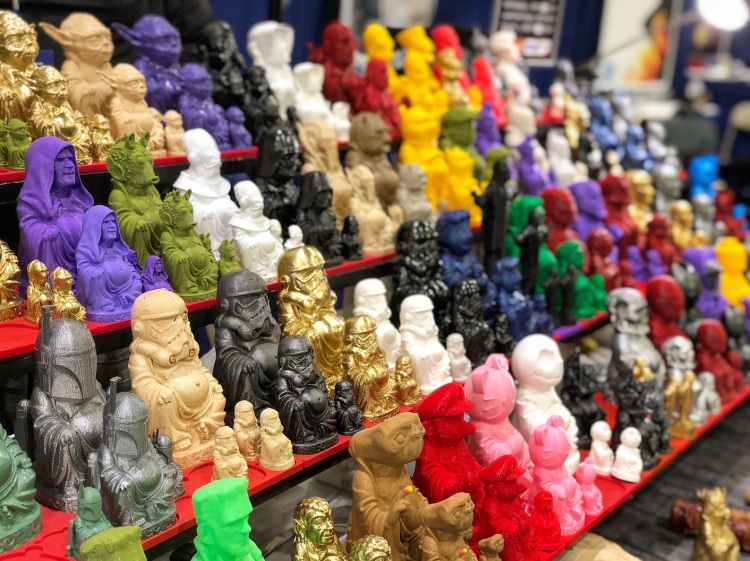 It’s easy to lose track of time while scoping out this awesome convention, so be sure to divvy up your time! Three days may seem like a lot but you’d be surprised how quickly time can pass by.

But the good news is, you’re always bound to see something you haven’t seen before! With tons of vendors, photo ops, and celebrity meet & greets, you’re really in for a treat. Take, for example, the Cox Flight Speed 4D Experience pod!

This is a fairly new VR experience by Cox Communications in partnership with professional drone racing league DRL. Strap in as you get to experience flight like never before!

Rhode Island Comic Con is also a great place to see art like never before as well! Not only does RICC publish their own comics and variant covers, they have amazing creators in Artist Alley that had a hand in them too – artists like Chris Campana, Ian Nichols, and Joe St. Pierre who worked on Rhode Island’s very own comic book series The Rhode Warrior… as well as headliner artists like Deadpool/Cable creator Rob Liefeld, Teenage Mutant Ninja Turtles creator Kevin Eastman, and Clayton Crain.

I was super excited to meet Kevin Eastman and he was even signing your first item free at his booth! Here’s my TMNT comic signed & remarqued by him (and check out my Facebook gallery for more signed items!):

I also got the chance to meet Hayden Christensen again, who portrays Anakin Skywalker in Star Wars Episodes II & III. It was his second convention appearance ever, and his line was arguably the longest out of the whole con! In fact, the longest lines I witnessed were the ones who don’t frequent conventions (ie. Hayden Christensen, Gwendoline Christie, Kiefer Sutherland, Tom Felton, Morena Baccarin). But part of the fun of waiting on these lines is making new friends and talking about all the amazing hobbies we have in common.

I previously met Hayden at Star Wars Celebration 2017, so I’m very happy to finally have a signed Vintage Collection figure. Topps representatives were even at his booth to authenticate items on the spot with tamper proof stickers:

And finally, I got to meet History Channel’s Pawn Stars autograph expert Steve Grad, who is the principal authenticator at Beckett Authentication Services. I had some of my autographed pieces authenticated, and we got to talk about Star Wars, signed items, and snapped a photo together too!

Beckett had two stations set up at Rhode Island Comic Con: one at the Dunkin Donuts Center in the lower level headliners concourse and one at the Convention Center on the 5th floor. They’re considered the premier autograph authentication service provider in sports and entertainment, and if you’ve ever seen an episode of Pawn Stars, you’ve probably seen Steve Grad at work!

And when they’re at cons like this, they offer an amazing $10 special for autographs obtained at the show itself so definitely check them out if you get a chance:

So whether you love getting memorabilia signed, collecting original art, finding rare collectibles, or just enjoy cosplaying at comic cons, Rhode Island Comic Con is one awesome spot to do it all! 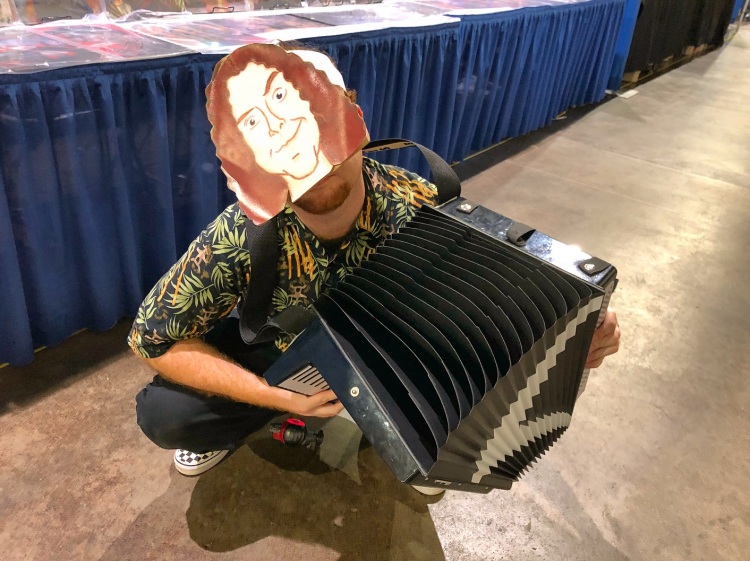 And there really is a little bit of something for everybody. So next time you want to take a picture with a Stormtrooper at the 501st Legion booth or pick up an adorable corgi sticker at Corgli, definitely swing by Rhode Island Comic Con!